Candidates for the post of UN secretary-general: Where do they stand on human rights? 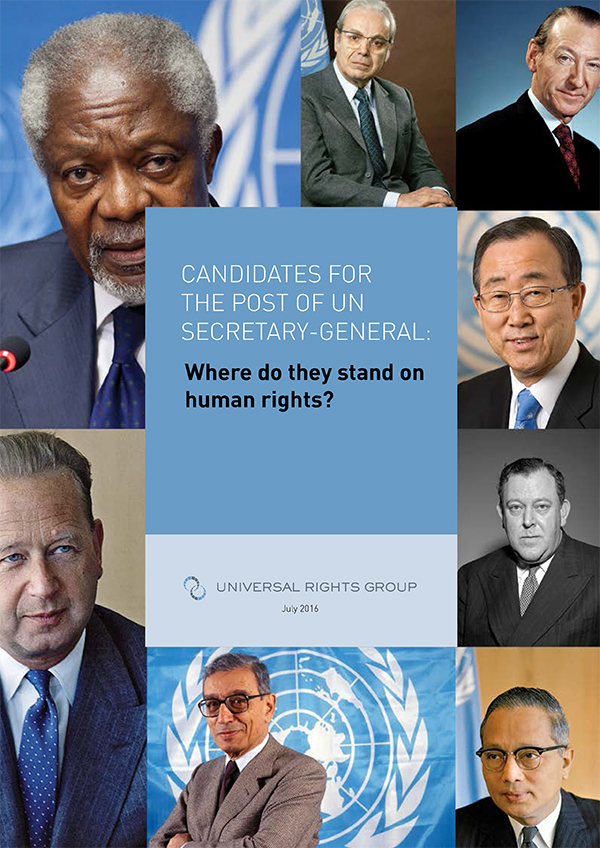 As the chief administrative officer of the UN, the Secretary-General is expected to promote the fulfilment of the UN’s objectives, including the promotion and realisation of human rights. According to the current officer-holder, a Secretary-General is ‘equal parts diplomat and advocate, civil servant and CEO…[and] is a symbol of United Nations ideals and a spokesperson for the interests of the world’s peoples, in particular the poor and vulnerable among them.’

The Secretary-General is appointed by the General Assembly, upon the recommendation of the Security Council.

The selection and appointment process of the UN Secretary-General has been the focus of regular criticism over the years, due to its lack of transparency and inclusivity. Although the formal inter-governmental decision-making process has not changed, this year, for the first time, reforms have been introduced to open the process up to wider participation and scrutiny, by, inter alia, asking the candidates to provide vision statements, convening informal dialogues and ‘town hall’ meetings, and allowing civil society and the media, in addition to States, to engage with the candidates.

As a contribution to that process, URG’s new policy brief offers an assessment of where each candidate stands on questions of human rights. It does so by analysing their vision statements, their experience, their speeches and responses to questions during the informal dialogues, and their comments during the July ‘town hall’ meeting. The policy brief also explains the reformed appointment procedure, and analyses the degree to which scrutiny, questions, and statements have focused on important human rights issues (including thematic issues, and institutional issues related to the Human Rights Council and its mechanisms and programmes).