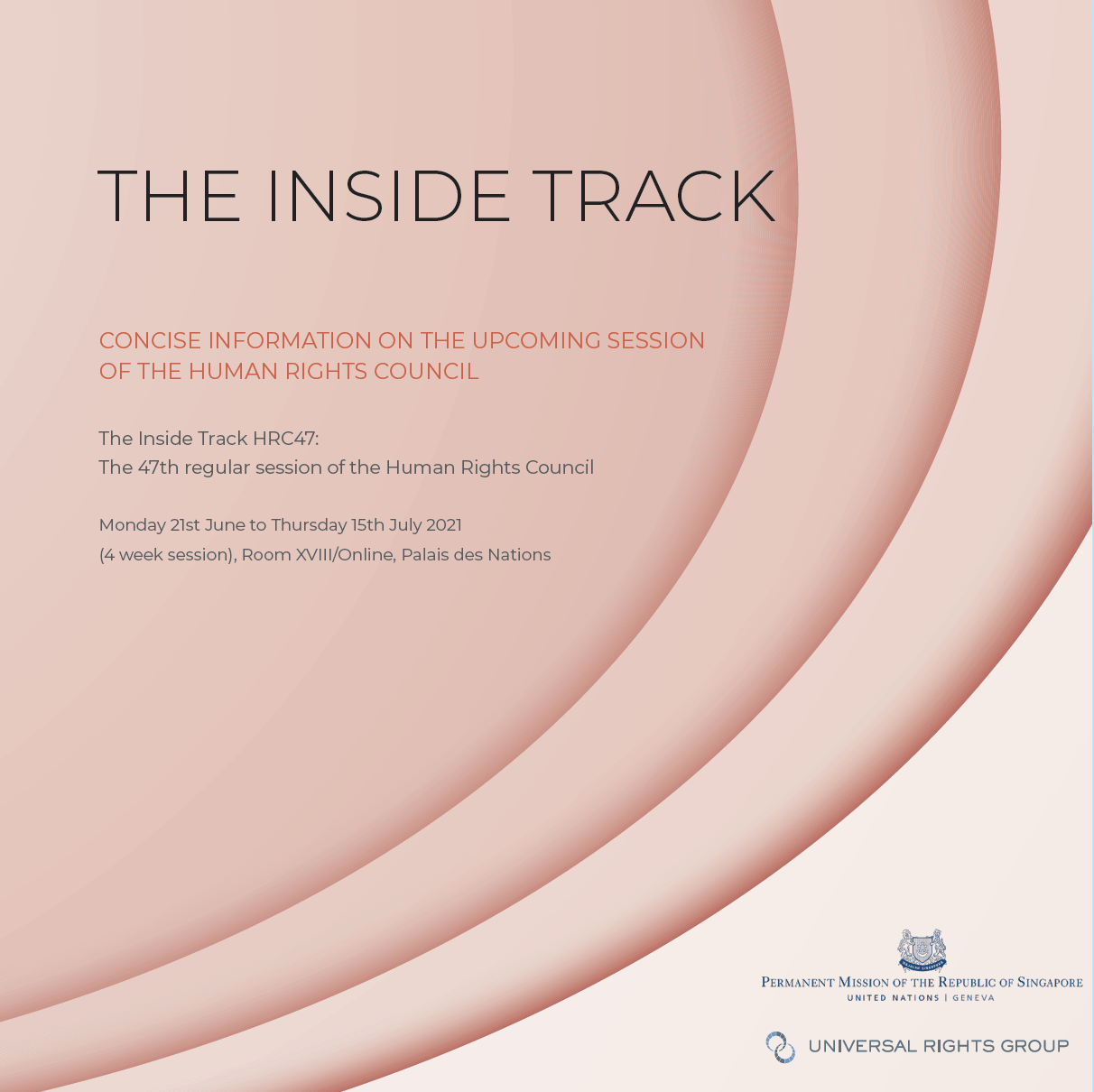 Inside Track HRC47 looks ahead at the 47th regular session of the Council, which runs from 21st June to 15th July 2021. It aims to provide those interested in the Council’s work with an at-a-glance brief on what to expect from HRC47: the key issues, debates, and questions that are expected to keep delegates busy; the country situations that will require the Council’s attention; and the draft resolutions that will be negotiated and voted upon.

Inside Track is produced by the Universal Rights Group with the support of the Permanent Mission of Singapore. At HRC47, Inside Track will be published only in an electronic format due to the precautionary measures being taken to prevent the spread of SARS-CoV-2.

Expected highlights at HRC47 include:

The French version of the Inside Track is available here.