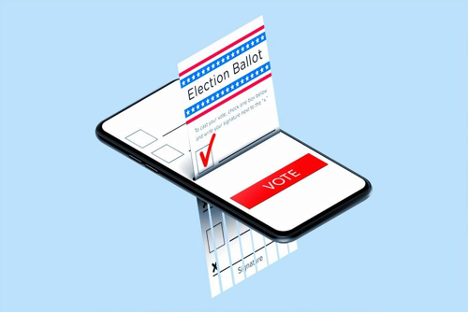 ‘I know that I have blood on my hands,’ Sophie Zhang, a former Facebook data scientist wrote in a memo about her time with Facebook. Zhang claims that Facebook allowed for heads of state and political parties from around the world to misrepresent themselves through fake accounts and to spread disinformation. She cites in particular an operation by the Azerbaijanian Government to influence the re-election of President Ilham Aliyev. Zhang claims that not only did Facebook fail to take down fraudulent accounts connected to the operation but, instead, took down the accounts of human rights activists, when the activist accounts were reported by other users. Facebook is just now beginning its investigation into Azerbaijan, but its investigation comes after the damage has already been done – similar to its delayed investigation of interference on its platform during the 2016 US election.

Zhang’s warning comes at a pivotal moment. Early voting has already begun for the US election in November, with reports of foreign interference in the election via social media platforms attracting very little concern from the sitting US President. Recent bipartisan reports from the US Senate have even found that President Donald Trump’s 2016 campaign actually welcomed foreign interference, and Channel 4 News revealed that the 2016 Trump campaign used social media platforms for targeted voter suppression against Black Americans. About a month out from the US election, we’ll examine the most recent indications of election interference, and steps taken (or not taken) by Twitter and Facebook to slow the phenomenon of disinformation and examine what the effects could be for elections in the US.

Russian interference, then and now

A bipartisan Senate report released in August gave ‘the most detailed account to date of the Trump campaign’s embrace of Russian election interference’ in the 2016 election. Despite repeated denials by the Trump administration, the report ‘shows how much the Trump campaign relied on hacked Russian information for its own political gain…’. To this day, the Trump administration continues to deny these findings and no tangible action has been taken, leaving the American public without protection from foreign interference in the upcoming election. As recently as this July, Senate Majority Leader Republican Mitch McConnell blocked multiple election security bills, earning him the nickname ‘Moscow Mitch,’ and only acquiesced to funding election security less than a month ago.

On 3 September, a document from the Department of Homeland Security Office of Intelligence and Analysis reported that Russia intended to continue to undermine the US electoral process. Russia has the potential to weaponize misinformation about the US vote-by-mail system (which has also been perpetuated by Trump) to further American distrust in democratic institutions and the outcome of the election. These actions are neither new, nor unexpected, and seem to follow a playbook employed in the 2016 election.

What is unlike the 2016 election is the addition of a global pandemic, causing voters to choose between voting in person or the current more popular option: voting by mail. With COVID-19 at the centre of the election and a primarily vote-by-mail system in place, foreign entities are in a prime position to change the tide of US discourse and wreak havoc on the entire democratic system with a new and improved disinformation campaign.

Twitter has grown into a wide-reaching, fast-paced source for real-time information and communication. Due to its speed and ever-growing audience, however, facts can be distorted with little time for checks before reaching millions of viewers in a matter of seconds. This is all too true with disinformation and the upcoming election. In an attempt to update its current policy to better reflect the state of the platform and the way news is circulated, Twitter is attempting to narrow in on foreign interference, most notably Russian interference.

The push by Russian controlled social media accounts has only become more pronounced over the course of this administration. In response, Twitter Safety issued a statement on 1 September that it has suspended five accounts attributed to Russian State actors for platform manipulation. The FBI’s Foreign influence Task Force partnered with Twitter to take down the accounts spreading counter information across the platform and on 6 August Twitter began an initiative to label accounts ‘belonging to State-affiliated media entities, their editors-in-chief, and/or their senior staff.’ Twitter hopes this branding of accounts will clarify for the general public exactly where information is coming from. Twitter has specifically made an effort to label Russian and Chinese media in the hopes of dispelling information coming from outlets previously sharing unmonitored content.

Much of the false information spread across Twitter has been coming from domestic sources as well, including from the US President. Notably, on Twitter, the ‘@POTUS’ account is labelled, while ‘@realDonaldTrump’ is not. Both Twitter and Facebook have flagged fraudulent posts from Trump about mail-in voting on the grounds of platform violations.

Facebook has recently taken similar action in June 2020 by labelling media outlets controlled by States. The new labels can be found under Facebook’s transparency and ad library tabs. Facebook has also now begun to label posts regarding the election by providing a link to their voter information page rather than simply removing any misleading posts.

Additionally, Facebook has announced that it will limit advertising the week before the Presidential election. This move, however, comes with an important caveat. CEO Mark Zuckerberg has said that Facebook would no longer accept new political ads in the final week but will continue to run ads purchased before the deadline ‘even if they contain misinformation’. It is his belief that fact-checkers and journalists will have ample time to check these ads before the election. Arguably, this is a band-aid solution (or not a solution at all). There are ads that are currently running that are fraught with disinformation and unchecked sources.

Finally, according to Politico, Facebook announced on 7 October: ‘[W]hile ads are an important way to express voice, we plan to temporarily stop running all social issue, electoral, or political ads in the U.S. after the polls close on November 3, to reduce opportunities for confusion or abuse.’

Can anything be done?

With mail in ballots and a huge rise in disinformation, the 2020 election is poised to be the most influential and contentious in US history. Human rights in the United States cannot afford the toll of disinformation and the disintegration of democracy.

The spread of disinformation and the precarious nature of our election has attracted the attention of the Carter Center. In response to the ‘erosion of democracy,’ former president Jimmy Carter and the Carter Center is launching its first ever US election initiative. This is a portentous decision as the Carter Center specialises in the monitoring of free and fair elections, including ‘more than 110 elections in the Middle East, Africa, Latin America, and Asia since 1989.’ States at risk of backsliding during elections are often characterised by polarisation, a lack of public trust, ethnic or racial divisions and injustice, and fears that election results won’t be seen as credible or could trigger violence.

There is more awareness now of the problem and acknowledging the manipulation of users is a step in the right direction. But the actions taken by Facebook and Twitter are not only insufficient but arguably too late. The damage is done and American voters now must proceed through this last month leading up to the election with caution, fact-checking, and applied pressure on the sources of disinformation. The information currently being transmitted reaches millions of people globally and with the threat to civil and political human rights at stake, allowing disinformation to continue to circulate is complacency in a fundamentally hijacked electoral process.

Photo credit: By @morningbrew on Unsplash