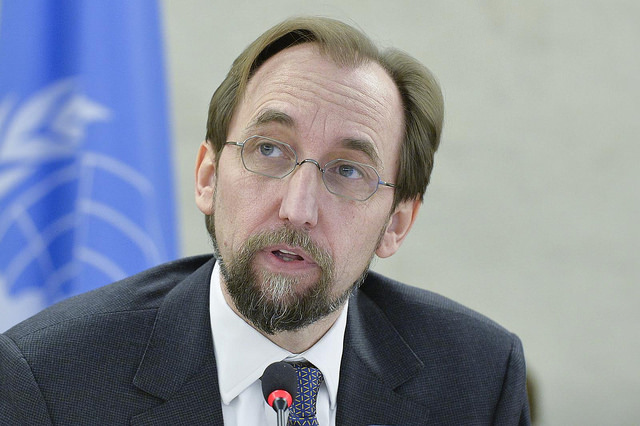 Speaking after the first informal briefing yesterday, URG Director Marc Limon said: “Before today it was easier for the High Commissioner to brief the Security Council than the Human Rights Council. The wise decision of the President of the Council, Joachim Ruecker, to begin the practice of convening these informal Council briefings, at the request of the High Commissioner, rectifies that anomaly and represents a significant step forward in making the Council more responsive, relevant and efficient.”

Although the idea of more regular briefings by the High Commissioner has been raised before, including in the context of the Council’s five-year review, yesterday’s briefing, organised immediately after the organisational meeting of the 29th regular session of the Council, stemmed from discussions during three policy dialogues held in advance of the second Glion Human Rights Dialogue, as well as during the Glion retreat itself (5-6 May). During those discussions, delegations and NGOs from all regions called for the Council to make better use of the expertise and reach of the High Commissioner, including in the context of prevention and early warning.

At the beginning of his briefing, the High Commissioner referred to the innovative nature of the briefing, and to its potential utility:

The new informal briefings, he noted, “add a new element to the Council’s growing relevance to human rights around the world.” “It is very important and encouraging,” he continued “to the mandate of the High Commissioner to be able to bring promptly to your attention new developments or information. I hope that this new format will lead to greater and timelier action by regional and national actors, as well as by the Council.”