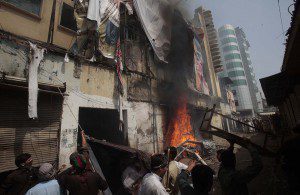 It is almost impossible to turn on the news today without witnessing scenes of hatred, violence and intolerance perpetrated in the name of religion or belief. The march of ISIL across Syria and Iraq, with associated reports of gross and systematic violations of human rights, may be an extreme example of such hatred, but it is part of a broad global trend which over the last week alone has seen a siege and killings in Sydney, anti-‘Islamisation’ marches and counter-marches in Dresden, and the murder of over 130 children in Peshawar by religious fundamentalists.

The UN, and in particular its Human Rights Council, is the only global body with the mandate and the means to fight back against such manifestations of religious intolerance and discrimination. Yet a new study by the Universal Rights Group, a Geneva-based policy think tank, reveals that the UN’s strategy to combat global intolerance is failing to stem the tide. Indeed, at a time when, and on an issue where, UN leadership is needed more than ever, members of the Human Rights Council has reverted to old arguments over the nature of the problem and the correct way to respond. 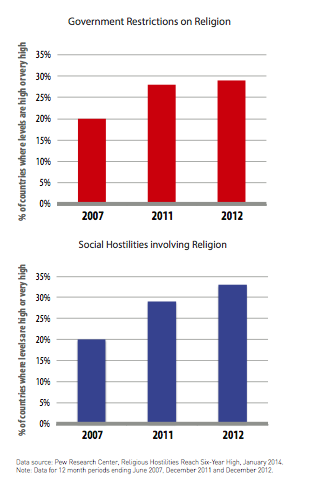 Events in Iraq, Syria, Australia, Germany and Pakistan come against a background of heightened religious hostility and discrimination in virtually every part of the world. According to a recent report by the Pew Research Center, violence and discrimination against religious groups by governments and rival faiths have reached new heights in all regions except the Americas.

In the face of such trends, it is clear that the fight against religious intolerance and discrimination must be a key political priority for the international community, and in particular the UN and its Human Rights Council.

The main UN global policy framework for combatting religious intolerance, stigmatisation, discrimination, incitement to violence and violence against persons based on religion or belief is set down in Human Rights Council resolution 16/18. Resolution 16/18 was adopted, with much fanfare, in March 2011 and hailed by stakeholders from all regions and faiths as a turning point in international efforts to confront religious intolerance. After more than five decades of failure, UN member states had, it was hoped, at last come together to agree a common, consensus-based approach and practical plan of action.

Almost four years on, and against the aforementioned backdrop of heightened religious hostility, UN consensus around the ‘16/18 framework’ is at breaking point. Rather than working together to implement the 16/18 action plan, states have returned to pre-2011 arguments over the nature of the problem, the correct role of the international community, and whether the solution to intolerance lies in strengthening the enjoyment of fundamental human rights or in setting clearer limits thereon.

Against this background, the Universal Rights Group, a think tank focused on international human rights policy, has today published a major new research report analysing the effectiveness of UN policy and international action against religious intolerance and discrimination (available online). 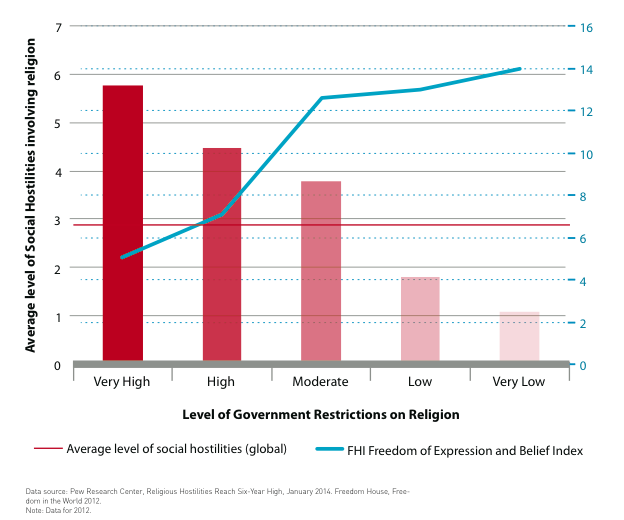 Yet the report also shows that promoting respect for freedom of religion and freedom of expression is not enough on its own. If states are to strike a blow against intolerance, they must also take a range of supplementary (and complementary) steps to strengthen policy (in line with resolution 16/18).

The report ends by proposing a set of recommendations designed to ‘re-energise’ the 16/18 process and thereby strengthen the international community’s ability to effectively respond to rising intolerance and discrimination.