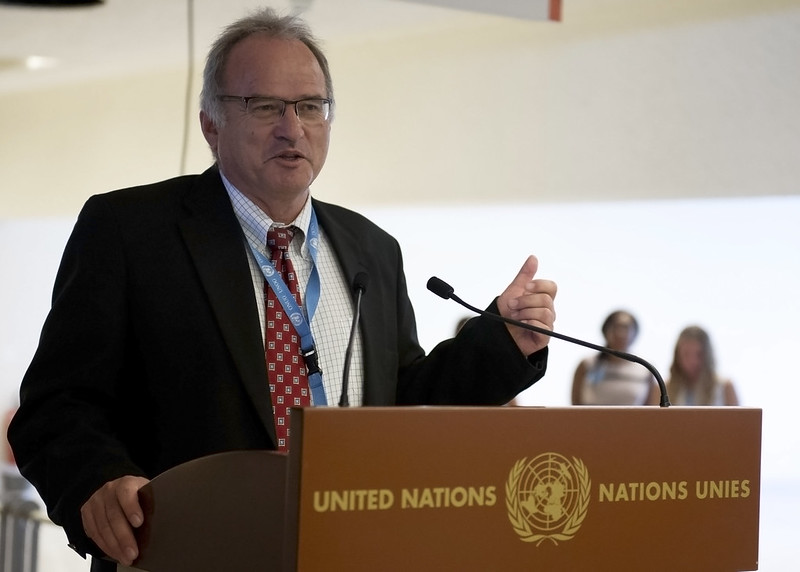 Everyone at the Universal Rights Group (URG), board members and staff, are shocked and greatly saddened by the news that our friend and colleague, Professor Christof Heyns, passed away yesterday (28 March 2021). Our thoughts and prayers go out to his family.

Christof was a giant of the human rights world. He allied a brilliant mind with a fierce determination to make sure that the universal principles he did so much to help shape would actually mean something to individual rights-holders – that that UN human rights system would bring real and tangible improvements to people’s lives. At a personal level, he was warm, kind and always incredibly generous with his time.

Christof Heyns (born 1959) was a Professor of Human Rights Law at the University of Pretoria, where he has also directed the Centre for Human Rights. He was a member of the UN Human Rights Committee (2017-2020), and in that role helped draft General Comment 37 (2020) on the right to peaceful assembly. Earlier (from 2010), he held the mandate of UN Special Rapporteur on extrajudicial, summary or arbitrary executions. Professor Heyns was also one of three experts appointed to conduct the UN Independent Investigation on Burundi and served as its chair.

He was also extremely active within the African regional human rights system. In particular, Christof served as adviser to the African Commission in developing its influential General Comment on the Right to Life, adopted in 2015.

Christof joined the Board of Trustees of the Universal Rights Group in April 2016. He has worked closely with the secretariat on a number of projects, including those focused on the domestic implementation of international human rights obligations and commitments, and on the history of the UN human rights system.

Christof made the world a better place for all, through his eminent contributions to theory and practice of human rights. An outstanding scholar and practitioner, he was also charming and witty, and inspired and mentored many human rights defenders from around the world. I had the good fortune of working with him and benefiting from his wisdom and expertise. Though he leaves behind a void that cannot be filled in the lives of all who loved him and worked with him, he will live on through his timeless legacy to humanity.

“I knew of Christof long before I knew him personally. Like most diplomats who saw him address the Human Rights Council, I was always impressed by his depth and breadth of expertise, and his gravitas. Shortly after URG was established we got in touch to discuss a project looking at the early history of the UN human rights system, and the brilliant men and women who built it – the giants of the human rights ‘project.’ I was immediately struck by his fascination with, and commitment to that project, but also by his humility, generosity and kindness. In the years since, we have spent many hours, usually over a curry at the Little India restaurant, discussing the history of the UN human rights pillar, the human rights ‘implementation agenda’ – of which he was a foremost authority and pioneer, South African politics, including his role in drafting the human rights chapter of South Africa’s constitution, and world history, including his studies of the life and works of Jan Smuts. I will forever be thankful for those happy moments, and proud to have called Christof a colleague and friend. He now joins the other giants of the human rights movement, whom we so often discussed over lunch.”