Almost exactly a hundred years ago today, the Paris Peace Conference adopted the Covenant of the League of Nations and appointed the British diplomat Eric Drummond as the first Secretary-General. The choice was fortuitous.

In this article, which will be split into two parts, I will seek to explain how Drummond built the first-ever independent international civil service, and how that service was tested by the League’s administration of the minorities treaties. I will also show how, eventually, the international civil service transitioned, after the Second World War, between the League’s minorities regime and the new United Nations’ human rights system.

A recently published book, co-authored by four former UN officials, has thrown new light on the character and personality of Eric Drummond, and argues that this influenced the nature of the international civil service (ICS) that emerged in 1919 and 1920. The book: ‘Eric Drummond and his Legacies – the League of Nations and the Beginnings of Global Governance’[1] seeks to resurrect the reputation of this ‘forgotten pioneer of international cooperation;’ and to place on record his central role in building the programmes and activities of the League, and later in transforming the international civil service into the specialised agencies, programmes and departments of the UN. 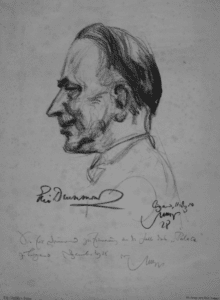 A leap into the unknown

In 1919, there were two schools of thought about the nature of international administration. The orthodox view was held by an influential British civil servant, Maurice Hankey. Hankey was Secretary to the British war cabinet, and Secretary of the Paris Peace Conference. He turned down the job of Secretary-General of the League. In retrospect, this was a very fortunate decision. Hankey was not a great believer in ‘international administration.’ He preferred the League to be staffed by officials seconded, for limited periods of time and specific functions, from national ministries of foreign affairs. This was more or less how the handful of international organisations had functioned before 1914. Hankey also did not want the League to have any executive functions.

Drummond however, together with people like Jean Monnet (of subsequent EU fame) whom Drummond invited to be his Deputy, took a very different view. It was this more ambitious and progressive approach that would eventually shape the civil service of the League and then the UN – with both executive and technical functions. The essential elements of Drummond’s vision have endured for a hundred years, and still shape the organisation and operation of the UN secretariat today. 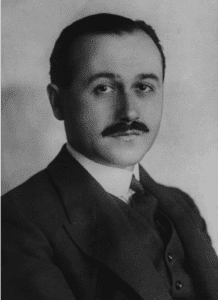 What are those essential elements?

First and perhaps foremost, there is the notion of loyalty to the international organisation. This does not mean forgoing one’s national identity, but rather that strict loyalty to ‘international interests’ must take precedence. Second, there is the notion of independence, reflected in the oath of office that all UN officials must still take. In particular, this includes the vow not to seek or to receive instructions from any government. Drummond introduced the idea of and provided the wording for the oath of office under the League, and his original wording was maintained when the same oath was introduced by the UN in 1945. Third, the notion of impartiality, objectivity and renouncement of any partisan or political motive. The classic statement of the principles that Drummond put in place is found in a report submitted by its British member, Arthur Balfour, to an early meeting of the Council of the League in May 1920:

‘Evidently no one nation or group of nations ought to have a monopoly in providing the material for this international institution. I emphasise the word ‘international’ because the members of the secretariat once appointed are no longer the servants of the country of which they are citizens, but become for the time being the servants only of the League of Nations. Their duties are not national but international.’

Some years later, in 1956, Dag Hammarskjöld – another great Secretary-General – stated that:

‘In the whole field of international politics, one of the most radical innovations was the creation […] of the notion of an international secretariat as something lifted above all national contexts. That was a creation by Sir Eric Drummond. I admire the way in which he gave it body and weight. We have had to repeat the experiment. In doing so, I personally learnt very much from both the difficulties and the principles of the first experiment.’

Drummond was a believer in internationalism, of people from different countries working together to solve common problems. During the later stages of World War One, a group of British, French, Italian and American officials worked together in London to ensure the most efficient use of Allied maritime transport capacity in supplying food, medicines and armaments to the right places at the right times. This was a collective effort, was highly successful and probably helped shorten the War. After the War, many of these officials, inspired by the experience, joined Drummond in setting up the League of Nations secretariat.

This is how the notion of an executive function (now engrained in international administration) was introduced into the League’s civil service in the early 1920’s. It was controversial at the time, but the force of events proved overwhelming.

The secretariat’s most pressing task was to cope with the acute post-War problems of Eastern Europe; specifically the need to return prisoners of war and to address acute refugee problems. Other work included the control of disease and the economic stabilisation. The League’s founders had not anticipated that such action would be necessary, but Drummond and others responded to each need and request as it arrived in his ‘in-tray.’

Such an ‘executive function’ provided the basis for the administration by the League of the so-called ‘minorities regimes’ introduced at the Paris Peace Conference. The 1918 defeat of the Austro-Hungarian, German and Ottoman Empires led to the creation of States in 1919 and thereafter that were not always drawn along strictly ethnic lines. American President Woodrow Wilson (with his Fourteen Points in mind) had argued in Paris that nothing was more likely to disturb world peace than the potential mistreatment of minorities. He felt that new States should provide explicit guarantees to their minority populations (i.e. the ‘minority treaties’).  Therefore, together with the main Treaty of Versailles, a series of discrete treaties were adopted requiring the new States to treat their minority populations fairly.

The second part of this article will explain how the League administered the provisions of the minority treaties, and how this experience was later transferred to the UN in its administration of emerging human rights declarations and conventions.

John Burley is a co-author of the book “Eric Drummond and his Legacies: the League of Nations and the Beginnings of Global Governance”.
He worked for the United Nations (UNDP; Office of the Director-General; UNCTAD) from 1972-2004.