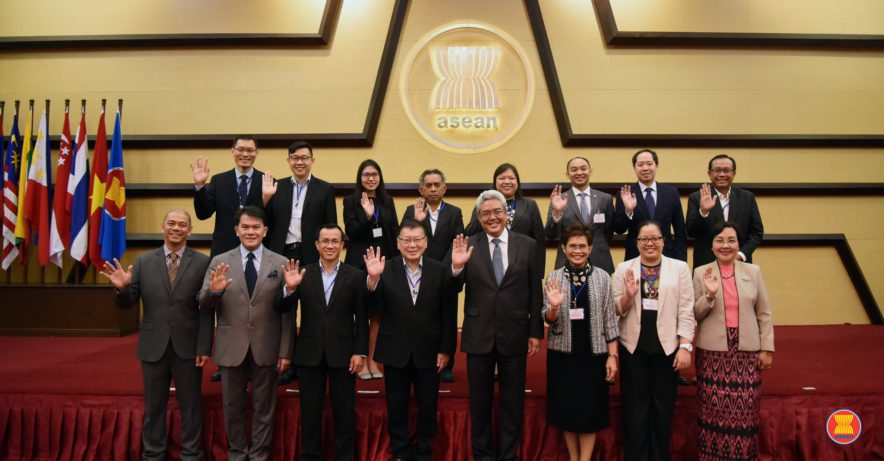 More than two decades have passed since the concept of an ASEAN ‘Socio-Cultural Community’ (ASCC) emerged for the first time. The idea first appeared in proposals for a ‘Community of Caring Societies,’ adopted by ASEAN countries in their ‘Vision 2020’ (adopted in 1997). Six years later, ASEAN proposed to build an ASCC in its ‘Declaration of ASEAN Concord II’ (Bali Concord II) and an ‘ASCC Plan of Action’ was launched in 2004. In 2009, an ‘ASCC Blueprint (2009-2015)’ was unveiled to map out a people-centered and socially-responsible ASEAN Community by forging a common identity and building a ‘caring and sharing’ society. In 2015, ASEAN officially declared the completion of the ASCC.

The ASCC is an ambitious social initiative focused on poverty eradication and human development, against a backdrop of profound socio-economic changes in the South-East Asian region. ASEAN has long been committed to creating a common ASEAN identity through dialogue and cultural exchange, based on inter-religious and inter-cultural respect. However, it always lacked a concrete and implementable action plan to make it happen. That changed in 2017, with the ASEAN Declaration on a ‘Culture of Prevention for a Peaceful, Inclusive, Resilient, Healthy and Harmonious Society’ (i.e. the ASEAN Declaration on CoP), adopted at the 31stASEAN Summit. The Declaration on CoP represented a paradigm shift in the mindsets of governments in South-East Asia, and a major boost to the realisation of the ASCC.

In the years since then, the CoP has become an increasingly prominent feature of the lexicon of ASCC. Efforts to take forward and institutionalise the CoP have included: the convening of a special retreat of ASCC Council Ministers, in March 2018 in Singapore; and the development of an ASEAN ‘Plan of Action on CoP,’ discussed by senior officials from the ASCC pillar in May 2019 in Chiang Mai, Thailand.

What is ASEAN’s Culture of Prevention?

ASEAN’s CoP is based on a mindset shift from a focus on ‘downstream’ to ‘upstream approaches’ to policy, in order to better respond to challenges that hamper sustainable and inclusive development. In line with evolving UN work on prevention, ASEAN’s CoP aims to work with States to build and strengthen resilience. In an important break from more traditional or ‘downstream’ policy approaches to issues such as extremism, through law enforcement or rehabilitation, CoP seeks to mitigate social harms through, for example, values-based education (i.e. to prevent violence from taking roots in the first place). As well as being more effective than ‘downstream’ approaches, it is also understood that prevention is more cost-effective and more sustainable.

What is the focus of the Culture of Prevention?

ASEAN fully understood that the root causes of violence and conflict lie in issues such hate crime and hate speech, cultural misunderstanding or misinterpretation, human trafficking, drug use, youth crime, the irresponsible use of media and social media, and racial and religious intolerance. In addition, the displacement of populations due to human-induced natural disasters, environmental degradation, and a lack of access to basic physical and mental well-being, greatly undermine social cohesion. Add in further destabilising factors such as poverty, inequality, marginalisation, social exclusion, youth unemployment, youth disenfranchisement, corruption, a sense of social injustice, a lack of access to education, health care and other basic government services, and lack of economic opportunities, and the ingredients of division and violence are all present.

Against this backdrop, the ASEAN CoP emphasises four key principles:

The six thrusts of ASEAN CoP

How will ASEAN promote the CoP?

Promoting CoP calls for a coordinated approach amongst the ASEAN Political-Security Community, the ASEAN Economic Community, and the ASEAN Socio-Cultural Community. The development of a CoP is closely related to the inter-dependency of each of these three pillars and successful coordination between them. Moreover, the ASEAN Declaration on CoP calls on all sectoral bodies of the ASCC pillar to mainstream a CoP into their respective work plans.

The CoP will also be fostered through values-based education and lifelong learning, improved access to basic social services, youth engagement, and sport. All forms of media will be leveraged to engage, educate and empower people, especially the youth.

On 13 May 2019, a proposed ASEAN Plan of Action on CoP was considered at a meeting of senior ASEAN officials from the ASCC pillar in Chiang Mai, Thailand. According to reports of the meeting, ASEAN will soon kick-start an outreach campaign for the six key priorities of CoP.

Yang Yue is Deputy Director and Associate Professor of the Institute of Asian Studies and the China Foreign Affairs University.

Photo credit: First Meeting of ASEAN Working Group on The Declaration on Culture of Prevention (CoP) for a Peaceful, Inclusive, Resilient, Healthy and Harmonious Society. asean.org