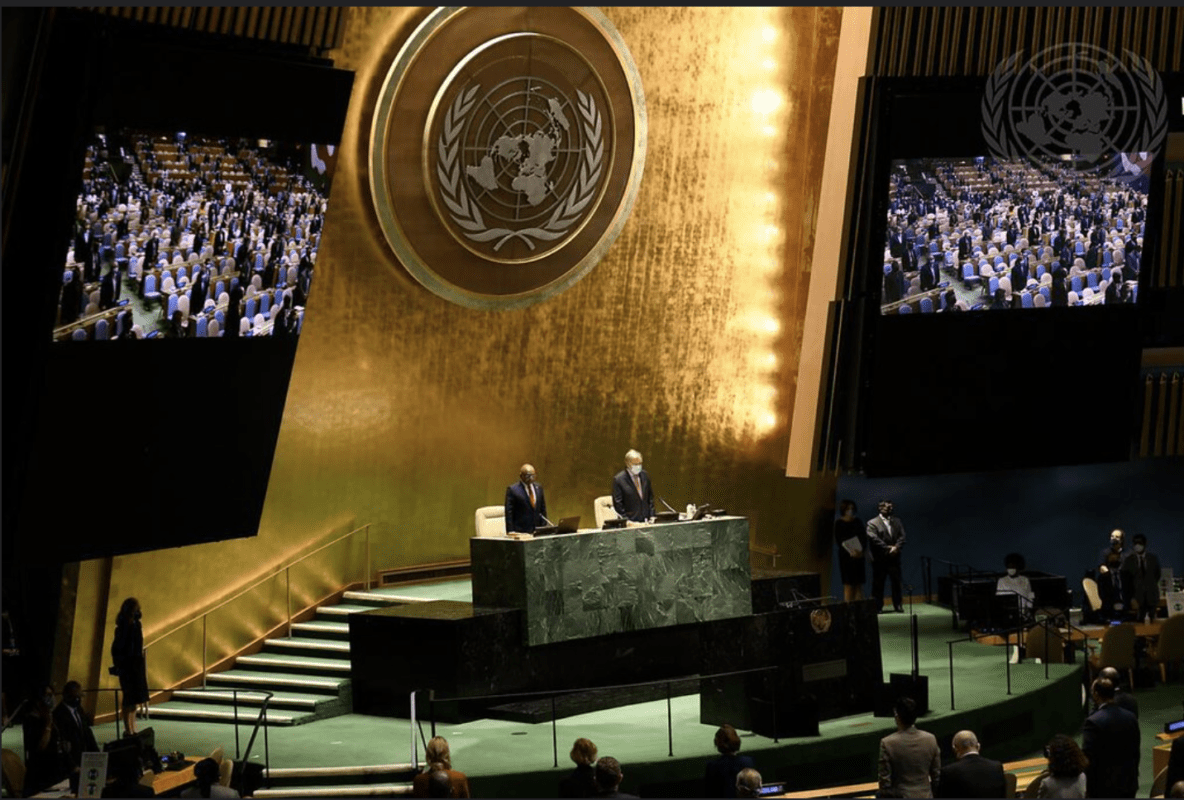 In the pre-pandemic world, each fall world leaders would descend upon New York City to speak at the General Debate of the UN General Assembly (UNGA). Last year, this tradition was disrupted (as so many others) by the COVID-19 pandemic. Instead of migrating to Turtle Bay,  world leaders were invited to submit pre-recorded videos of their speeches in place of the physical gathering in New York, which were broadcast as ‘live’. This year, a hybrid format was adopted, as such some dignitaries were able to deliver their speeches in person, while other statements were pre-recorded.

The world’s leaders, presidents, prime ministers, foreign ministers and other dignitaries were given fifteen minutes to share their country’s perspective on global trends, conflicts, crises and proposed solutions for their own country and the world.

The high-level speeches, therefore, offer a fascinating window into the issues that world governments and leaders see as their principal priorities for the next twelve months – including in the area of human rights. So, which issues and crises took center stage in 2021? And what will world leaders be prioritising over the coming months?

This year’s UNGA (UNGA76) focusses on the following overall theme: ‘Building Resilience through hope to recover from COVID-19, rebuild sustainably, respond to the needs of the planet, respect the rights of people, and revitalise the United Nations.’

This theme was also the subject around which the opening statement of His Excellency Abdulla Shahid (The Maldives), President of the General Assembly, was built. In it he put forward his vision for the ‘Presidency of Hope delivering for people, planet and prosperity’, which is based on five elements, including vaccine equity; build back better, stronger, greener, and bluer from COVID-19; the climate crisis; human rights; and UN reform and revitalization.

The UNGA76  general debate, chaired by the President of the General Assembly, H.E. Abdulla Shahid, began on 21 September 2021, and ended on 27 September. The UN Secretary-General, António Guterres, introduced his annual Report on the Work of the Organization at the opening of the general debate. The general debate saw the participation of 188 UN member State representatives, including Heads of State, Heads of Government, and Ministers. 18 of the speakers were women, which is double the number of women who spoke last year.

URG NYC’s analysis of the 188 high-level speeches delivered by member States at this year’s general debate identified over two thousand references to 77 human rights-related topics or subjects. When clustered and prioritised (only themes raised by at least five different speakers were included in the final analysis), URG was able to identify a number of key themes and situations raised by world leaders.

For each ‘word cloud’ below, the size of the word reflects the total number of mentions of the given theme or situation. A number of different ‘word clouds’ are presented: one summarising the (overall) top human rights issues; one detailing all top thematic issues and country situations of concern (human rights-related or otherwise); and one relaying the most talked-about country-specific human rights situations. URG also created analyses/‘word clouds’ identifying the top economic, social and cultural rights discussed, and the top 10 civil and political rights raised by States. Below these are analyses/‘word clouds’ showing top priorities for member States serving on the Human Rights Council, and the top priorities related to human rights for each regional group of States. 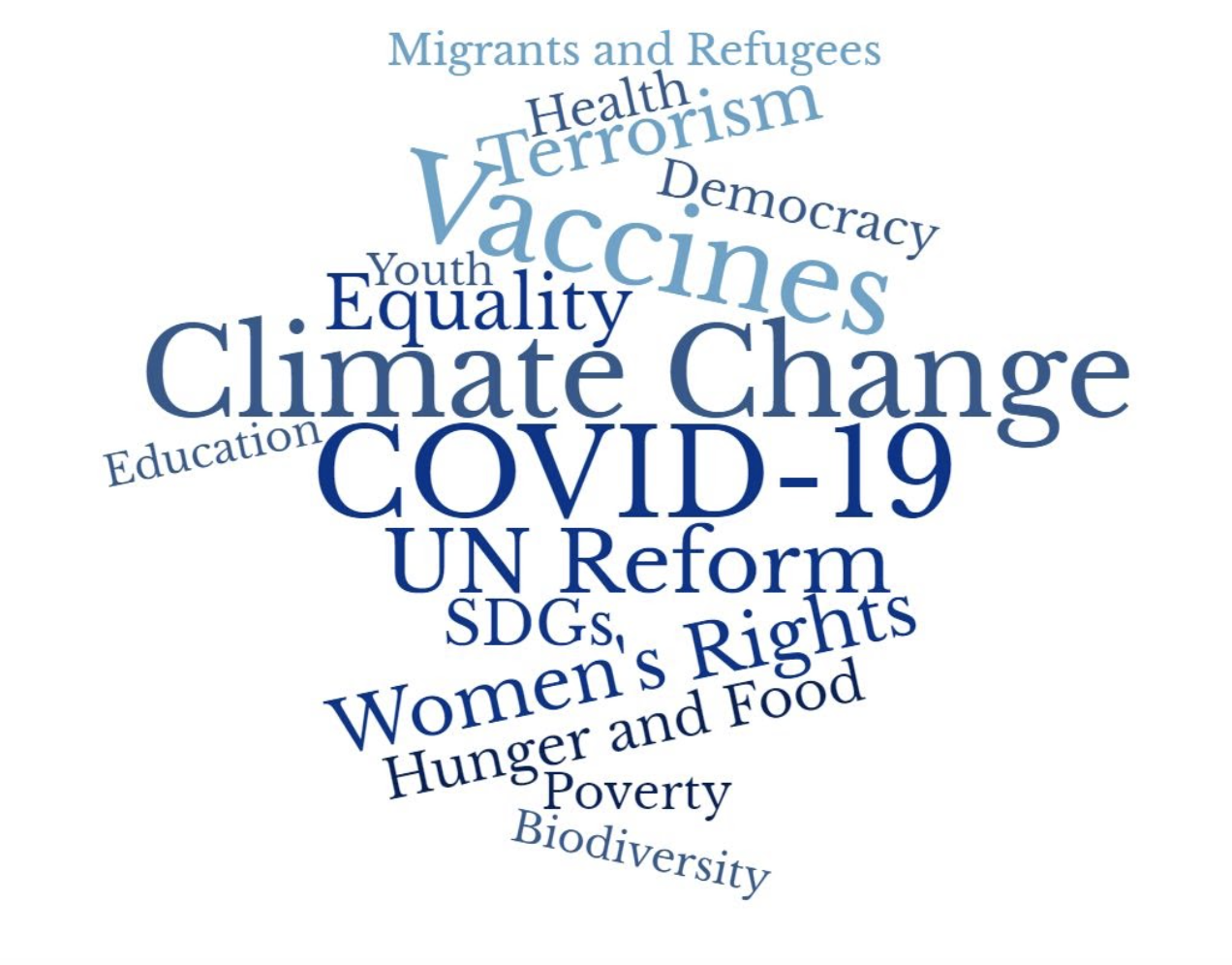 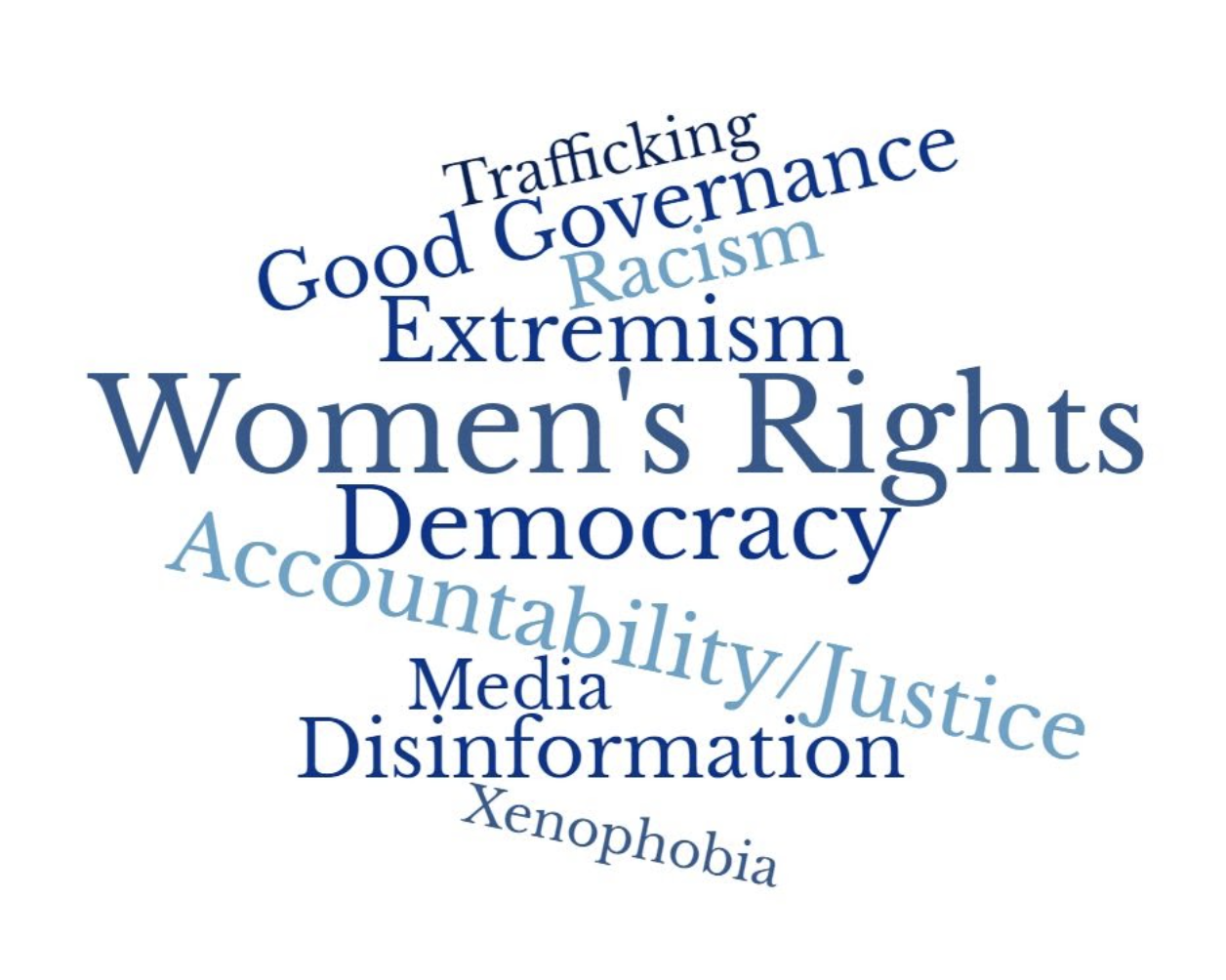 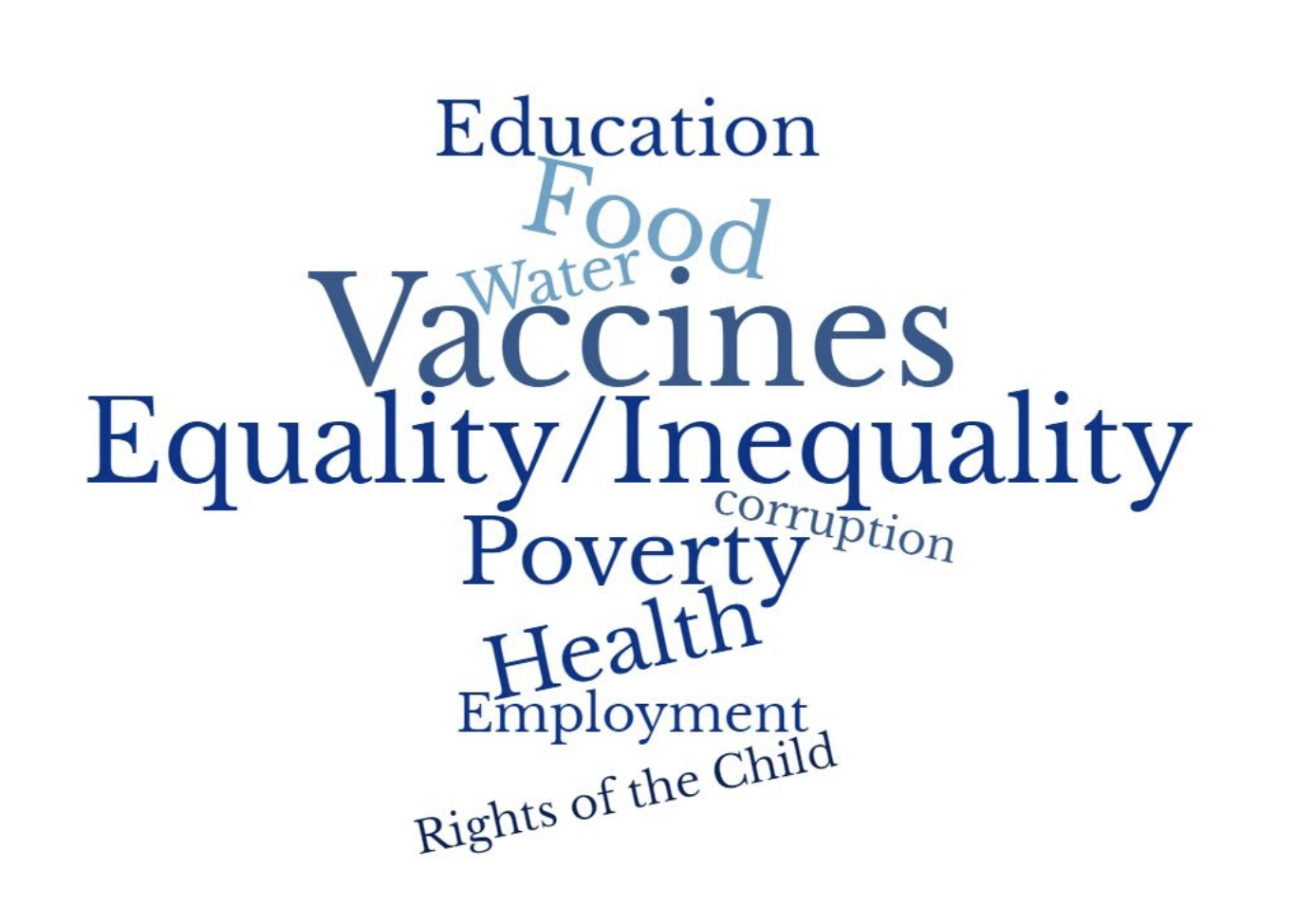 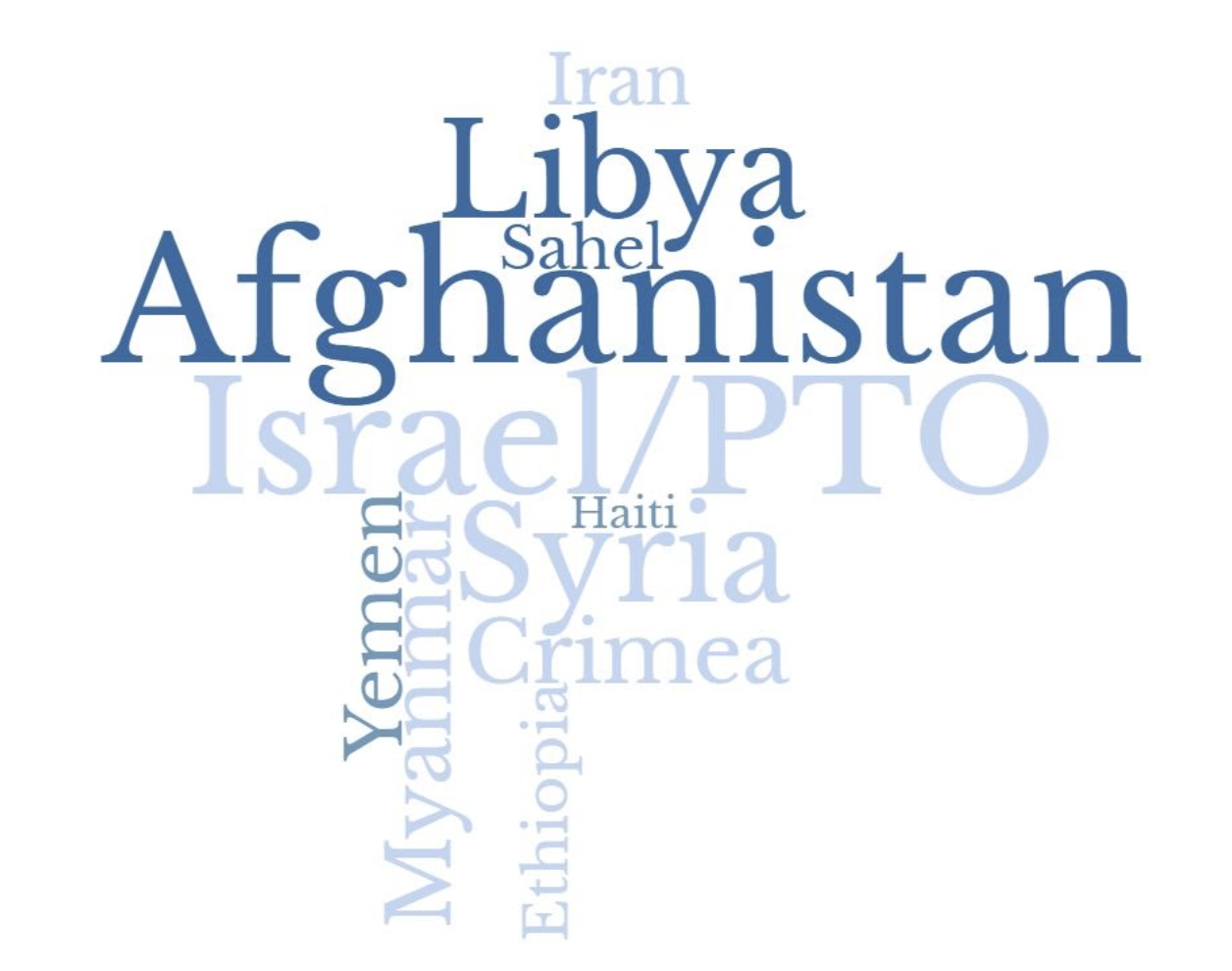 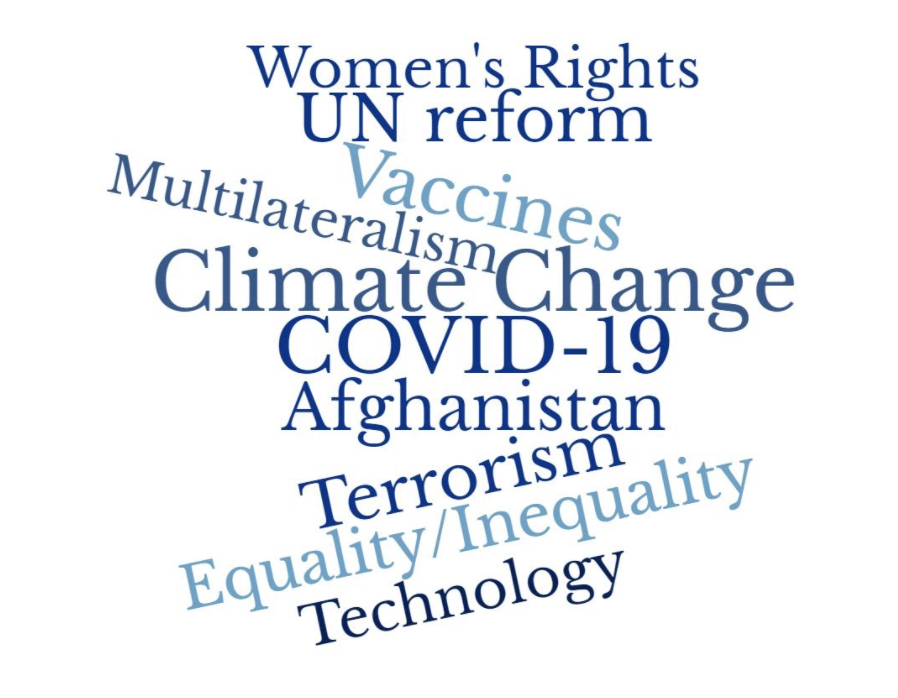 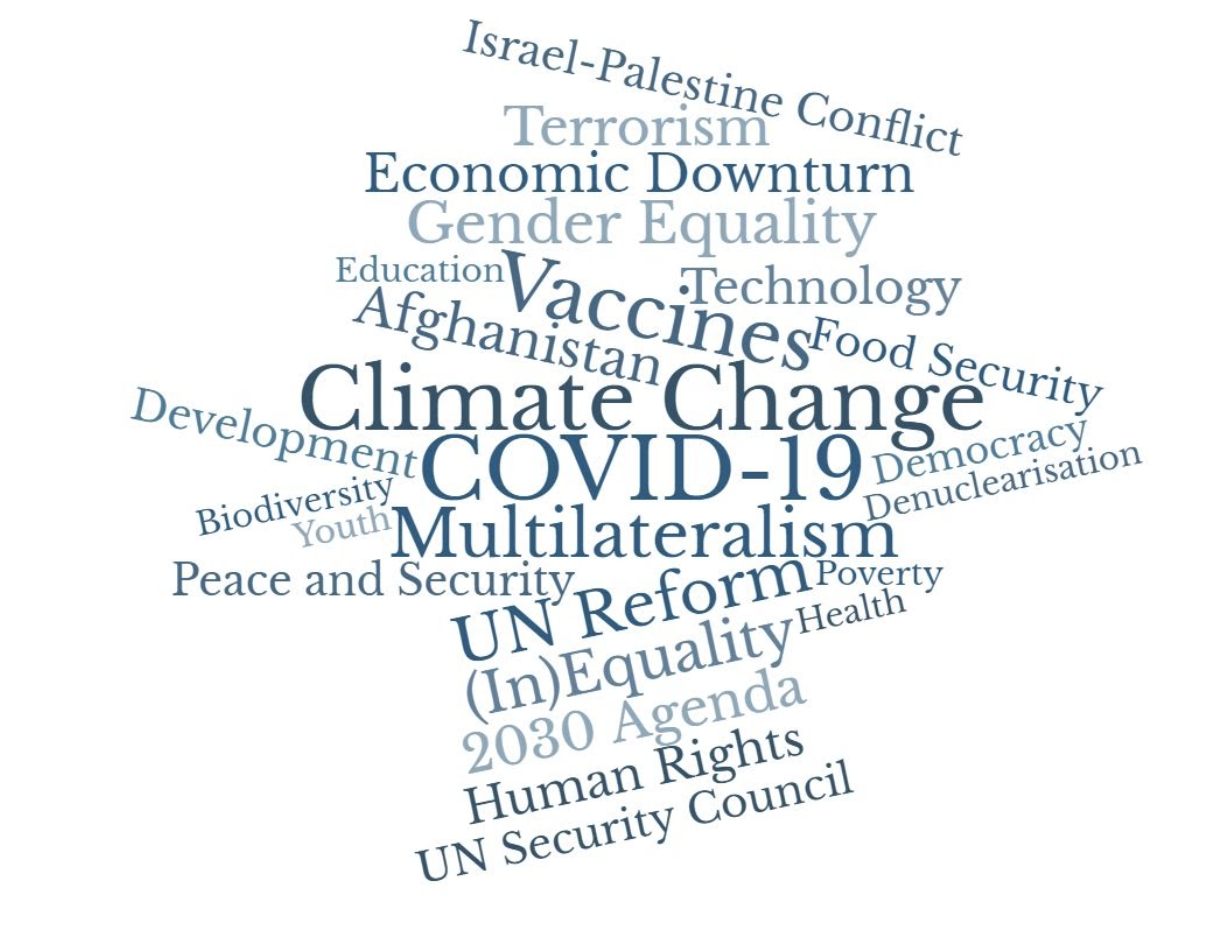 Priorities identified by members of the African Group at UNGA76

Priorities identified by members of the Asia-Pacific Group at UNGA76 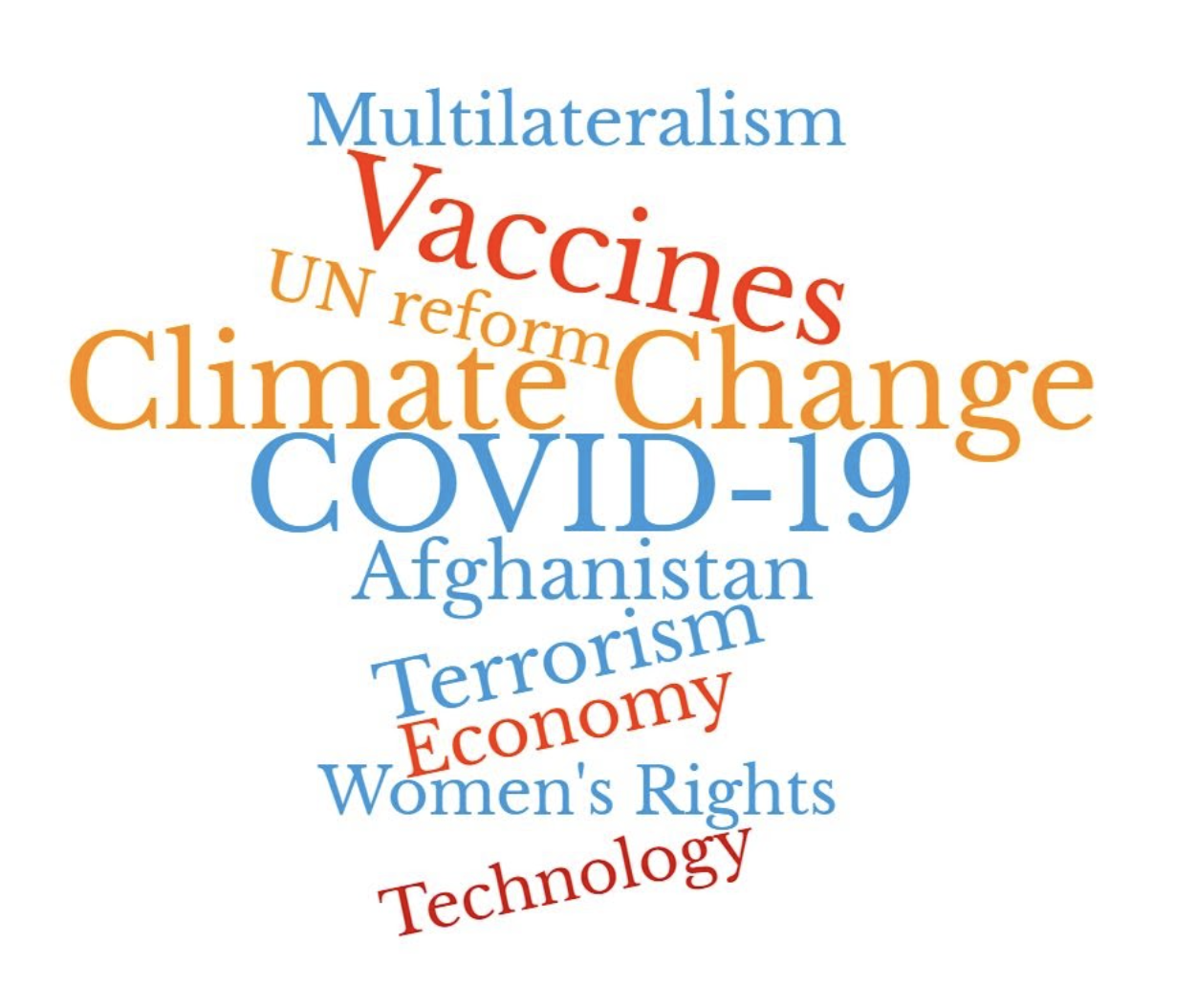 Priorities identified by members of the Eastern European Group at UNGA76 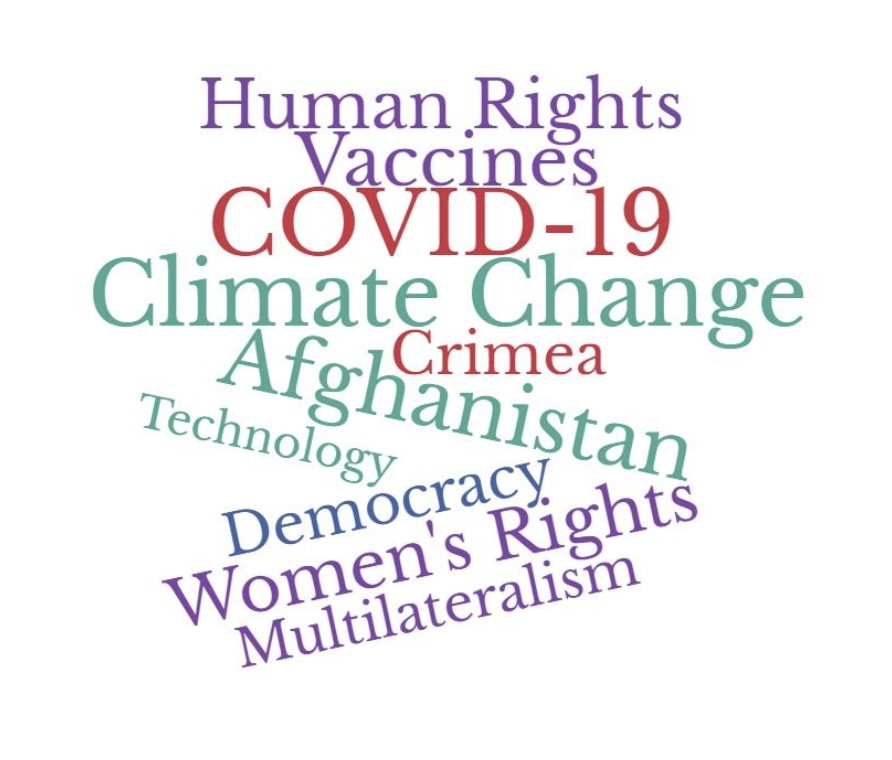 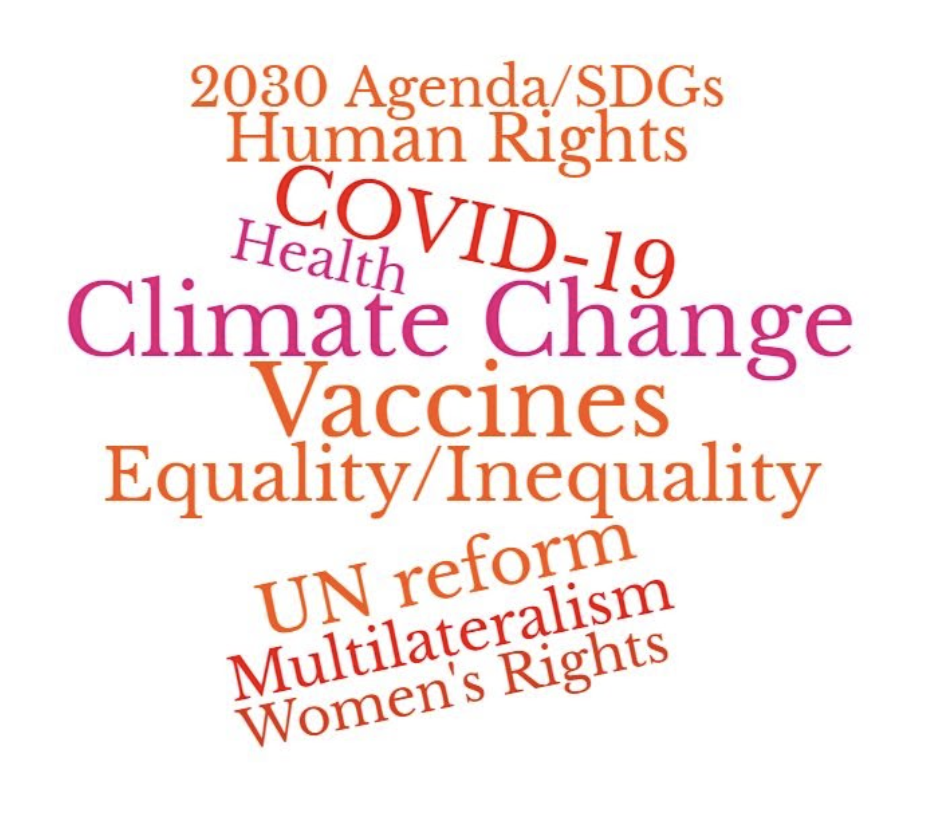 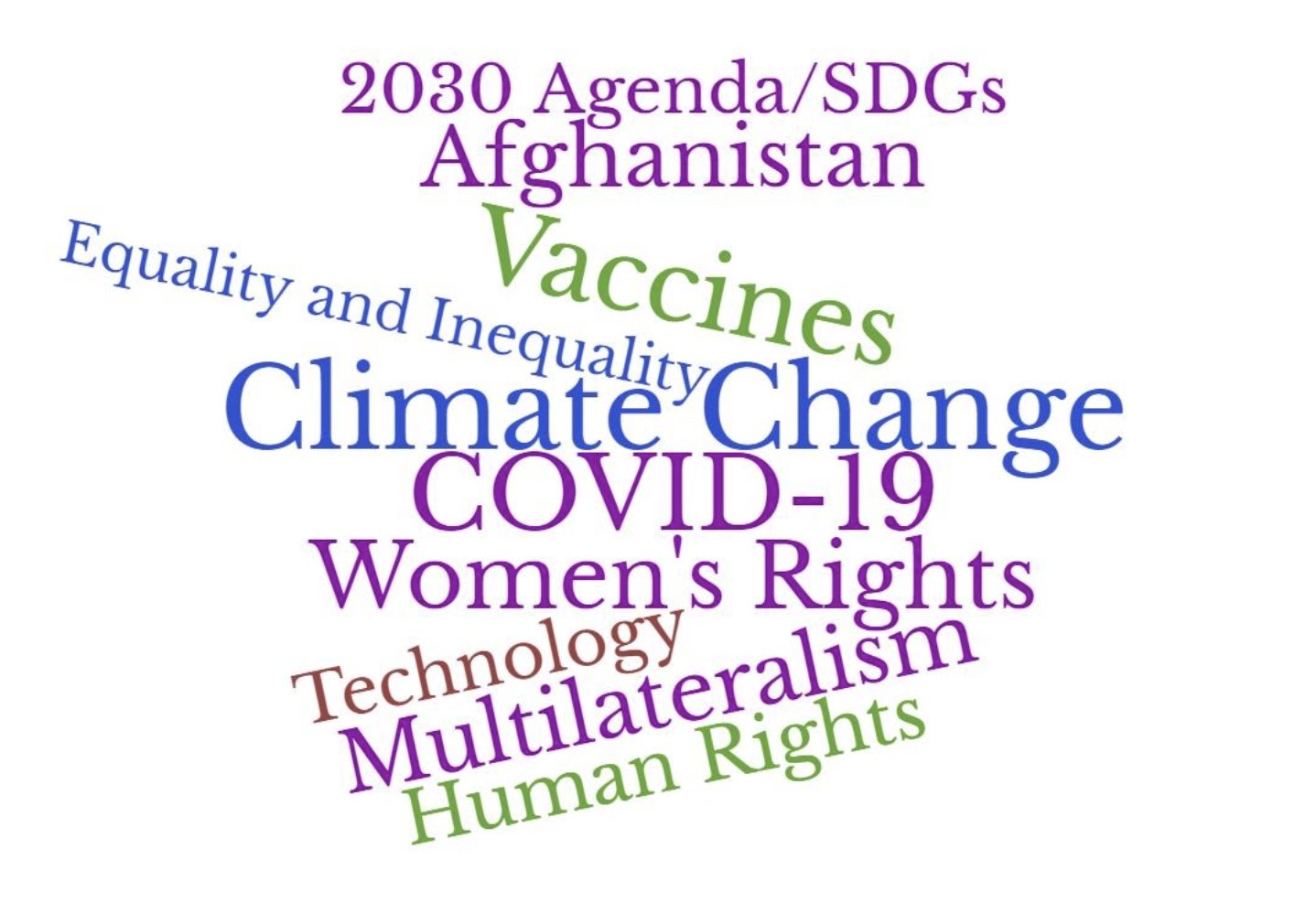