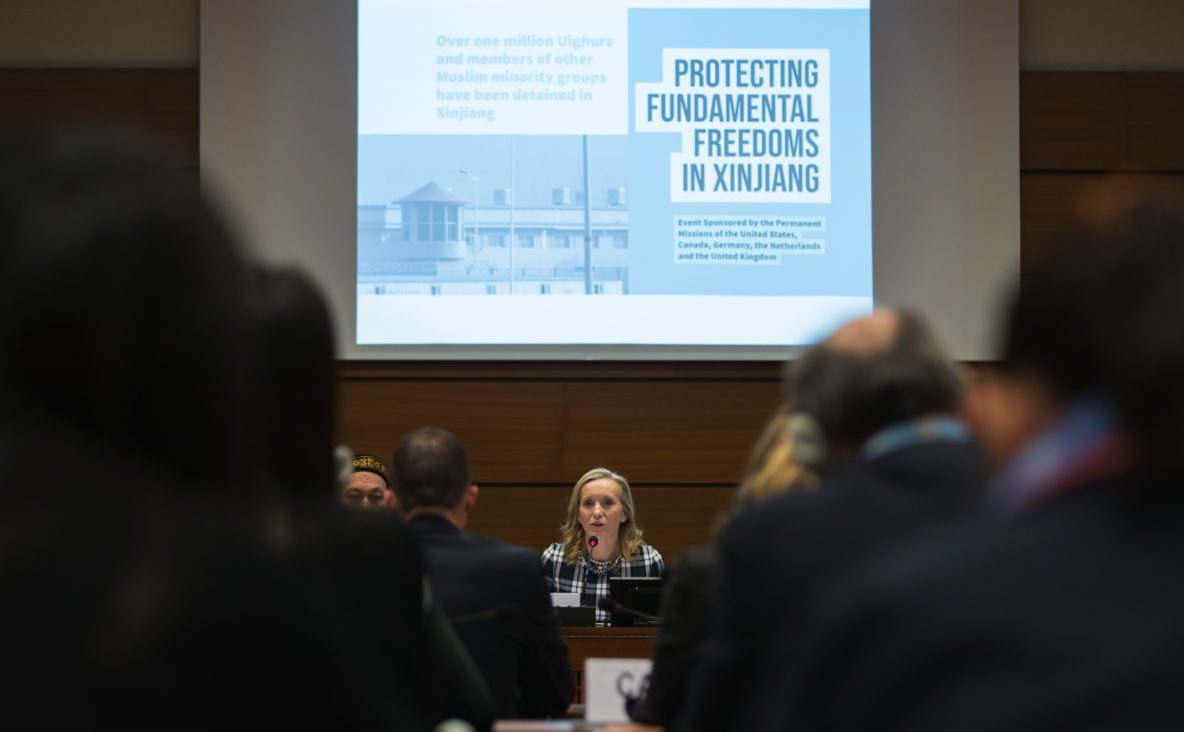 With the return of the US to the UN stage, geopolitical tensions surrounding human rights, especially relating to alleged violations of human rights law by China, Egypt, Russia and Saudi Arabia, have resurfaced, dominating, for example, the recently concluded 46th session of the Human Rights Council. Central to the renewed tensions with China is deep US concern about the treatment of the country’s Muslim minority population in the Xinjiang Uyghur Autonomous Region, including allegations of arbitrary detention, forced labour and sterilisation campaigns in camps the Chinese Government claim serve ‘vocational training’ and ‘re-education’ purposes.

While there had already been Western criticism of Chinese policies in Xinjiang, as well as in Hong Kong (e.g., relating to controversial new national security legislation and related undemocratic amendments to the Territory’s Basic Law (constitution)), international focus on human rights in China had been relatively timid considering the seriousness of the alleged violations involved. That started to change from the Council’s 44thsession onwards, when the UK’s Ambassador in Geneva, Julian Braithwaite, delivered this cross-regional joint statement on behalf of 27 countries on the situations in Hong Kong and Xinjiang. However, since the election of Joe Biden as President in the US, with his professed foreign policy commitment to democracy and human rights, the stakes have risen significantly. US criticism of China’s human rights record, especially in Xinjiang and Hong Kong has been strident – as has Chinese push-back.

These rising tensions were clearly evident during the recent 46th session of the Council in Geneva, with China, Russia and others even going so far as to pre-empt US criticism by organising a range of national and joint statements from their friends, attacking the human rights records of US allies (in an effort to demonstrate Western ‘hypocrisy’), and arguing that the Council and the wider UN have no mandate to ‘interfere’ in the sovereign affairs of UN member States. Later in the session, the US responded to these arguments with its own joint statement.

Another dispute at HRC46, which garnered less media attention than – but was in fact very much related to – the above arguments over sovereignty and accountability, centred on the human rights impacts of State-wide sanction regimes.

During the session, China, Russia and others rallied around a draft resolution from the Non-Aligned Movement (NAM) criticising ‘unilateral coercive measures’ (i.e., sanctions) and pointing to their negative impacts on the enjoyment of human rights. Traditionally, these regular NAM resolutions (which are also tabled at the General Assembly) are focused on the human rights consequences of State-to-State sanction regimes. However, at HRC46 the surge in interest in ‘unilateral coercive measures’ was likely due to the proliferation of individual-focused human rights sanctions regimes (often referred to as ‘Magnitsky acts’) around the world, and the increasing use of these new tools to target individuals in Belarus, China, Russia and elsewhere.

Indeed, the imposition, by the US, EU, UK and Canada, of ‘Magnitsky sanctions’ against high-level Chinese officials considered to be responsible for serious human rights violations in Xinjiang (China responded with its own sanctions against Western politicians, lawyers and academics), provided a dramatic and historically-significant backdrop to the arguments, over sovereignty, ‘non-interference,’ and sanctions, that dominated HRC46.

On 22 March, the Foreign Ministers of Canada and the UK, together with the Secretary of State of the US, delivered a joint statement announcing they had ‘taken coordinated action on measures, in parallel to measures by the EU, that send a clear message about the human rights violations and abuses in Xinjiang’. These measures, taken in the context of their relatively new (particularly for the EU and UK) human rights sanction regimes, are likely to have a significant impact on the individuals concerned. Their assets will be frozen, they will not be able to engage with Western financial institutions, and they will no longer be able to enter the territories of the countries levelling the sanctions. Considering the US is the largest economy in the world, and the EU the second biggest, the consequences for those responsible for serious human rights abuses are both clear and painful.

Specifically, the sanctions targeted four high-level officials and one entity seen to be responsible for the human rights violations in Xinjiang, including, Chen Mingguo, a local police chief, Wang Mingshan, a member of Xinjiang’s Communist Party (who the EU accuse of holding ‘a key political position in charge of overseeing’ the detention of Uighurs), Zhu Hailun, the former deputy Communist Party head in Xinjiang, and Wang Junzheng, party secretary of the Xinjiang Production and Construction Corps (XPCC). XPCC, a state-owned economic and paramilitary organisation responsible for the management of detention centres, was also sanctioned.

For the EU, this was the one of the first uses of the new powers granted by its recently adopted human rights sanctions regime. At the same time, the EU also levelled Magnitsky sanctions against 14 other individuals, including those responsible for the jailing of Russian opposition leader, Alexei Navalny; political repression in DPRK; extrajudicial killings and enforced disappearances in Libya; the torture and repression against LGBTI persons and political opponents in Chechnya; and the torture and extrajudicial killing of people in South Sudan and Eritrea. It is also the first time the EU sanctions have targeted China for human rights abuses, since the 1989 Tiananmen Square massacre.

These developments show the promise for purposes of human rights accountability of States collaborating to sanction individuals believed to be responsible for grave violations, particularly in the absence of alternative judicial recourse. Indeed, traditional avenues for international justice appear particularly ill-adapted to address alleged human rights violations in China. As a permanent member of the Security Council, China can use its veto power to shield itself from UNSC action, including a possible referral to the International Criminal Court, which recently decided not to pursue an investigation into China’s detention policies due to lack of jurisdiction (i.e. China is not party to the Rome Statute). Furthermore, having entered a reservation to the jurisdiction of the International Court of Justice on matters relating to the Genocide Convention, China is also shielded from scrutiny by the UN’s highest court (meaning that unlike in the case brought against Myanmar by the Gambia, the ICJ has no authority to decide of a violation of the Genocide Convention).

Ultimately, the fact that some of the world’s largest economies have banded together to collectively punish alleged perpetrators of human rights violations is a welcome and noteworthy development for purposes of human rights accountability (and inherently for purposes of prevention given the deterrent effect of such sanctions). In particular, by sanctioning individuals rather than their States, this new approach to human rights accountability goes a long way to addressing the concerns of many States (as voiced during HRC46) regarding the negative impact of unilateral coercive measures on the enjoyment of human rights by citizens of targeted States. However, while such political determinations increase expediency and create more flexibility, they risk further politicising the already contentious sphere of international human rights. It is therefore vital that sanctioning States are transparent and inclusive in their listing processes to avoid undermining the credibility and claims to objectivity upon which the effectiveness of such sanctions ultimately depend.