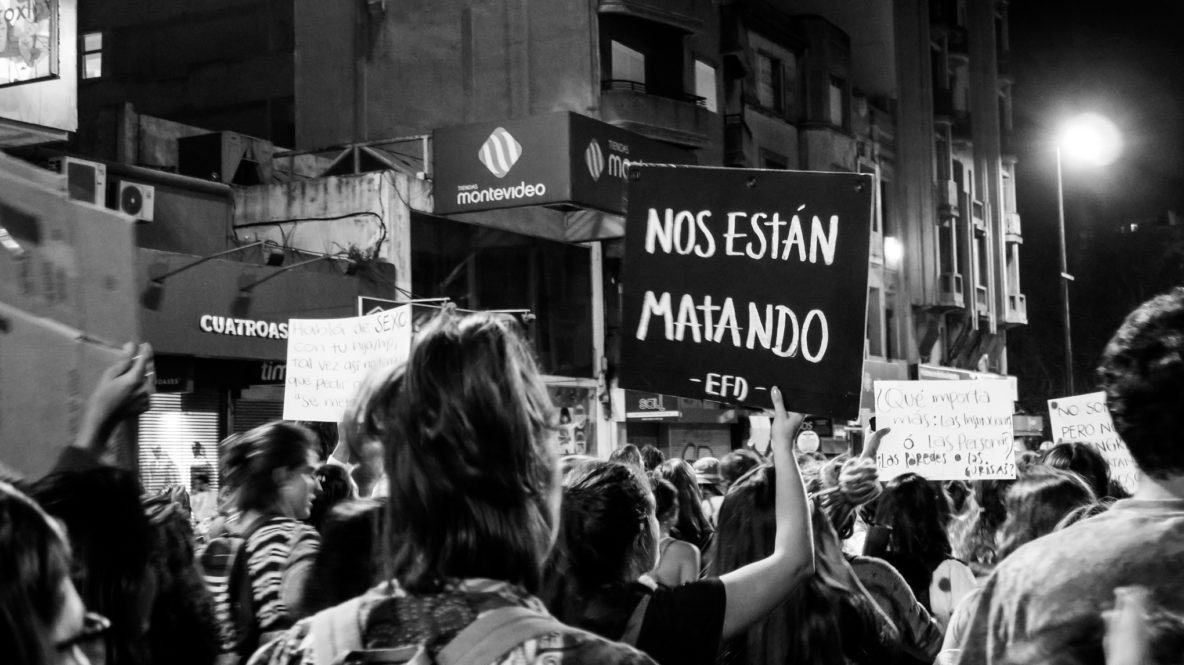 In a report to the Human Rights Council following his visit to Colombia at the tail-end of 2018, UN Special Rapporteur on the situation of human rights defenders, Michel Forst, recognised the efforts of the Colombian Government to create a safe environment for the defence of human rights yet bemoaned the continuing risks faced by human rights defenders in the country (Colombia remains the country with the highest number of murdered defenders in Latin America). He also drew welcome attention to the lack of social recognition of the important societal role of defenders. This, he said, contributes to their marginalisation and to the violence directed against them.

According to FrontLine Defenders’ Global Analysis for 2019, Colombia is the most dangerous country in the world for human rights defenders, with more than 100 killings in that year alone – a number that is unlikely to fully reflect the scale of the threat. This latter point (that many killings are not reported at international level) is underscored by the research of local NGOs such as the Instituto de Estudios para el Desarrollo y la Paz – INDEPAZ,  which show that in the first three months of 2020, 71 social leaders and defenders were killed in Colombia. INDEPAZ also notes the high-level of impunity for these and other killings – estimated to be around 95%.

As former UN Special Rapporteur for human rights and the environment, John Knox, argued in a 2017 URG policy report on environmental defenders, the killing of defenders is tragically only the tip of the iceberg in terms of the threats they face and the human rights violations they suffer. Among the attacks against defenders catalogued in FrontLine Defenders’ 2019 report include: arbitrary arrests and detention, spurious legal actions, physical attacks, threats, attacks on property, disappearances, torture and other ill-treatment, smear campaigns, verbal abuse, travel bans, and sexual violence. All these human rights violations are a daily reality for defenders in Colombia, where inadequate protection systems, corruption, organised crime, and illegal economic activities mix to create a ‘perfect storm’ for those working to protect their rights and their environment.

As reflected in Michel Forst’s report to the Council, Colombia has taken a range of steps over recent years, in line with its international and regional human rights obligations, to create a safe and enabling environment for human rights defenders. For example, a National Protection Unit – UNP for its acronym in Spanish – was established in 2011 under the Ministry of the Interior to improve the State’s capacity to prevent and protect against human rights violations, especially of those in vulnerable situations. Other national mechanisms developed for the protection of defenders include the National Committee on Safeguards for Human Rights Defenders, the Comprehensive Programme of Guarantees for Women Leaders and Human Rights Defenders, and the several mechanisms approved as part of the 2016 Peace Agreement.

Yet despite these steps, the situation facing human rights defenders in the country remains precarious, and the number of attacks and killings shockingly high. Why is this the case?

One important reason – as noted by Michel Forst – is the social stigmatisation of defenders, often orchestrated by government officials (including local public officials), law enforcement agents, corrupt businessmen and members of illegal armed groups, who regularly label them as ‘guerrilleros,’ ‘anti-development extremists’, or ‘informants.’ As the Special Rapporteur notes in his report, ‘the vast majority of human rights defenders in Colombia are unable to work in a safe and supportive environment – they lack positive social and public recognition and are undermined and criminalised because of their human rights work by State and non-State actors.’

Another reason is the ongoing fallout from Colombia’s decades-long civil conflict. Throughout Colombia’s modern history, the country has often seen the killing of people with different political views than the government-of-the-day or than those who hold economic power. In the mid 1980s, members of the leftist political party Unión Patriótica, made up of individuals involved in former ‘guerrilla’ groups, were subjected to political persecution and violence on the part of drug lords, paramilitaries and security forces. Today, in an echo of those days, those who receive threats and attacks are often social leaders who support the Peace Agreement and the right of members of ‘FARC’ to enter politics – something that is viewed by parts of the political and economic establishment (especially those involved in corruption and other illegal activities) as counter to their interests.

Among the recommendations to the Government of Colombia included in the report, the Special Rapporteur underlined the need to ‘reaffirm political commitment to the Peace Agreement and prioritise its implementation, allocating the necessary resources to do so, in particular the mechanisms for the protection of human rights defenders (…).’

But, why are there so many deaths in Colombia compared to elsewhere, even when a number of institutions and mechanisms have been specifically established to protect defenders?

The precarious security in the country after years of civil conflict is undoubtedly one major reason, as is the uneven application of the rule of law. The State is largely absent from some of the regions that make up Colombia, including those regions where many attacks take place. Moreover, the agency designated to protect defenders, the National Protection Unit – UNP, does not have sufficient resources or capacity to effectively respond to all reported cases. This situation is often exacerbated by a lack of trust between defenders and local communities and UNP representatives. Finally, in many cases the stakes – especially the economic stakes involved in corrupt business deals, for example – are very high. Those involved are therefore willing to adopt extreme measures to silence those who speak out.

Unfortunately, many of the conclusions and recommendations contained in Michel Forst’s report were vehemently rejected by the Colombian authorities. According to Iván Duque’s Government, the report was overly ‘severe and irresponsible,’ and did not reflect the true situation in the country. This added to the already existing tension between the Government and the UN. For example, President Duque has rejected criticism from the High Commissioner for Human Rights, Michelle Bachelet, as a ‘violation to the country´s sovereignty.’

Unfortunately, these tensions have put existing levels of Colombian cooperation with the UN and its human rights mechanisms at risk. The Government has recently questioned the need for OHCHR to maintain its large presence in the country and appears to have cancelled a planned follow-up visit by the Special Rapporteur on human rights defenders.

So, where does the truth lie? Is Colombia doing enough to safeguard the rights and lives of human rights defenders? Could it do more?

Many in Colombia appear to believe it is not doing enough. In 2019 large assemblies took place in several Colombian cities, protesting against the Government’s inability to stop the attacks against community leaders, members of civil society and human rights defenders. The protests were accompanied by a national strike that lasted over a month. Banners during the gathering included signs reading, simply: ‘We are being killed.’