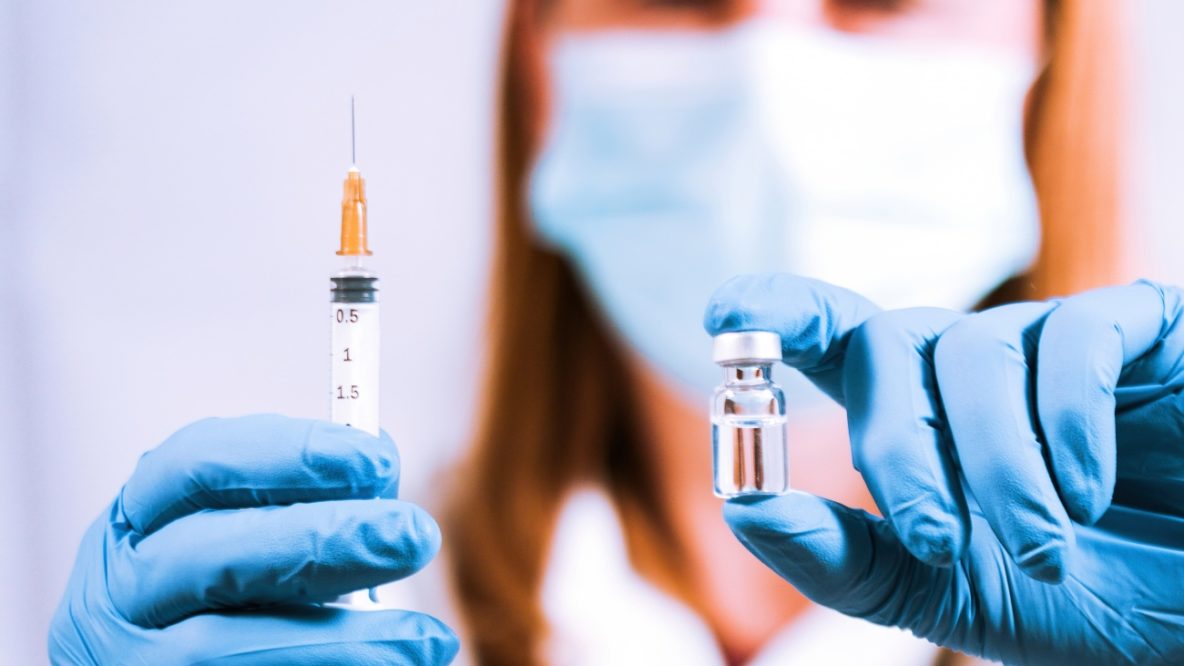 The Biden administration made headlines on 5 May when, in a sharp reversal of US policy, it accounted its agreement, in principle, with proposals at the WTO to waive patent protection for COVID-19 vaccines.

Pharma companies and stockbrokers were not the only ones taken by surprise by the US volte-face. Other Western States where COVID-19 vaccines are produced, especially in Europe, were bumped into expressing lukewarm support for the US move. European Commission President Ursula von der Leyen said the EU was ‘willing to discuss’ the proposals, while French President Emmanuel Macron said he was ‘absolutely in favour’ of a global waiver.

The apparent shift in Western position was warmly welcomed by developing countries and civil society. The Africa Union, for example, praised US support for the waiver as a ‘remarkable expression of leadership’ at a time when poor countries are struggling to get enough vaccine doses. Amnesty International’s new Secretary-General, Agnès Callamard, meanwhile, said:

Today the United States has taken a bold step for global solidarity. By supporting the waiving of intellectual property protections for COVID-19 vaccines, the Biden Administration has put the lives of people around the world ahead of the profits of a few pharma giants and their shareholders. Other rich states – such as Australia, Brazil, the EU and UK – must now follow suit.

The global distribution of COVID-19 has been extremely unequal, with terrible consequences for the rights to health and to life, especially in the world’s poorest countries.

The WTO said in April that of 700 million vaccines administered around the world, only 0.2% had been in low-income countries. A recent surge of infections in India, the world’s second most populous country, has underlined the point.

In October last year, this situation led India and South Africa – both vaccine producers – to push proposals at the WTO to temporarily remove intellectual property protections on COVID-19 vaccines. Until President Biden’s surprise announcement, Western States had opposed those calls.

It is, however, questionable whether intellectual property waivers will make much of a dent in the unequal global distribution of vaccines. The pharmaceutical supply chain is extremely specialised and reliant on scarce raw materials, while the technology infrastructure involved in manufacturing COVID-19 vaccines, especially the new generation of mRNA vaccines produced by the likes of Pfizer and Moderna, is complex and expensive, and thus very difficult to build from scratch.

Far better, especially in the short- to medium-term, would be for rich Western States where vaccines are produced to remove export restrictions to third countries, especially developing countries, to stop hoarding doses, and to ensure a fairer global distribution of these life-saving drugs (as, indeed, China, India and Russia have already been doing).

Once the initial shock of the US announcement had worn off, this, indeed, became the position of the European Union. The push back against the new US position was initially led by Germany, which argued that the key issues are not intellectual property rights but rather how to increase production capacity while ensuring quality, and how to boost exports from existing producers. Discussions on the waiver would not produce a single dose of COVID-19 vaccine in the short- to medium-term, von der Leyen told a news conference on the side-lines of an EU summit. Her words were immediately supported by the German government, which argued that ‘the limiting factors in the [availability] of vaccines are production capacities and quality standards, not patents.’ In other words, ‘high-tech shots can’t be made at the local soap factory.’[1] (EU leaders might have also added that vaccine producers like Moderna have in-any-case already promised not to enforce patents during the pandemic).

What is more, any move to set aside intellectual property rights, the EU warned, would have a chilling effect on innovation – an important point when one considers the remarkable speed with which pharmaceutical companies have risen to the challenge of developing COVID-19 vaccines, as well as the ongoing threat of new mutations (which the industry will need to quickly react to) – not to mention entirely new pandemics. ‘The protection of intellectual property is a source of innovation and must remain so in the future,’ said the German government in a statement.

The EU then began to move onto the offensive, pointing out (as diplomatically as possible) the hypocrisy of the US government’s position, when both the Trump and Biden administrations had spent six months hoarding COVID-19 vaccines, preventing the export of vaccines as well as the active ingredients of those vaccines, and preventing the export of crucial manufacturing technology. On 7 May, the EU therefore began to ramp up the pressure on the US and other States that have placed (commercial or contractual) barriers to the export of vaccines, such as the UK; calling on them to follow the example of the EU and begin exporting a significant part of their production – particularly to developing countries.

‘The European Union is the only continental or democratic region of this world that is exporting at large scale,’ von der Leyen said. About 50% of European-produced coronavirus vaccine is exported to almost 90 countries, including those in the WHO-backed COVAX programme. ‘We [therefore] invite all those who engage in the debate on a waiver for IP rights to join us [and] commit to be willing to export a large share of what is being produced in their region.’

Only through higher production (including through rich countries subsiding expanded production at home and in the global south), removing exports barriers, and sharing already-ordered vaccines could UN member States fight the pandemic quickly and effectively, she said. ‘So, what is necessary in the short term and the medium term? First of all, vaccine sharing; secondly, export of vaccines that are being produced; and third, investment in increasing capacity to manufacture vaccines.’ Von der Leyden’s message was echoed by Germany’s health minister, Jens Spahn, as well as – in an apparent change of heart – France. On 7 May, the French minister for Europe, Clement Beaune, said the short-term impacts of a waiver on patents would be minimal. What is instead urgent, he said, is for countries such as the US and the UK ‘to authorise exports.’ ‘The EU exports 50% of its production […] including to those countries with the greatest need,’ he noted, ‘while the US has exported zero.’ 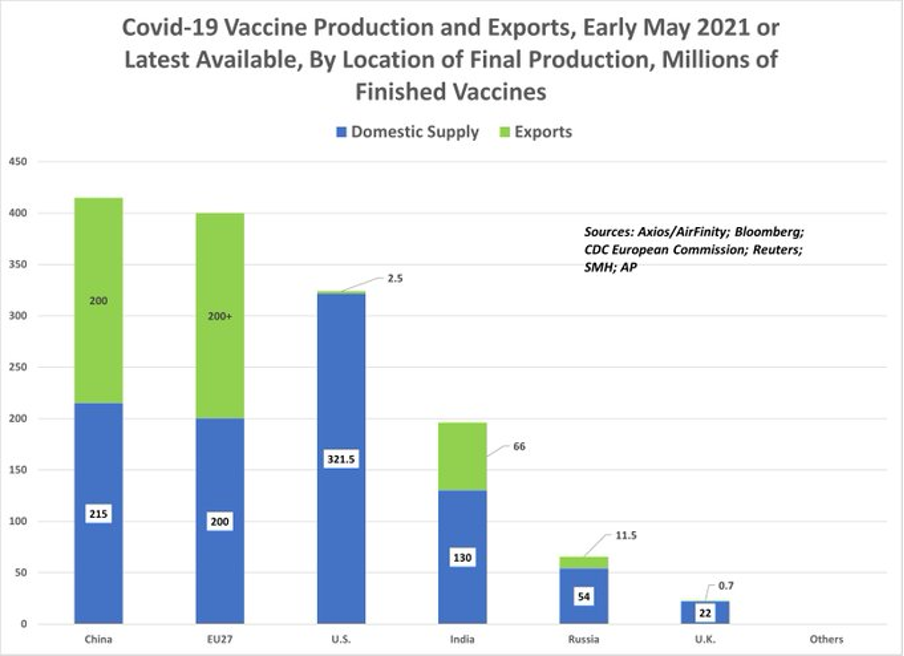