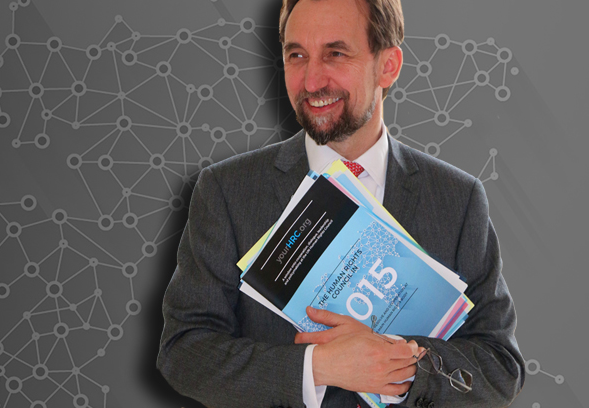 The Human Rights Council’s decisions are not binding. As an institution, it cannot force States to do what they do not want to do. Rather, as per its founding mandate (GA resolution 60/251), the Council must work ‘through cooperation and dialogue’ to engage States and to encourage, support, cajole, press and – in some cases – shame States into implementing domestic improvements in human rights.

For this approach to work, States must engage and cooperate with the UN human rights system, especially the UN’s compliance mechanisms (Treaty Bodies, Special Procedures, and the UPR) in good faith. Where States do so, they are able to benefit from international expertise and counsel, and secure international capacity building and technical support. The results can be impressive.

However, in many cases, States fail to cooperate with the UN’s human rights mechanisms. In some cases, non-cooperation or insufficient cooperation can be the result of inadequate domestic capacity. However, all too often it is down to a lack of political will.

The UN High Commissioner for Human Rights, H.E. Mr Zeid Ra’ad Al Hussein, focused on this issue – ‘non-cooperation and selective cooperation with the human rights mechanisms’ – during his opening address to the 35th session of the Human Rights Council (HRC35) on 6th June.

The High Commissioner noted that, under the terms of GA resolution 60/251, all States – but especially Council member States and those running for membership – bear a particular responsibility to cooperate with the UN’s human rights mechanisms. Regarding members of the Council, resolution 60/251, requires that they ‘uphold the highest standards in the promotion and protection of human rights (and to) fully cooperate with the Council.’

Yet, the High Commissioner noted that, in many cases, members were not living up to these requirements.

‘Most astonishingly,’ continued the High Commissioner, ‘despite having been elected to this Council in 2015, Burundi continues to commit some of the most serious human rights violations dealt with by this Council, while the Government has suspended all forms of cooperation with my Office. In September the Council’s independent mission was declared persona non grata, and the current Commission of Inquiry has not been able to enter the country.’

This was a remarkable speech. It is the first time the High Commissioner has focused his regular report to the Council not on how States are promoting and protecting (or not) human rights at home, but rather on how they are cooperating (or not) with the UN’s human rights mechanisms.

This is tactically important (the objective, statistical nature of data on levels of cooperation makes it very difficult to refute), but is also important for the functioning and credibility of the Council.

With the above points in mind – in order to strengthen transparency around which member States are cooperating with the Council and its mechanisms (and which are not), and also around the degree to which candidates are committed to upholding the highest standards in human rights, in 2015, The Norwegian Ministry of Foreign Affairs and the Universal Rights Group (URG) launched yourHRC.org, an online portal designed to provide a window onto cooperation, dialogue and policymaking at the Human Rights Council.

For every State that is, or has been, a member of the Council, the portal provides data on: their domestic human rights implementation and monitoring infrastructure; their leadership and coordination roles; their main sponsorship of Council initiatives; their voting record; and – crucially – their level of cooperation with the Treaty Bodies, Special Procedures, and UPR. 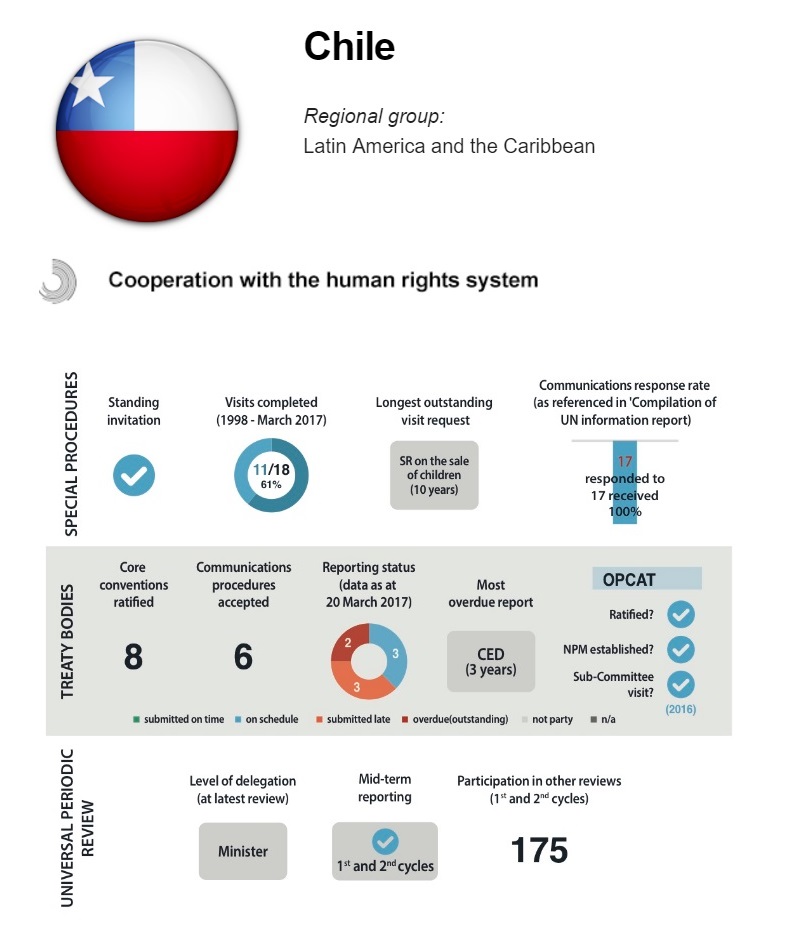 To further strengthen the role of yourHRC.org in ‘shining a light’ on Council members and Council candidate countries (and thereby in strengthening Council membership), in May 2017 Norway and URG began publishing emailers designed to draw attention to the individual States’ (member States and candidates) cooperation with the UN human rights system. The two sets of emailers – ‘Know yourHRC members’ and ‘Know yourHRC candidates’ will be published on a weekly basis. A summary of relevant emailers will also be published ahead of Council elections, and as an end of year ‘HRC report card’.

The first two ‘Know YourHRC candidates’ emailers summarised Chile and Spain’s candidacies and engagement with the Council and its mechanisms. The following is a summary of such emailers. 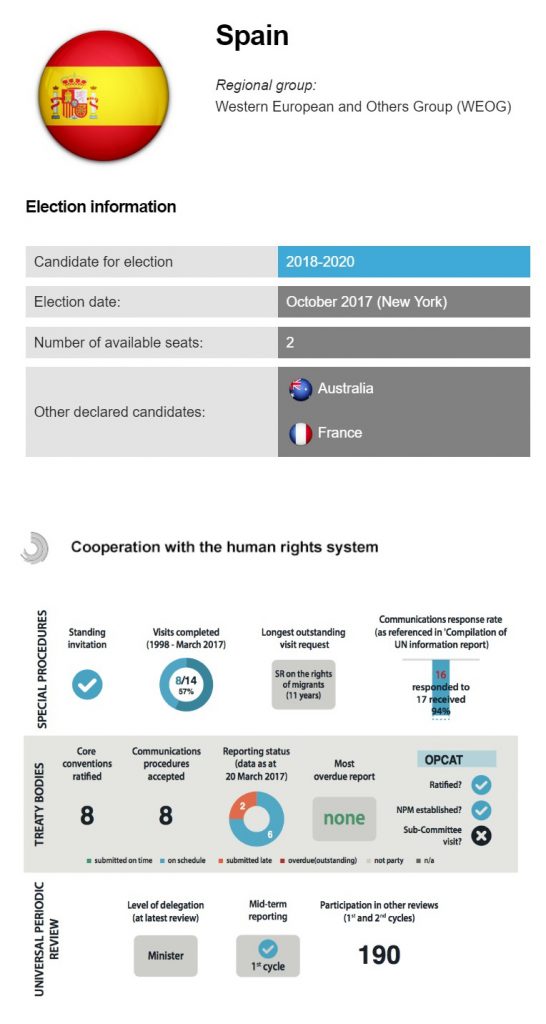