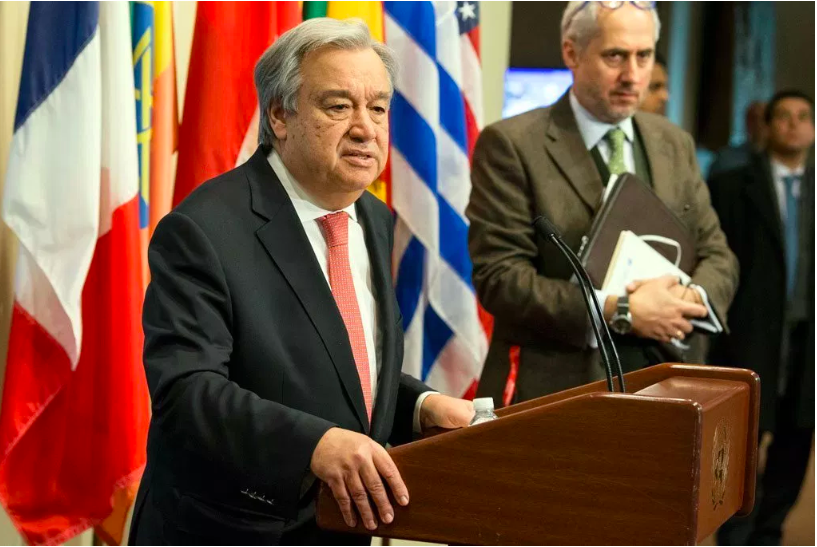 On 31 May 2018, the United Nations General Assembly adopted resolution 72/279, accepting measures for change along the lines of the Secretary General’s recommendations and setting in motion one of the most comprehensive reforms of the UN Development System (UNDS) to date. This post provides an update on these reforms and is the first in a series of blogs produced by the URG-NYC team to take stock of the implementation of the UN reforms, including to the peace and security architecture and the management system,  adopted last year.

The main objective of the development reforms is to place sustainable development at the “heart” of the UN’s work, with the 2030 Agenda serving as its blueprint. The reform also seeks to ensure that UN assistance meets member States’ development expectations in the most efficient and effective manner possible. To attain this objective, the reform calls for sweeping changes to the way the UN conducts its work in the field and at Headquarters. More specifically, the reform seeks to:

At the country level, the reform positions the UN Development Assistance Framework (UNDAF) as “the most important instrument for the planning and implementation of [UN] development activities” in support of the 2030 Agenda. Rather than merely providing an extensive list of all UN country team (UNCT) activities in a given country, the redesigned Framework will serve as an action- and results-oriented response to national development needs and priorities which, in turn, will prescribe the composition and profile of the UN country presence. This contextual approach is intended to usher in a new generation of flexible and adequately staffed UNCTs.

The reform also promotes improved cohesion by providing opportunities for inter-agency planning and establishing common back offices within UNCTs for operational and administrative functions. In addition, greater accountability and transparency is sought through clear and concise reporting lines on UNDAF implementation from UNCT members to host governments and RCs, and from RCs to the Secretary General.

The newly transformed UN Development Coordination Office (DOCO), responsible for managing and overseeing the RC system, will serve as the broker between RCs and the Executive Office of the Secretary General (EOSG). By delinking the functions of the RC from UNDP and placing it under the auspices of the EOSG, the reform is intended to provide RCs with greater impartiality and independence, enabling integrated analysis and planning that more accurately reflects the multifaceted nature of the 2030 Agenda.

While the Secretary General’s proposal to fund the RC system through assessed contributions could not attain consensus by the UNGA, a hybrid formula consisting of three funding streams—including voluntary contributions; cost-sharing amongst UN development entities; and a 1% levy on donor contributions to UNDS projects—has since been adopted. Subsequently, a Special Purpose Trust Fund was established to receive and manage contributions to the new RC system. Voluntary commitments received in 2018, combined with the doubled cost-sharing from UN entities and a Fifth Committee approval for the appropriation of US$13.57 million, provided the minimum amount required to allow the transition on 1 January.

At the regional level, in the immediate to short term, the reform calls for optimising existing UN regional assets, capacities, and resources to better support the delivery of development assistance on the ground. Examples include making better use of its convening platform—such as the Regional Sustainable Development Fora organised by the Regional Economic Commissions—and its provision of invaluable integrated policy guidance and technical expertise on regional priorities. In the medium to long term, assessments will be made regarding options for bolder restructuring efforts.

Although principal accountability lies between UNCTs and host governments at the country level, improving multilateral oversight of system-wide development activities remains an essential task of the reform process. Increasing accountability to member States, however, requires an intergovernmental forum whereby member States can be appraised of the UN Development System’s collective performance.

The Secretary General has already implemented changes to the UN Sustainable Development Group (UNSDG), which convenes leaders of the 40 UN development entities. Furthermore, resolution 72/279 acknowledges the Secretary General’s proposal to establish a Joint Executive Board comprised of the New York-based Funds and Programmes. A Committee was also established to promote better collaboration between development and humanitarian operations in countries where the two are active.

A system-wide strategic document, outlining a vision of a UN system better aligned with the 2030 Agenda at the global level, will serve as an accountability instrument, reducing overlap and bridging the current gaps in SDG coverage. The Secretary General’s December 2017 report suggests that the document will focus on four cornerstones: “coherent and effective support for the 2030 Agenda across the Charter of the United Nations; system-wide functions that need to be strengthened in support of the Goals; system-wide instruments for collective results; and more effective funding mechanisms to underpin those efforts.”

Central to the reform efforts is the creation of a Funding Compact between member States and the UNDS to ensure more predictable, flexible, and sustainable funding for development operations. This offers a viable and attractive alternative to previous funding arrangements which often contributed to the fragmented approach of the UNDS. Indeed, due to the Funding Compact’s provisions, the UNDS will be able to allocate a greater share of resources and financial support to joint, integrated activities.

More specifically, the Funding Compact calls for an increase in the share of core resources across the system; a larger share of pooled funds for system-wide activities; the full capitalisation of the newly established Joint Fund for the 2030 Agenda at US$290 per annum; and a “quantum leap” in funding to the Peacebuilding Fund. The final draft of the Funding Compact, along with other UNDS reform related matters, will be addressed by Governments during ECOSOC’s Operational Activities for Development Segment (OAS) in May.

Links to other reforms

The two other reform streams—on the UN’s management paradigm and the peace and security pillar—are mutually reinforcing and display considerable synergies with the reformed development pillar. For example, as part of the management reform, the Secretary General has issued delegations of authority to over 200 heads of UN entities, bringing decision-making closer to the point of delivery. Additionally, the peace and security reform hopes that RCs “will potentially offer a wider range of tools to support regional and country-based conflict prevention and peacebuilding.”

While this presents opportunities for increased collaboration between the UN’s three pillars of work—development, peace and security, and human rights—it may also lead to greater member State scrutiny of UN development activities. RCs will certainly have more time for strategic coordination and quicker access to the Secretary General, but may nonetheless find themselves constrained by a lack of member State cooperation. Furthermore, precisely how the reform will affect the UN’s ability to engage with member States on politically sensitive issues remains to be seen,

Impact and implications for human rights

With its functions delinked from that of UNDP Resident Representatives, RCs will have more time to coordinate the UN entities development activities in order to reduce fragmentation. This will avoid duplication and waste of resources. By empowering RCs, the reform also minimises bureaucratisation, bringing decision-making closer to the point of delivery. No longer bound to the narrowly-defined development mandate of the UNDP, RCs will be able to approach 2030 Agenda implementation from a more integrated perspective, incorporating human rights based approaches (HRBAs) in UNDAFs and making better use of the UN’s human rights expertise. For more on the potential consequences of the delinking of the RC’s, see URG’s blog.

There is one aspect of the development reform that remains underemphasised by the reforms: namely, partnerships with non-State actors. As the Secretary General stated in a November 2017 briefing to the General Assembly, “partnerships will make or break the 2030 Agenda.” Yet the UNGA resolution 72/279 makes no reference to its importance. Efforts to strengthen the capacity of UNCTs to improve UN engagement with civil society, the private sector, and international financial institutions, therefore, will likely be enforced under existing mandates.

Taken as a whole, the proposed changes to the UNDS offer a bold yet pragmatic way forward. In isolation, however, the reform may lead to underwhelming results, possibly even detrimental, unintended consequences. In order to achieve the 2030 Agenda, cross-pillar integration, with due consideration to human rights, is fundamental.

For more on the development reforms, please see United to Reform: Development Reform, and resolutions A/RES/72/279, A/RES/72/236 and A/72/684–E/2018/7. For more on the potential impact of the reforms on the UN’s human rights work, please see URG’s blogs on UN Resident Coordinators, on Gender Parity, and URG’s report from the Glion V Retreat.