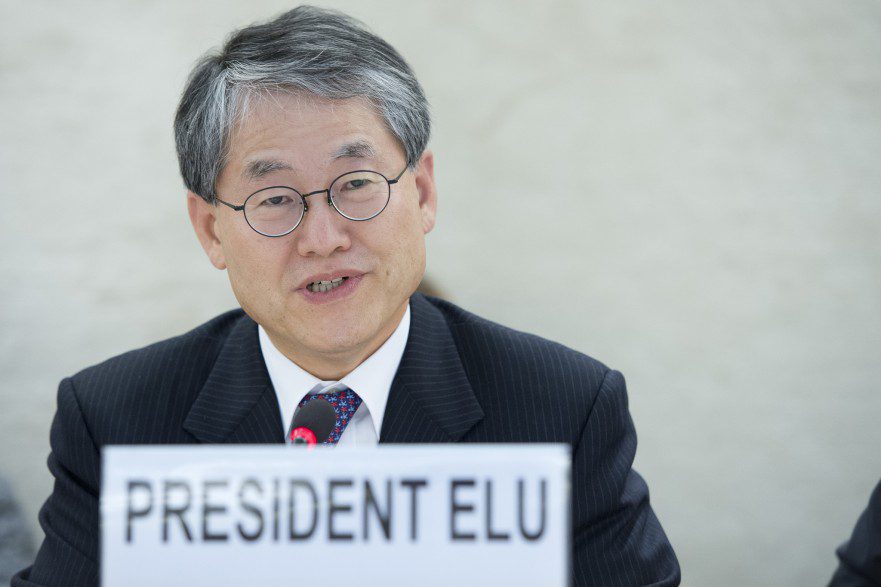 2016 has begun, as all New Years should, with hope and optimism – and a common resolve to build a safer and better world for ourselves and our children. Regrettably though, if we look at the facts on the ground, little seems to have changed since last year, when the human exodus from Syria, terrorist attacks in major world cities, and other events shook our notions of security, human rights, stability and peace.

One month into 2016, it is already clear that these and other key challenges for the international community, from religious confrontation in the Middle East to military provocations in Northeast Asia, will not go away.

To make matters even more complicated, today’s fast-paced and interconnected world means that even relatively isolated events can have a ‘ripple effect’ across borders and continents, contributing to new forms and magnitudes of instability at social, political and economic levels. We recall, for example, that the root causes of the human displacement we see on our TV screens and read about in our newspapers include violent extremism, civil wars, climate change, food insecurity, water shortages, limited economic opportunity, and new types of global and regional insecurity.

The promotion and protection of human rights must form a core component of the international community’s response to the myriad challenges we face in 2016. At one level, it is clear that many if not all of these challenges stem from a failure, on the part of States (and increasingly non-State actors) to respect, protect and uphold international human rights norms. At another level, during such periods of uncertainty and insecurity, human rights violations and abuses become more likely and more frequent – further undermining security and heightening vulnerability.

Against this challenging and complex international backdrop, the Human Rights Council is, in 2016, marking its 10th anniversary. I am deeply honoured to have been chosen to preside over the Council at this symbolic and important juncture – the 10th President of our Human Rights Council (and the second to hail from the Asia-Pacific region). I say ‘important’ because as well as celebrating the Council’s 10th birthday, we should also seize the moment to reflect on the body’s achievements, shortfalls and future challenges, and, where necessary, to prescribe changes so that the Council can fully and effectively play the role ascribed to it within the international system.

For the past 10 years, the Council has, in my opinion, consistently lived up to its important mandate as the principal UN entity charged with the promotion and protection of human rights. By engaging with all relevant stakeholders, by encouraging participation, and by serving as an instrument for facilitating dialogue on human rights issues, the Council has played a pivotal role in international efforts to address important global challenges, As a key part of that effort, the Council has promoted the idea that human rights are universal, indivisible, interdependent and inter-related; and must be respected at times of both peace and of crisis.

Nevertheless, as the Council has matured into a de facto – if not yet de jure – main body of the UN in the field of human rights, it is high time to consider how the Council can better respond to crises around the world and how it can have more impact on the ground. Guided by our conscience and our collective will to strengthen the enjoyment of human rights, both economic, social and cultural and civil and political, and to respond effectively to the challenges we face in the 21st Century, we should take steps together to make the Council more attentive and more responsive to emerging situations and issues.

By taking such steps, together and in a spirit of consensus, we can ensure that the next 10 years will be as successful as the decade now past, and that Council is able to maintain the level of effectiveness that is required of us.

Under the guidance of the Council’s 9th President, Ambassador Joachim Ruecker, the Council has already risen to the task, during 2015, of improving its efficiency and strengthening its effectiveness. The three areas that the former President highlighted during his term, namely efficiency, effectiveness and the relationship with New York, remain central challenges for the Council in 2016. Hence, efforts to meet these challenges should and will continue.

Within these parameters, it is my hope that the Council will focus, during 2016, on the following three pillars:

1. Reducing the implementation gap. Implementation has always been one of the biggest challenges facing the Council, even if it is seen as one of the strongest standard-setting entities of the UN system. There is a clear gap between international standards and on-the-ground practice. In 2016 we should work together, consistently and diligently, to fill this gap, and thereby to improve the effectiveness of the Council. This issue is closely related to more efficient working methods. We must ensure that we have the space and time to address new and emerging issues, while at the same time focusing on the concrete implementation of norms already set down.

2. Improving the UPR mechanism. Over the course of two cycles of operation, the UPR has evolved into a crucial mechanism for non-politicized, non-selective and non-confrontational discussion among peers. However, there is ample room for further improvement in the current mechanism, if the UPR is to live up to its original aim and purpose. With the second cycle coming to an end, it is important to consider what further improvements can and should be brought to the UPR mechanism, in order to make it a more implementation-oriented, more responsive, more dynamic and more interactive. This should not be about changing the entire system; rather it is about putting in place an evolutionary process to address weak points and build on strengths.

Linked with the priorities of improved mainstreaming and bridging the implementation gap, it is also important, in my opinion, for the Council to lend its full support to the Secretary-General ‘Human Rights Up Front’ action plan (originally announced in 2014), which, at its core, is premised on ‘integrating human rights into the lifeblood of the UN.’ This means integrating a human rights perspective into every aspect of the UN’s work, especially on-the-ground. It also means doing so on a long-term and sustainable basis.

It is my hope that 2016 will mark another important and positive chapter in the early history of the Human Rights Council. Building on the invaluable work of past Presidents and Vice Presidents of the Council, my colleagues in the Bureau and I will strive to ensure that the Council fulfils its enormous potential, including by empowering vulnerable people and groups who would not otherwise be able to make their voices heard. Religion, ethnicity, nationality, gender and race, can sometimes be used to divide us. It is critical however, that in 2016 we recognise and recall the deeply-rooted moral imperatives that bind us together as humans. By focusing on what unites us, and by protecting and promoting our common values, we can together strengthen our Human Rights Council, improve the worldwide enjoyment of human rights, and make a meaningful (and much needed) contribution to addressing the many challenges that will confront the international community in the year ahead.