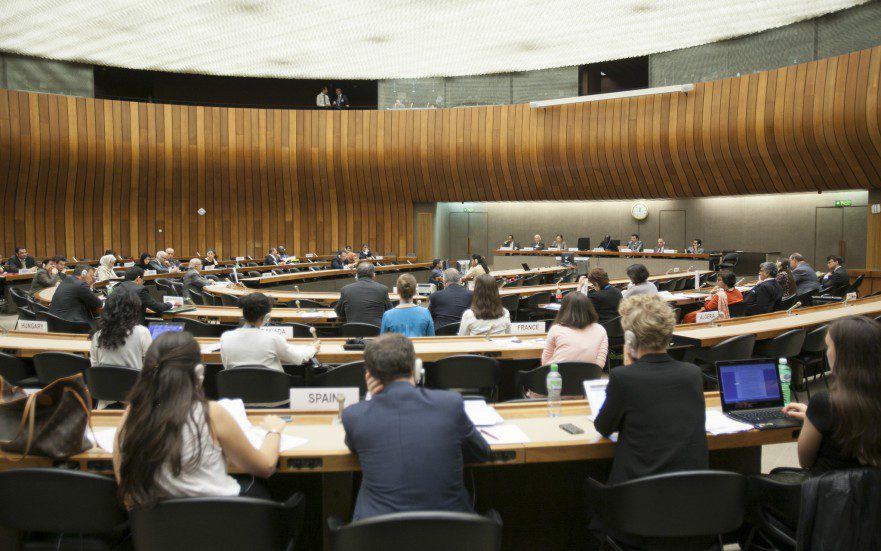 On 3rd-4th June, the Organisation of Islamic Cooperation (OIC) hosted, in Jeddah, a fifth round of the Istanbul Process, a series of intergovernmental meetings launched in 2011 by the former OIC Secretary-General, Ekmeleddin İhsanoğlu, and former US Secretary of State, Hilary Clinton. The Istanbul Process was put in place to promote and guide the implementation of Human Rights Council resolution 16/18 on combatting religious intolerance and discrimination. The resolution, adopted by consensus in March 2011, is one of the Human Rights Council’s most important texts and contains a practical 8-point action plan (para 5a-h) for states to implement.

At a time of growing religious intolerance around the world, as evidenced by the atrocities committed by the so-called ‘Islamic State’ against adherents of other religions, by rising anti-Semitsm and Islamaphobia in the West, by the disappearance of ancient Christian communities in the Middle East, by the fall-out from Danish cartoons and American videos, and by the murder of Charlie Hebdo journalists, resolution 16/18 represents the only universally-agreed policy framework to guide the international community’s response. The Istanbul Process therefore matters. 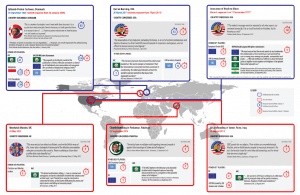 To an extent, the fifth meeting lived up to this billing, giving states from all regions, together with civil society and religious leaders, a space to measure progress on implementation, as well as to debate areas of disagreement or divergence. A recent policy report by the Universal Rights Group (URG) demonstrated that the international community has made some progress in taking steps in line with resolution 16/18 and its action plan (e.g. the speed and sophistication with which political and religious leaders speak out against acts of violence and intolerance in the name of religion) – though much more remains to be done. Meetings of the Istanbul Process are intended to offer a forum for States, civil society and religious leaders to share information and experience in such steps, so that good practice – whether that be the adoption of anti-discrimination laws, the convening of inter-religious dialogues, or the establishment of government mechanisms to monitor and mitigate religious tension – can be replicated elsewhere.

Notwithstanding, the Jeddah meeting also demonstrated that, four years after the adoption of resolution 16/18, key states from the OIC and the West still have a tendency to talk past each other on key issues. For consensus on resolution 16/18 to be maintained and for future progress to be made, states need to transform such monologues into inclusive conversations that actively address each other’s concerns.

For the OIC that means accepting, as High Commissioner for Human Rights Zeid Ra’ad Al Hussein noted in his introductory address in Jeddah, that implementation starts at home. Introspection must be a guiding principle of international efforts to combat religious intolerance and discrimination. Importantly, for many OIC states that means taking concrete steps to strengthen the domestic enjoyment of the inter-linlked freedoms of religion or belief and of expression. As URG’s policy report makes clear, a strong domestic policy framework for the promotion and protection of freedom of conscience and freedom of speech is an essential pre-requisite for the establishment of a open and tolerant society.

For the West, it means accepting that, while vital, protecting freedom of expression and freedom of belief alone will not act as a brake on growing incidences of religious stigmatisation, hatred and violence. In other words, states must also take a range of other actions (including those set down in the 16/18 action plan) and confront a range of other, often very difficult and sensitive questions, if they are to secure greater religious tolerance and understanding.

One of those difficult and sensitive questions is the relationship between freedom of expression and hate speech (i.e. between articles 19 and 20 of the International Covenant on Civil and Political Rights – ICCPR), especially in relation to religious issues – a matter that, according to OHCHR, ‘has unfortunately come increasingly under focus and created friction and violence among and within diverse communities.'(1) In other words, states will need to further discuss, in an intergovernmental setting, what constitutes incitement to religious discrimination, hostility or violence (i.e. incitement to religious hatred) – which, according to the ICCPR, ‘shall be prohibited by law.’

Resolution 16/18 (paragraph 6f) calls on states to ‘adopt measures to criminalise incitement to imminent violence based on religion or belief.’ This apparently straightforward wording (based, principally, on US law) belies, however, significant differences between states as to what constitutes incitement to religious discrimination, hostility or violence, and thus where the threshold of what ‘shall be prohibited by law’ actually lies. Fortunately, in 2011, OHCHR had the foresight to organise a series of expert workshops, in various regions of the world, to address precisely this issue. The outcome of that process, adopted by experts in 2012, was the Rabat Plan of Action, a clever and balanced document offering clear guidance on what constitutes incitement to hatred.

However, for whatever reason, the Rabat Plan of Action has never been considered by states at the Human Rights Council. Indeed, for a long time delegations would discuss resolution 16/18 (including paragraph 6f) without even mentioning the Rabat Plan of Action – despite the latter’s clear relevance to the 16/18 action and its implementation. That changed with recent iterations of resolution 16/18, which have noted Rabat.(2) However, the (often heated) discussions on incitement to religious hatred during the fifth meeting of the Istanbul Process show that states are still often unable or unwilling to make the connection between Istanbul and Rabat.

It is vital, for the future of the UN’s only universally-agreed policy framework on combatting religious intolerance and discrimination, that this paradoxical situation is brought to an end. What constitutes incitement to hatred may be an incredibly difficult and sensitive question, especially at the present time – but that is precisely why the international community should consider it in an open and inclusive manner, and in the relevant UN forum: the Human Rights Council. It is clear that not everyone wants to ‘bring Rabat into the Council.’ For those that are uneasy with aspects of the Plan of Action, the reasons for this reticence are perhaps obvious. But even supporters of Rabat have concerns – worrying about what will happen to the hitherto expert-led Plan of Action once it is brought into the political arena of the Council. While such concerns are understandable, the reality is that states are unlikely to implement the Rabat Plan of Action (which is surely the objective) unless they first have an opportunity to discuss and debate it. And only by discussing and debating the issues addressed by Rabat, will states generate the confidence and mutual trust needed to fully engage with the Istanbul Process and implement, in full, the 16/18 action plan.

That is why the URG, in its recent report, called for the 2017 meeting of the Istanbul Process (following the 6th meeting, in 2016, which will be held in Chile) to focus on the relationship between resolution 16/18 and the Rabat Plan of Action. In other words, if states are to make genuine progress with the implementation of resolution 16/18 and thus strike a meaningful blow against global religious intolerance and discrimination, they will need to embrace the idea that the road to Istanbul needs to pass through Rabat.