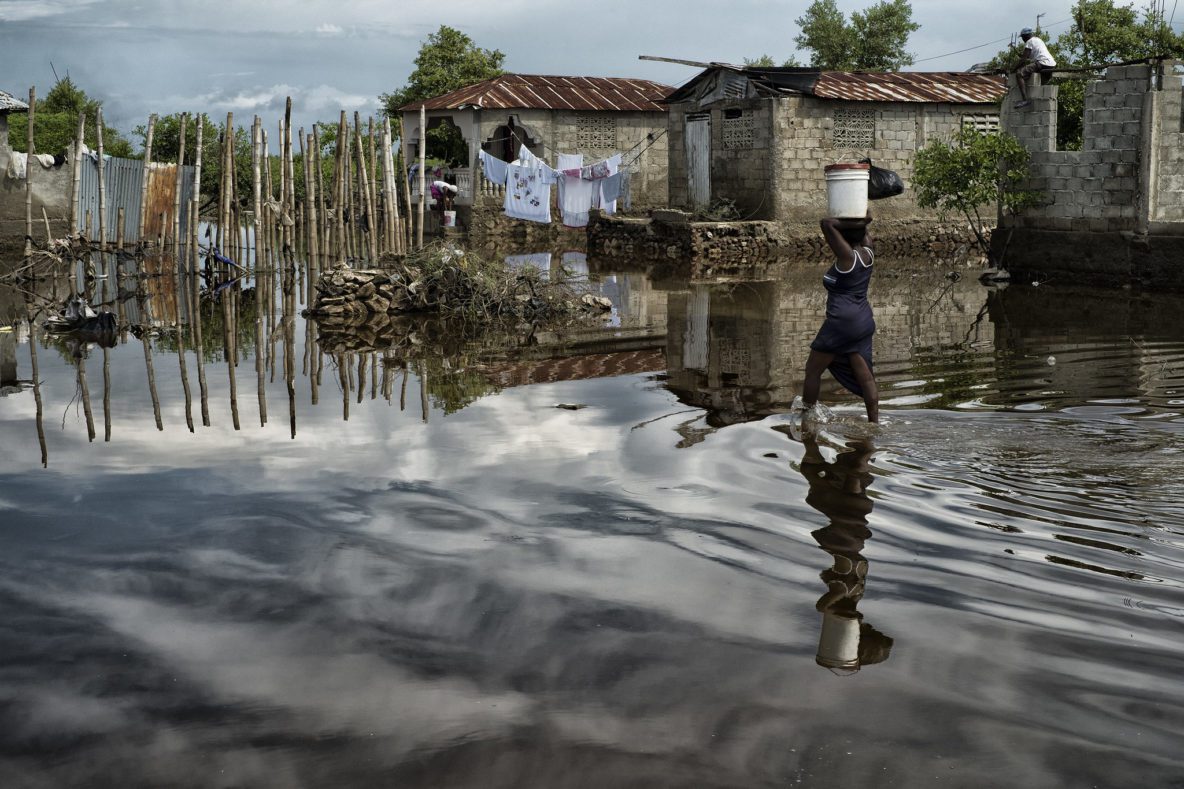 The summer of 2022 will be remembered by many as the time when the effects of climate change became for them all too real: water scarcity, droughts and desertification, loss of habitats and displacement due to wildfires, growing health conditions and deaths as a result of record-breaking heatwaves, displacement and destruction of housing and infrastructures due to record flooding. However, while these impacts are a relatively new phenomenon for wealthy countries, those in developing countries, particularly in Small Island States, have been coping with the consequences of climate change for years. Recently, increasingly severe droughts in the Horn of Africa and devastating floods in Pakistan have reinforced calls for stepping up resources to address the impacts of climate change, not only through mitigation (i.e., by reducing greenhouse gas emissions) and adaptation (e.g., building flood defenses) but also through the financing of loss and damage.

Loss and damage is a concept used in the context of climate negotiations to describe the impacts of climate change that a community cannot adapt to or mitigate, due to a lack of options or resources. Such impacts are both economic –affecting livelihoods, infrastructures, industries, or supply chains– as well as non-economic (e.g., loss of cultural heritage, knowledge and identity, which is especially severe in the case of Indigenous Peoples, or destruction of biodiversity and territory). Over the last few years, the notion of loss and damage has gained momentum as the tangible impacts of human-induced climate change become everywhere more visible, throwing into sharp contrast their differential impact, as a result of global inequalities. Loss and damage is concentrated mostly on vulnerable groups in poorer countries, while the main contributors to human-induced climate change are the most privileged in wealthy countries. These losses are starkly unequal across different regions –in 2050, GDP losses are estimated at 4.7% for Africa, between 3.8% and 2.6% for Latin America, the Middle East, Eastern Europe, and Asia Pacific, while Western Europe and North America would face a considerably lower risk (1.7% and 1.1% respectively). On top of the economic impact, non-economic loss and damage, which are more difficult to quantify, can be felt more acutely in those regions where there is a higher prevalence of Indigenous peoples, biodiversity hotspots, and population reliance on those ecosystems for their livelihoods and cultural knowledge and practices. Such inequalities showcase the need for a greater and more balanced distribution of resources and access to climate change-related loss and damage financing.

Pushing for equality in addressing loss and damage

An estimate of around $20 billion per year will be necessary in order to address the impact of climate-related disasters. From the initial consideration of means to address loss and damage at COP13 in 2007, to the recognition of loss and damage at COP19 in 2013, several calls have been made in the international community to set up a ‘fair and automatic mechanism for financial support’. With such a mechanism, the largest contributors to climate change would be made to contribute more to address its impacts in countries that are least responsible for it, i.e., rich countries disproportionately responsible for  current emissions would provide finance to developing countries. In 2021, during COP26 in Glasgow, one such proposal on a financial facility for loss and damage failed to garner necessary support, mostly due to opposition from developed countries. As the international community prepares for COP27 in Egypt later this year, global civil society networks are pushing for the inclusion of loss and damage to be included as an item of the agenda.

Likewise, a group of developing countries are planning to present a discussion paper at the 77th Session of the UN General Assembly in September 2022 calling for a “climate-related and justice-based” global tax to fund loss and damage in developing countries. Proposals to obtain those funds include taxes on carbon, airlines, bunker fuels used in the shipping industry, or financial transactions. With Western countries vying for support from developing countries in their opposition to Russia’s war of aggression, it will be interesting to see whether this translates into a greater openness to such measures, that are flagship issue for many developing States.

What’s the international human rights system doing about it?

The higher vulnerability of developing countries to the impacts of climate change is the result of historical political, economic, and social structures and approaches to development. Therefore, loss and damage are closely linked to notions of climate justice, remedy and reparations – concepts that are at the core of the human rights agenda.

Against this backdrop, and somewhat behind the scenes, the international human rights community has been leading in efforts to place humans and their rights front and center in climate change-related policy discussions and decisions. Already in 2008, the Human Rights Council began work on the link between climate change and human rights, adopting a resolution on human rights and climate change that was followed throughout the decade by several other resolutions on the intersection between climate change and different vulnerable groups. In October 2021, the Human Rights Council approved its landmark Resolution 48/13 recognising the human right to a clean, healthy and sustainable environment, and Resolution 48/14, which established a Special Rapporteur ‘to contribute towards ongoing efforts at all levels to address the adverse impact of climate change on the enjoyment of human rights’. Following on the Council’s steps, in July 2022, the United Nations General Assembly adopted a historic Resolution recognising access to a clean, healthy and sustainable environment as a human right and urging States to implement their environmental and human rights obligations and commitments, while urging businesses to increase their efforts to safeguard this right.

Though these resolutions are not binding, their importance lies primarily in the fact that they can pave the way for legally binding treaties, and drive States to align their national laws and policies with such international commitments. They also send a message about the international willingness to cooperate on the issue, compelling reluctant States to join consensus so as to avoid isolation (Resolution 48/13 had 41 votes in favour and 4 abstentions), while empowering environmental human rights defenders to claim their environmental rights. Such resolutions also set standards that serve as a cornerstone and feed into the work of the rest of the human rights – and broader UN – system, galvanising concerted policymaking, by empowering the human rights mechanisms (e.g., the Special Rapporteur on climate change) to promote and protect environmental rights, while mainstreaming a human rights-based approach to environmental and climate policy.

What are the options moving forward?

In May 2022, the newly appointed Special Rapporteur, Ian Fry, began his three-year mandate. With the human rights impacts of loss and damage being one of the key priorities of his mandate, he has called for ‘finding a way for getting the polluters to pay, not just countries, but also corporations’. In his recent report to the UN General Assembly, Mr. Fry is clear that loss and damage from climate change are causing ‘a litany of human rights impacts’, and warns of developed countries stalling negotiations and rejecting proposals for new funding mechanisms. Mr. Fry explicitly points the finger at the major emitting countries for abandoning ‘their duty to cooperate in line with the principles of international cooperation’.

Recent global experiences like the development of the COVID-19 vaccine show that international cooperation towards a common goal is more necessary than ever before. However, such cooperation is possible only if there is political will to allocate the necessary resources. It also highlighted the crucial need for countries to consistently commit to that cooperation in a sustained manner, so as to avoid further gaps and inequities such as those experienced in the distribution of vaccines.

With the consequences of climate change becoming increasingly visible and widespread around the world, there is a new opportunity for multilateral cooperation to address these impacts, losses and damages. As a fundamental human rights issue that relates to the core principles of justice, equality, accountability and non-discrimination, the international human rights community has a central role to play in pushing the agenda of financing for loss and damage forward in a human rights-compliant direction. The UN human rights mechanisms (i.e., Special Procedures, UPR and Treaty Bodies) can notably serve a fundamental role in this regard, by recalling the human rights impacts of loss and damage, the human rights obligations of States in this regard (e.g., international cooperation), and by ensuring a human rights based approach to loss and damage policymaking that ensures broad stakeholder participation in decision making, while empowering and addressing the needs of the most vulnerable first. Ultimately, they can help realise the fundamental right to a clean, healthy and sustainable environment for everyone, everywhere.