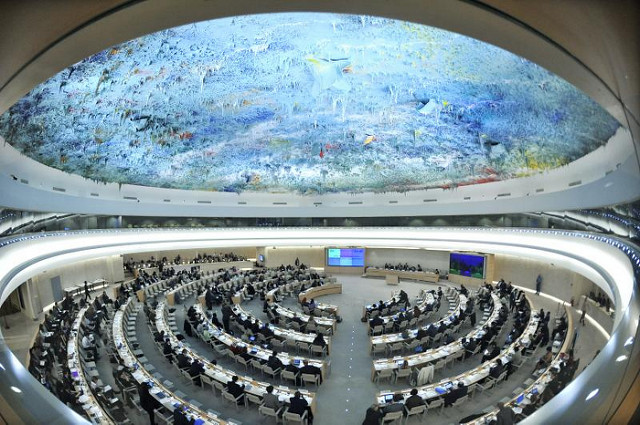 As the Human Rights Council enters its teenage years, the Council’s ‘prevention mandate’—i.e., its responsibility to ‘contribute, through dialogue and cooperation, towards the prevention of human rights violations and [to] respond promptly to human rights emergencies’[1]—has become one of the hot topics of discussion. Operationalising the prevention part of the Council’s mandate was the central theme of the last Glion Human Rights Dialogue (Glion IV).

The Council makes significant contributions to both early warning and accountability. Within the UN system, the Council often raises the alarm on human rights emergencies by holding urgent debates, informal briefings, or special sessions. In recent years, this has been the case for the Central African Republic and the situation of Rohingya Muslims and other minorities in Myanmar.

The second ‘strength’ of the Council that observers often point to is its focus on accountability, especially in relation to armed conflicts. While other UN bodies and national or regional processes deal with the political and/or technical aspects of peace-making, the Council puts an emphasis on the existential link between peace and justice and the importance of holding perpetrators of violations and abuses to account. The Council’s action on the DPRK and Sri Lanka, or its last resolution on South Sudan, are telling in this regard.

Key to both early warning and accountability is scrutiny. Without the ability to pierce the veil of state sovereignty and examine domestic human rights developments, the Council would be unable to deliver on its mandate. But when it comes to the advocacy NGOs that routinely engage with the Council conduct, a number of myths need to be debunked. Firstly—and this is the most fundamental misconception—NGOs are not obsessed with resolutions. What we want is impact on the ground, i.e. greater respect for human rights and better protection for those who are at risk—not resolutions in Geneva. If a joint statement or simply the threat of international exposure have the effect of encouraging the state concerned to take corrective action, then let it be so.

Secondly, when a country-specific resolution is considered, NGOs do not automatically want it to be under item 4. This is a common misperception of NGO asks. We factor in the gravity of the situation on the ground but also the behavior and will of the government concerned, the likelihood of success of alternatives approaches, and political realities. Now, it is true that NGOs usually set the bar high, which means that we sometimes insist on situations being considered under item 4 by way of principle.[2]

Thirdly, we are careful not to cry wolf. Most NGOs that have permanent offices in Geneva that conduct advocacy at the Council have either country-focused researchers or networks and partners who work on the ground, gather information, and produce reports on human rights developments. Our advocacy efforts do not happen in a vacuum. In many cases, we have raised the alarm based on ‘early, early warnings,’ urging states to individually or collectively raise human rights issues under various Council agenda items.

At the last Council session, DefendDefenders raised human rights developments, including an ongoing crackdown on protesters, human rights defenders, and journalists in relation to the reinstatement of a state of emergency in Ethiopia. We did so on the basis of our analysis that the situation (a domestic human rights emergency) deserved a Council response and could escalate into a full-fledged regional crisis—and in line with both elements of paragraph 5(f) of UNGA resolution 60/251.

On the one hand, ‘dialogue and cooperation’ are key tools for the Council. Its standing agenda item 10 embodies this ‘soft’ approach, which rests on the premise that a government that shows good faith and a willingness to improve its human rights record should receive the assistance it needs to build its capacity to uphold its obligations. On the other hand, the ‘responding promptly to human rights emergencies’ element of paragraph 5(f) is designed to make sure the Council responds to a situation before it’s too late—with or without ownership of the government concerned. In short, human rights emergencies should not become human rights crises.

There is a moral human rights case (preventing abuses and suffering) as well as an economic case for prevention, as the time and resources spent when it’s too late to avoid a crisis far exceed the time and resources that should have been dedicated to preventing such a crisis from happening in the first place. Besides, the opportunity costs of late international action can be significant: the efforts spent on a country situation are efforts not spent elsewhere, on other crises.

No one likes to be wrong, but when it comes to human rights crises that the Council fails to address early, NGOs often have a strange taste of ‘we told you so’ in their mouths. We would prefer to have been wrong when we raised a country situation early enough for state interlocutors not to recognize it as deserving urgent attention.

To be fair, there are instances of the Council (or groups of states) actually exercising a prevention mandate, i.e. addressing human rights emergencies at an early stage and contributing to avoiding a crisis. In these cases, we will never know exactly what has been avoided and how much suffering has been spared—and happily so.

Contributions to making the country concerned defuse tensions, deescalate a crisis, and listen to the grievances of rights-holders, including by upholding its human rights obligations to a greater degree, range from individual expressions of concern (at the Council or bilaterally) to joint statements and other forms of collective action, including resolutions under items 2, 4 or 10. Determinants of success include the abovementioned elements and the sensitivity of the country concerned to criticism (sometimes, even a small amount of international exposure can lead to significant positive action on the ground), but also the ability of the international community to respond to ‘early, early warnings’ and listen to civil society actors and independent experts.

Toward objective criteria for the Council’s preventive action

States may be reluctant to publicly express concern over an ally’s developing human rights issues, but an analysis of Council action and inaction shows two things. First, ostrich policy is hardly an option. You may save time and spare an ally in the short run, but more often than not, you will end up spending more time and resources attempting to fix a crisis that has erupted. Friends speak truth to friends, and they shouldn’t wait until it’s too late to do so.

The second and more positive finding is that recent years have shown that being a member of the Council is not a shield against international scrutiny. Burundi and the DRC, as well as, indirectly,[3] Saudi Arabia, have been targeted by Council resolutions. There has also been greater attention (during debates and through individual or joint statements) to Australia’s appalling refugee rights record, the abysmal treatment of migrants in the European Union, Venezuela’s human rights crisis, and the abusive, xenophobic rhetoric of President Trump and his administration.

This shows that the Human Rights Council is equipped to respond to human rights emergencies. Again: we, NGO advocates, do not demand a strong, condemnatory item 4 resolution each and every time an emergency threatens to turn into a crisis. Item 4 resolutions should be last resort. They should remain a tool the Council uses when gross abuses have been, or are being, committed, and when accountability must be emphasized.

Other criteria could be developed, including the Special Advisers of the UN Secretary-General on the Prevention of Genocide and on the Responsibility to Protect flagging a situation as requiring urgent attention. But the key conclusion is: there is an appetite for objective criteria triggering Council action on situations of concern, and the time is ripe to identify and crystallise such criteria. Like-minded states should make sure that making the Council better able to fulfil the mandate—which includes prevention—conferred to it by its founding resolution is a key point of its agenda.

[2] The Sudan is a prime example: year after year, NGOs have called for a stronger Council response to the country’s human rights and humanitarian crisis, considering the ineffectiveness of the item 10 approach.

[3] Through its role, and that of the coalition it leads, in the Yemen war.

Feature photo: A general view of participants at the 16th Session ot he Human Rights Council by UN Photo/Jean-Marc Ferre,  licensed under CC-BY-NC-ND 2.0.