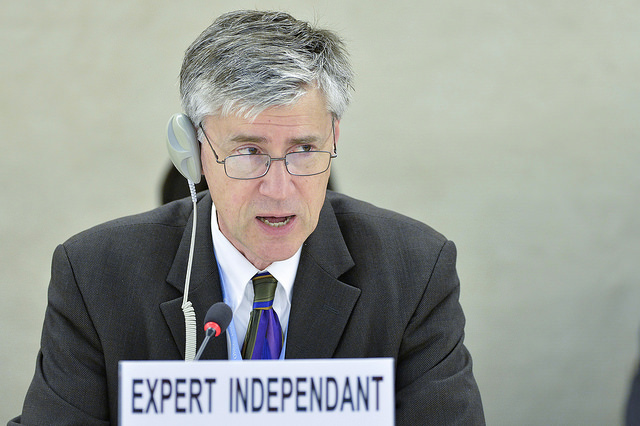 Note: This article is based on a Joint Statement by UN Environment and the Special Rapporteur on human rights and the environment ahead of World Environment Day.

“We believe that the historic moment has arrived for the United Nations to recognise the human right to a healthy environment at the global level.

Unfortunately, the links between human rights and the environment are often most evident when environmental harm causes illness, destruction, and death. Over one million children die every year as a result of air and water pollution alone, and climate change and the loss of global biodiversity threaten present as well as future generations.

Our knowledge of new threats is growing – for example, the rising tide of plastic pollution demands greater attention and an effective response.

At the same time, those who promote and protect the environment are at an increasing risk, with an average of four environmental defenders killed every week, somewhere around the world.

To achieve sustainable development, it is necessary for us to recognise the fundamental importance of protecting the environment and of the rights that depend on it.

More than 100 States have already included the right to a healthy and sustainable environment in their national constitutions. Many more have recognised it in legislation or in regional agreements. The right is also understood to be inherent in other human rights, including rights to life, health and an adequate standard of living.

The UN Human Rights Council has adopted resolutions emphasising the interdependence of human rights and the environment, and in March of this year renewed the mandate of the Special Rapporteur for another three years. At the same time, UN Environment announced a new Environmental Rights Initiative, which will promote rights-based approaches in environmental policy.

The time has come for the United Nations to take the next step, which so many of its members have already taken individually.

Recognising the human right to a healthy and sustainable environment would not solve all environmental problems. But it would make clear that a healthy environment is on the same level of importance as other human rights and that, like other rights, it must be fulfilled in order for all people to enjoy lives of dignity, equality and freedom.

John H. Knox, the UN Special Rapporteur for Human Rights and the Environment, will submit a report to the UN General Assembly on this to be presented in October 2018.

Featured photo: John Knox, Independent Expert on the issue of human rights obligations relating to the enjoyment of safe, clean, healthy and sustainable Environment present’s his report on his mission to Costa Rica during of the 25th Session of the Human Rights Council. 11 March 2014. UN Photo / Jean-Marc Ferré