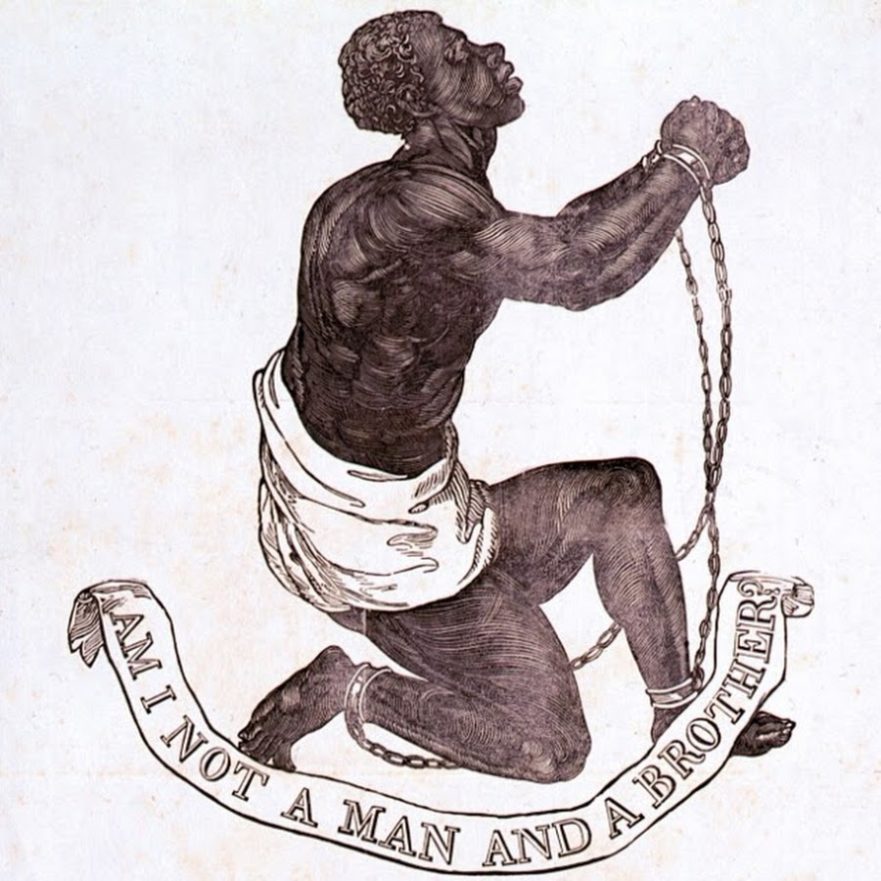 In his final address to the Human Rights Council, UN High Commissioner for Human Rights Zeid Ra’ad Al Hussein highlighted a growing sense of weariness within the international human rights community; a growing fear that the UN’s human rights pillar is being marginalized. Given the global state of affairs, from rising nationalism, xenophobia, and racial and religious intolerance to clampdowns on civil society space and a global backlash towards women’s rights, a global sense of despondency towards the human rights movement may be forgiven. The movement’s imminent swan song is not, however, a foregone conclusion.

During such trying times, it is both useful and important to recall the unrivalled power of the human rights narrative in driving fundamental social change throughout history, often against all odds. From The Forgotten Prisoners; Peter Benenson’s Observer article which launched a letter-writing call-to-arms for prisoners of conscience, and with it, Amnesty International, the 19th century movement to dismantle the institution of slavery is only one formidable example of what a dedicated, organized, and courageous group of people can achieve.

The early abolitionists had considerable challenges to surmount, given the pervasiveness of slavery and its impact on the British, and global, economy. Estimates suggest that between 1526 to 1867, some 12.5 million slaves had been shipped from Africa, with roughly 6 million leaving Africa in the 18th century alone. The West Indian Islands, the centre of the triangular trade in slavery, had become the hub of the British Empire by the 18th century. In 1798, William Pitt, the then UK Prime Minister, assessed the annual income from West Indian plantations at four million pounds as compared with one million from the rest of the world. Simultaneously, by 1833, British ‘democracy’ was characterised by a dearth of accountability and exceedingly low rates of political participation. Between 60-75% of constituencies were uncontested and essentially ‘bought’ by rich landowners, whilst 95% of the population had yet to receive the franchise.

Against this political and contextual backdrop, nine Quakers and three Anglicans, including Thomas Clarkson, William Wilberforce, and Granville Sharp, formed the Society for the Abolition of the Slave Trade in 1787, at a printing shop at 2 George Yard, London. They hoped, amongst other things, to secure a law that would abolish the slave trade and enforce this abolition on the high seas. It would grow into the first campaign to successfully engender public empathy for the rights of the distant Other, leveraging this public support towards abolitionism at the legislative level. They had secured the abolition of slavery by 1838.

Their monumental success hinged on their effective invention and sophisticated organisation of modern methods of human rights campaigning; from petitioning and pamphleteering, publishing first-hand accounts through autobiographies, consumer boycotts, to creative partnerships with artistic media, including pottery, ceramics, and fashion. The Society wrote and published numerous anti-slavery prints, posters, pamphlets, and books, including the autobiographical account of Olaudah Equiano, a freed Igbo slave. In 1789, Thomas Clarkson promoted the Society’s cause by encouraging the sale of Equiano’s memoir and inviting the former slave to lecture in British ports linked to the slave trade. The cause also drew the notable support of Josiah Wedgwood, a master ceramicist, who created and mass-produced the medallion, ‘Am I not a man and a brother?’, a slogan very at home with today’s human rights language.

At the legislative level, William Wilberforce MP led a parliamentary movement by convincing his friend William Pitt to give his unofficial support to an early bill introduced in 1791. Whilst the bill was defeated, Wilberforce introduced a new one almost every year. Simultaneously, local chapters of the Society were set up across the country, galvanising popular support for the movement. This culminated in 519 petitions being presented to Parliament, the largest number ever submitted on a single topic or in a single session.

Nevertheless, the Society had limited early success; the House of Commons voted in 1792 that that trade should be ‘gradually abolished’ by 230 votes to 85. In the context of the recent French revolution, the movement’s radicalism led to success, but also proved to be its Achilles heel, as the French Revolution led to reactionary feeling across the UK, and by 1793, the Commons had effectively reversed the 1792 resolution.

Despite the ‘bleak decade’ that followed, the Society had begun to directly engage women, who were prohibited from signing petitions or from voting. Wedgwood’s anti-slavery medallion was utilised in jewellery and fashion, allowing women a format in which to publicly express their anti-slavery views.  Women’s Society chapters were also established, including by Elizabeth Heyrick, a more radical abolitionist and author of ‘Immediate not Gradual Abolition’. Whilst women were politically voiceless, they were usually responsible for the purchasing power of each household. Recognising the economic power of women, they organised and led the first consumer boycott in history in 1791, targeting sugar as slavery’s main export. They drew a direct link between the consumption of sugar and its human cost, leading Quaker William Fox to famously assert that for every pound of West Indian sugar, ‘we may be considered as consuming two ounces of human flesh.’ Whilst the boycott failed to end slavery for a variety of economic reasons, it was hailed as a propaganda victory for successfully ‘linking the issue of slavery to the individual consumer’s complicity.’ An estimated 10% of the population abstained from sugar purchases as a result of the campaign, acting as a precursor for challenging the economic assumptions of slavery that the institution rested on.

Changing the tide of public opinion

The Society persevered despite prevailing sentiments, and the movement picked up steam again in 1804. Thomas Clarkson had travelled to Africa in the intervening years in order to gather evidence of the realities of slavery, which he utilised in his program of public education delivered on vast speaking tours of the UK. Moreover, he had collected a variety of African spices in an effort to counter the predominant economic rationale of slavery, and to promote the benefits of free trade with Africa. The Society finally achieved legislative success with the passage of the Abolition of the Slave Trade Act in 1807. Although the Act only abolished the slave-trade in the British Empire, and not slavery itself, a third of the existing slave trade stopped overnight.

A secondary group; The Society for the Mitigation and Gradual Abolition of Slavery Throughout the British Dominions was founded in 1823 by Clarkson, Wilberforce, Buxton, and Heyrick, which sought to improve the conditions of slaves in the West Indies, calling again for gradual emancipation. A radical offshoot began to demand the immediate end of slavery through a new Act of Parliament. Between 1828 and 1830, the group coordinated over 5000 petitions, and the Society was instrumental in winning over new voters enfranchised by the 1832 Great Reform Act. As a result of the concerted public pressure, Parliament passed the 1833 Slavery Abolition Act, which immediately freed slaves below the age of six in the British colonies. All other slaves were designated as ‘apprentices’, forced to work for a further six years under a system of indentured labour. Crucially, the Act provided exemption for the territories of the East India Company or of the islands of Ceylon and Saint Helena, and a £20 million fund was established to compensate former slave owners. By 1838, all slaves had been emancipated in the British Empire, and the Anti-Slavery Society turned its aims towards the global abolition of slavery.

A lesson in pragmatism

Whilst the abolitionist movement is certainly not without its critics, it is equally important to acknowledge its successes whilst learning from its limitations. The most astute critics[1] have rightfully pointed out the economic ties certain abolitionists had with East Indian companies, who stood to gain enormously from the shift away from mercantilism towards ‘free’ trade, particularly with India. However, the yardstick of success for any human rights campaign must be measured on what it delivers to the wider enjoyment of rights by individuals, and not solely on its altruistic motives. This means building and widening coalitions for action with a host of actors with different perspectives.

As the anti-slavery abolitionists and human rights activists before us have shown time and time again, the arc of history is on our side. If the human rights movement hopes to meet its aims and objectives in the current climate, we need to relearn and utilise this kind of pragmatism. We cannot rely solely on moral or philosophical arguments to win allies or persuade others of our values. Mounting evidence has shown that fulfilling the promise of human rights will bring economic benefits, sustainable development, and peace and security. Winning allies on this front is not only possible, but necessary in order to broaden our support base and effect the social change we need. Whilst opponents of human rights effectively organise to counter the language, institutions, and mechanisms of the human rights movement, we need to reach across the aisle and make the human rights movement appealing again. We want only for the courage and determination to continue standing up against injustice and inequality in the face of such ‘bleak decades’. It is time to extend the hand.

Featured photo: The Official Medallion of the British Anti-Slavery Society, 1795. The medallions were produced by Josiah Wedgwood, whilst the design is usually credited to William Hackwood or Henry Webber, modellers at the Wedgwood factory.

Plan and cross-section of the slave ship “Brookes” of Liverpool, as utilised by Thomas Clarkson as evidence of the realities of the slave trade. 1789 Woodcut.