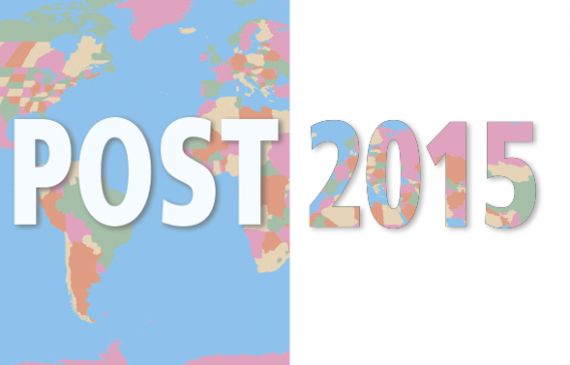 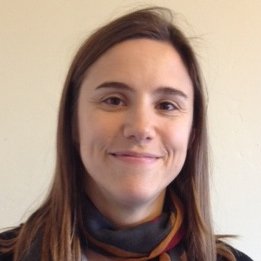 Late last month at the UN, representatives of all member states gathered to discuss how they would review and monitor progress once implementation of the post-2015 sustainable development agenda begins. For the members of the Post-2015 Human Rights Caucus, pursuing accountability for post-2015 commitments is a priority, given its centrality to human rights practice and the stark failure to promote accountability in the context of the MDGs. Therefore members of the Caucus – and many others in civil society – were out in force during the inter-governmental negotiations, keeping pressure on states to agree a monitoring and review architecture that can contribute to more effective, empowering and right-realising implementation.

The context is a challenging one. Disappointingly, but perhaps unsurprisingly, the word ‘accountability’ has become a controversial one during negotiations. Some have deemed even the word ‘monitoring’ as unpalatable, and thus ‘follow-up and review’ has become the lowest common denominator language. During the negotiations in May, after the co-facilitators (the Ambassadors of Kenya and Ireland) asked delegates which terminology to use, the G77 + China group declared forcefully that there was no place for ‘monitoring and accountability’ in the post-2015 context. (Although it doesn’t seem that this is a strong uniform position – some G77 countries do use the supposedly taboo ‘A word’ in their public and private remarks.) For many, the fear of ‘accountability’ stems not from dislike of the concept of people-state accountability per se, but rather state-to-state accountability; the idea that the new goals could provide an excuse for new avenues of conditionality and paternalistic finger-wagging from rich countries. (Of course, real accountability should mean nothing of the sort, and indeed the SDGs could be an opportunity for greater accountability for the role of the developed countries in constraining or enabling sustainable development internationally.) The EU and its allies are more comfortable with ‘monitoring and accountability,’ but their stance is far from consistent. During negotiations ahead of the ‘Financing for Development’ conference, to be held in Addis Ababa in July, the EU and other rich countries are firmly resisting moves to create an autonomous body to strengthen follow-up to the FFD measures, which would provide a better level of accountability for their financing commitments (and commitments to strengthen the ‘global partnership for development‘).

Much of the discussion at the UN focused on what kind of mechanism should be put in place at the High Level Political Forum on Sustainable Development, to monitor and review progress at the global level. Various civil society voices (including CESR, Save the Children and the Women’s Major Group) and some states have called for a robust peer review process, but overall the appetite and vision for anything more than rudimentary has been sadly lacking. Instead, states spent a lot of time warning against anything ‘punitive’ or ‘finger-pointing’, and urged a ‘lean not mean’ approach. Suggestions to utilise or learn from the Geneva-based human rights mechanisms (such as the UPR) frequently fall victim to this aversion, based on misunderstandings – unfortunately prevalent among diplomats in New York – about how the international human rights system operates. Many delegates seem to believe that the practice and impacts of human rights and development can be neatly separated, and that the human rights monitoring bodies exist only to name and shame. ‘They do things differently in Geneva,’ in the wary words of one high-ranking negotiator.

This is not only disappointing but also short-sighted. Everyone acknowledges that a process based on conditionality or ‘naming and shaming’ would be counter-productive in the post-2015 context; any global review mechanism should be based on constructive collaboration and cooperation. However, a process which simply allows states to present reports and then be done with it – without discussing challenges or allowing for alternative or ‘shadow’ reports to be presented – is frankly not going to deliver what is needed. To ensure the credibility, ownership and effectiveness of the post-2015 sustainable development agenda, it is vital that states commit more time and resources – and requisite political will – to establishing an honest and holistic global monitoring and review process.

The need to use existing monitoring platforms and mechanisms was also a common point of discussion, and to this end the UN secretariat put together an overview (which includes the human rights mechanisms, although not consistently across all the goals). Making good use of existing thematic mechanisms such as the human rights treaty bodies and the Committee on World Food Security makes good sense in weaving a web of accountability for the SDGs. However, these mechanisms will need to be strengthened and given the requisite capacity to play this role effectively, and we will also need to find ways to ensure integration and coherence – including by a systematic flow of information between these bodies and the SDG-specific processes. This will be crucial if we want to retain one of the great strengths of the post-2015 agenda, which is its more integrated, holistic and systemic approach, in contrast to the ‘silos’ of the MDGs. At the national level, it will also be important to find institutions and mechanisms that can play a ‘bridging role’ between different goal areas, policy spheres, departments and ministries – as well as people and governments. In this regard, the potentially valuable role of National Human Rights Institutions was highlighted at the negotiations last month’s negotiations.

A key gap in the discussions around ‘review and monitoring’ in post-2015 implementation is corporate accountability. The post-2015 and FFD negotiations have been increasingly marked by uncritical assumptions about the benefits of private financing for sustainable development, without reflections on how corporate activity – from resource extraction to tax evasion – can have negative social and environmental effects, and can contribute to the violation of human rights. Many civil society groups have been raising their voices to let member states know that, while the private sector may have a legitimate and important role to play in sustainable development, there must be safeguards in place and methods to ensure accountability, especially with regard to powerful transnational corporations. In this regard, many have drawn attention to the importance of the UN Guiding Principles on Business and Human Rights as an important normative source to cite in the respective post-2015 outcome documents.

More positively, during the debates all states did accept – at least in principle – that the review processes and mechanisms (at all levels) must be participatory and inclusive of civil society and the most disadvantaged, marginalised people. The question is how far they will be willing to really implement these ideals. For an agenda with the mantra of ‘leave no one behind’ at its heart, it is unthinkable to exclude the voices and experiences of the poorest and the most disadvantaged people from the monitoring and review platforms. As we know from long experience of supposedly ‘participatory’ development processes, exclusion will be the default unless proactive steps are taken to include such groups. The major failure of development over the last few decades (and why we have so often seen so-called development projects trampling on rights rather than realising them) has been the international community’s inability to prioritise and facilitate true participation for those who are supposed to benefit, and ensure that those who hold the power and the purse-strings are held accountable. It would be a tragic waste if the SDGs eventually offer up ‘more of the same’.

Kate Donald is Director of the Human Rights in Development Program at the Center for Economic and Social Rights.

This article was first published on the CESR’s website.