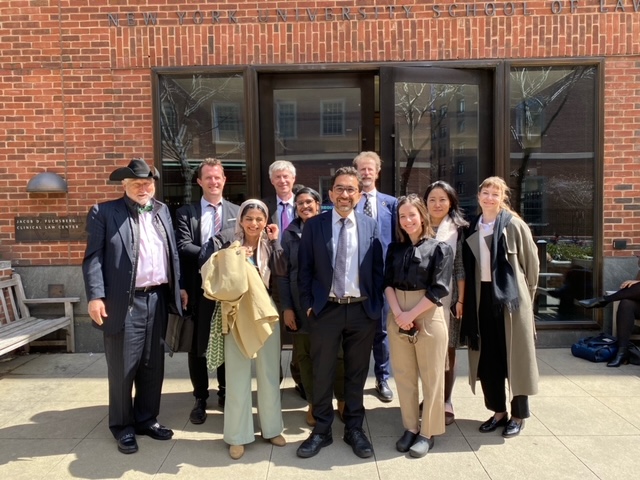 Last week, the URG, the United Nations Environmental Program (UNEP) and the UN Special Rapporteur on human rights and the environment, Dr. David Boyd, in partnership with New York University, held an expert seminar to look ahead towards the possible UN General Assembly recognition of the right to a clean, healthy and sustainable environment (R2HE). Over the course of the seminar, the panelists gave informative and often heartfelt speeches – making the compelling point that GA recognition of R2HE is not only justified, but urgent. Furthermore, it was repeatedly noted that R2HE is broadly supported by civil society, by private sector actors, and by increasing numbers of governments and regional groups in national laws and treaties. The overwhelming message was that the momentum behind R2HE is full steam ahead.

At the end of the meeting, the New York core group on the right to a healthy environment delivered a statement providing a (somewhat vague) timeline for next steps, promising to engage in consultations regarding R2HE over the course of the ‘coming months.’ Special Rapporteur, Dr. David Boyd made a pointed comment in response: ‘we […] support the core group in making this happen, not in the months ahead, but in the weeks ahead.’

GA recognition would come on the heels of a historic resolution adopted by the Human Rights Council last year, recognising R2HE. With a resounding vote of 43 in favour, five abstentions, and none against, the HRC adopted resolution 48/13, recognising ‘The human right to a clean, healthy and sustainable environment.’ 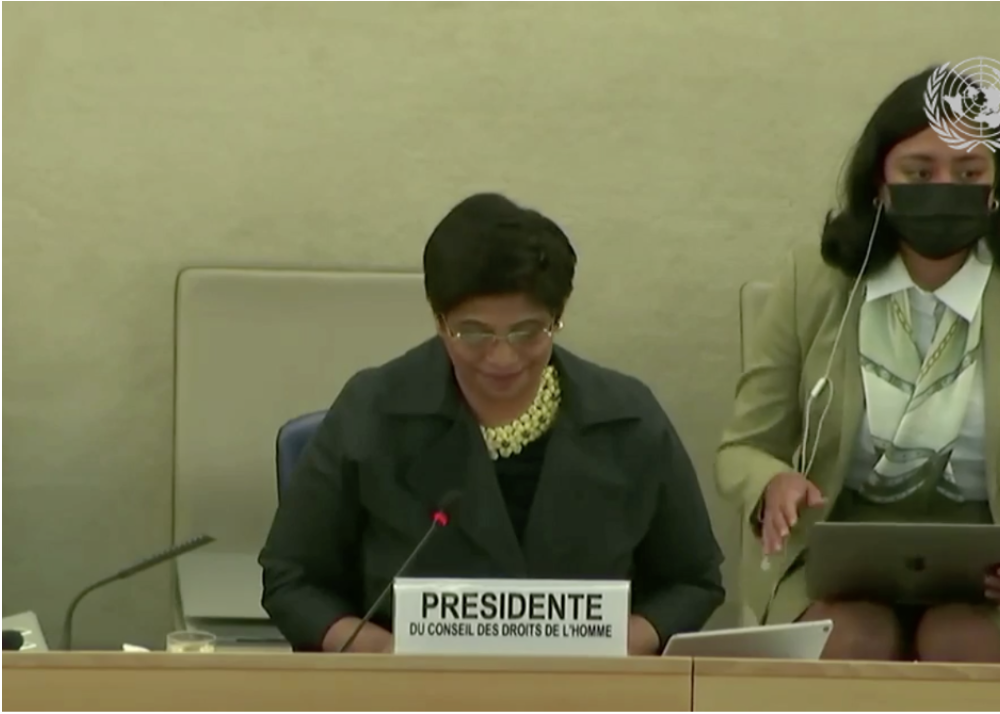 This was the first recognition of a new right by a UN Body since the right to water and sanitation in 2010. UN resolutions in the GA and Human Rights Council are important standard-setting instruments: they can have a powerful influence on regional and domestic policies, and can signal global consensus.

The momentum created by the vote in the HRC should not go to waste. Resolution 48/13 invited the UN General Assembly to ‘consider the matter’ of recognition of the right to a clean, healthy and sustainable environment (R2HE). While recognition in the Human Rights Council is historic, a GA resolution recognising the right would represent the voices of the entire UN membership, and have a significant political impact.

The case for swift action on GA recognition

The right to a healthy environment is historically justified, increasingly legally recognised by UN member States, and increasingly enforced and interpreted by courts. During his remarks, Prof. John Knox, Professor of international law and the former Special Rapporteur for human rights and the environment—explained that R2HE satisfies the GA’s own five-point framework[1] for analysing new human rights.

Using that framework, I’ll address each of the five points using the comments of our panelists:

I. The right must be ‘consistent with the existing body of international human rights law’

Prof. John Knox: ‘A healthy, clean and sustainable environment is necessary for the full enjoyment of a vast range of human rights, including rights to life and health. At the same time, the exercise of human rights—including rights of freedom of expression and association, rights of information and public participation, rights of remedy—all of that is necessary for people to fight for a healthy environment . . . it wouldn’t conflict with this existing body of international environmental human rights law. On the contrary, it would integrate it and pull it together.’

II. The right must be a ‘fundamental character and derived from the inherent dignity and worth of the human person.’

Dr. David Boyd: ‘It’s not a new human right. It’s been part of indigenous legal systems for thousands of years. It was first articulated, not very well, in the Stockholm Declaration in 1972.[2] But in the 1970s, countries began putting this right in their constitutions (Portugal in 1976, Spain in 1978, Peru in 1979). It was put in the African Charter of Human and People’s Rights in 1981 and the San Salvador Protocol in 1988.’

III. The right must ‘give rise to identifiable and practicable obligations

IV. The right ‘must be accompanied by a realistic and effective implementation machinery including reporting systems.

Prof. John Knox: ‘I can’t do better than to simply point you at what the representatives of OHCHR and the UN have already said this morning. UN agencies are already working to try to promote implementation and reporting on this right.’

ASG for Human Rights H.E. Ilze Brands Kheris: ‘With the UN and its partners, we are working to advance human rights and the environment by (1) enhancing the protection of environmental human rights defenders – who are, as we know, a particularly exposed type of HRD today; (2) supporting rights-based environmental action by UN country teams; (3) raising awareness of the negative human rights impact of environmental degradation; and (4) elevating the voices of those most affected.’

Kelly Ann Naylor (UNICEF): ‘UNICEF recently launched a global framework on healthy environments for healthy children . . . we are working with governments to ensure that children’s rights are reflected in climate, environment and health policies and action . . . [and] through the creation and implementation of child-centered climate adaptation plans.’

Prof. César Rodríguez-Garavito: ‘The fact that 150-plus States already have some recognition of it shows how with the potential recognition of R2HE, the General Assembly will be catching up – registering with the existing consensus around the world. And by catching up, the GA will decisively push it forward.’

Numerous panelists pointed out that the right is today recognised by 155 States, and also in binding regional treaties (e.g., the Arab Charter of Human Rights, the Escazú Agreement.) More than 80% of UN member States already recognise the right to a healthy environment in national law, constitution or via regional treaty.

The primary issue now with R2HE was clearly laid out by panelist Prof. César Rodríguez-Garavito (and it isn’t a philosophical debate over whether the right exists as a legal obligation.) The problem is that implementation of the right is fragmented and inconsistent across jurisdictions – 155 countries have recognised the right in some form; naturally, there is some variety in implementation and interpretation by litigators, regulators, judges, businesses, and other stakeholders. International recognition by the General Assembly has the potential to harmonise these national-level variations, providing consistent and predictable implementation of the right globally. Even the private sector is increasingly in support of international recognition, so they can adapt their internal policies to comply with a more predictable and consistent global regulatory environment.

The voices in the UN General Assembly that would object to the right are few—but they’re noisy. Still, the panelists demonstrated that the growing wave of support will drown them out sooner rather than later. As ASG for Human Rights Ilze Brands Kehris said in her opening remarks, ‘Delay is not an option.’ And as another of the panelists, environmental and human rights activist Samia Shell, told the gathered observers, ‘It’s okay if some people are left behind right now. They will catch up, and history will look at them.’

[2] ‘Man has the fundamental right to freedom, equality and adequate conditions of life, in an environment of a quality that permits a life of dignity and well-being, and he bears a solemn responsibility to protect and improve the environment for present and future generations.’ Report of the United Nations Conference on the Human Environment, § II Princ. 1, https://documents-dds-ny.un.org/doc/UNDOC/GEN/NL7/300/05/IMG/NL730005.pdf?OpenElement.