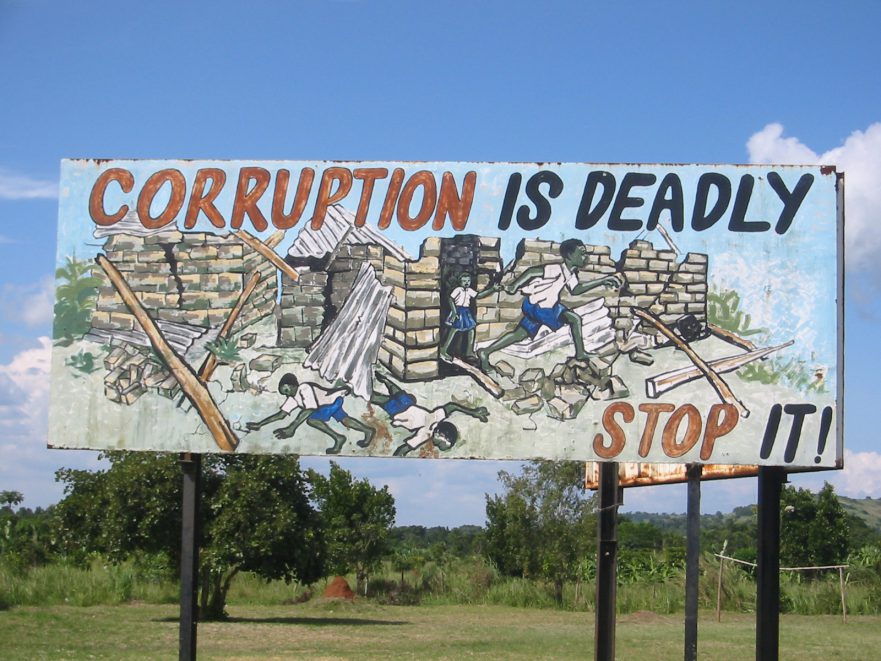 All of which raises a difficult yet crucial question: if the international community is (as powerful States, such as President Biden’s America, insist it is) determined to halt the roll-back of democratic forms of government around the world, and the concurrent advance (practically and ideologically) of autocracy, what are world leaders (individually and collectively via the UN) willing to do?

Will they continue to view corruption, primarily, as a victimless financial crime, to be dealt with as such (for example, through weak international instruments such as the UN Convention against Corruption – UNCAC). Or will they begin to see corruption, especially grand corruption, as a critical global threat to human rights (indeed, as a systematic violation of human rights) and, by extension, as a principal barrier to the renewed advance of democracy around the world?

There are growing signs that world leaders, at least the leaders of the world’s major democracies, may be ready to take this conceptual leap. For example, President Biden’s upcoming Summit for Democracy will take the fight against corruption as one of its three main conference themes, while new ‘human rights sanctions regimes’ being developed in many parts of the world, including in the US, Canada, the UK, and the EU, increasingly view corruption as being inextricably linked with serious human rights violations.

Amongst all the acrimony about Western – and especially American – failure in Afghanistan, one consistent feature of analyses of ‘what went wrong’ is their focus on grand corruption, especially on the part of Afghan political leaders, and the consequences of this for the human rights or ordinary people in the country, as well as for their faith in democracy.

Many of those analyses point to the critical issue of ‘ghost soldiers’ in the Afghan armed forces, and the related failure to pay and properly supply the soldiers who did actually exist – both of which were caused by grand corruption – as the key contributing factor behind the fall of the Afghan State. To back up this argument, they point to a 2016 report by the US Special Inspector General for Afghanistan Reconstruction (SIGAR), which claimed that ‘neither the US nor its Afghan allies know how many Afghan soldiers and police actually exist, how many are in fact available for duty, or, by extension, the true nature of their operational capabilities.’ A later report by SIGAR expressed ‘serious concerns about the corrosive effects of corruption […] and the questionable accuracy of data on the actual strength of the force.’

In fact, as recently revealed by Afghanistan’s former finance minister, Khalid Payenda, ‘most of the 300,000 troops and police on the government’s books [simply] did not exist.’ Rather, they were ‘phantom personnel’ added to official lists so that ministers and generals could pocket their wages. Moreover, according to Payenda, those troops who did exist were ‘not paid on time’ or not paid at all, and were frequently not properly equipped or even fed.

According to Zack Kopplin, writing in the Guardian, this rampant corruption served to ‘hollow out’ the Afghan State and ultimately caused its collapse. Criticising President Biden’s attempts to blame the people of Afghanistan for the fall of Kabul, Kopplin instead said that ‘the Taliban victory [was] the product of the corruption and cronyism of elites – especially senior US military personnel and Afghan politicians.’ Corruption in Afghanistan, he noted, had long been an open secret among international observers and its own citizens. In 2020, Transparency International ranked Afghanistan among the top 20 most corrupt countries in the world. ‘Reports of US government funds flowing into the pockets of warlords and criminal syndicates were common, while nepotism marred public trust in successive administrations. If the Afghan people – and its military – refused to fight for the State, it was, in part, because they had no faith in it.’

If corruption was the primary cause of democracy’s collapse in Afghanistan, it was a primary motivation of those in Myanmar and Sudan, specifically senior generals, who have, during 2021, sought to suspend or roll-back democratic government.

As the BBC reported in March, shortly after the coup d’état, Myanmar’s military ‘are funded by a huge chunk of the national budget, but […] also draw a vast and secretive income from sprawling business interests.’

Two military-run conglomerates (established in the 1990s) – the Myanmar Economic Corporation and Myanmar Economic Holdings Limited – have become a key source of wealth for the Tatmadaw (as Myanmar’s military is known), with stakes in everything from banking and mining to tobacco and tourism. In addition, several military leaders and their families also maintain extensive private business interests.

Many observers believe that it was the fear amongst senior generals, including army chief Min Aung Hlaing, that they may lose access to these lucrative economic activities following the landslide win for the National League for Democracy in the November 2020 elections, that led directly to the coup d’état on 1 February. The army’s move was likely further precipitated by the fact that Min Aung Hlaing had been due to retire in July.

According to reports in Sudan, quoted by Al Jezeera, ‘the army and security services control 250 companies in vital areas such as gold, rubber, meat exports, flour and sesame.’ The head of the Sovereign Council, army chief General Abdel Fattah al-Burhan, had refused to transfer these companies to the government, as part of the country’s democratic transition.

Time for corruption, human rights, and democracy to be placed at the top of the international agenda

In August this year, Russian opposition leader Alexei Navalny wrote that ‘only action against corruption can solve the world’s biggest problems.’ In the article, he placed the blame for many of the world’s crises, including the crisis of democracy, directly at the door of unchecked (and often unspoken) corruption, and proposed a five-point plan for finally tackling the problem.

His ideas – which were especially directed at Western governments – may or may not be realistic. But he is surely correct in asserting that States need to raise the fight against corruption to the very top of the international political agenda, based on an understanding that it is intrinsically linked with many (if not all) of the major threats and challenges facing the United Nations in the 21st century; from the commission of atrocity crimes in places like Syria to the rollback of democracy in Afghanistan, Myanmar, and Sudan, and from the failure to mitigate and adapt (e.g., in Bangladesh) to climate change to the steady accumulation of frustrations compelling people in poorer countries to risk all and migrate in search of a better life.

Navalny is also surely right that there are ‘entirely realistic, easy to implement, and [potentially] highly effective’ steps that the international community can take to ‘combat global corruption.’ That includes at the United Nations and its Human Rights Council.

A 2018 report by the Universal Rights Group, co-authored by Angela Barkhouse and Marc Limon, shows, through empirical analysis, the enormous negative impacts of grand corruption on human rights, especially economic and social rights. In many cases, those impacts (which the report argues represent serious and systematic human rights violations) often lead, in turn, to democratic backsliding and instability. From this, it is evident that the international human rights system must form a key plank of any effective global campaign against corruption. The Human Rights Council has, over the years, recognised this point through a series of biennial resolutions on ‘Corruption and human rights.’ However, these texts have tended to be rather weak – simply urging States to implement the UNCAC or organising roundtable discussions.

Now is the time for the Council, and the wider UN, to move beyond this comfort zone, and – reflecting the seriousness of the threat posed by corruption to human rights and democracy – to significantly raise levels of ambition. There has been talk, in the past, of creating a new Special Procedures mandate on corruption and human rights (e.g., a Special Rapporteur). However, a more ambitious – and more effective – option would be, borrowing lessons from the global fight against torture, to negotiate a new Optional Protocol to the International Covenant on Economic, Social and Cultural Rights. This would create a new UN Subcommittee on corruption, which would work with States parties to strengthen national anticorruption laws and institutions (e.g., anti-corruption commissions), visit countries to assess the situation and provide recommendations to State, work with other parts of the international system to integrate anti-corruption policies into, for example, international development assistance programmes or security programmes, and raise awareness (e.g., through reports) on the global situation of corruption and its impacts on the enjoyment of economic and social rights, especially of the most vulnerable.