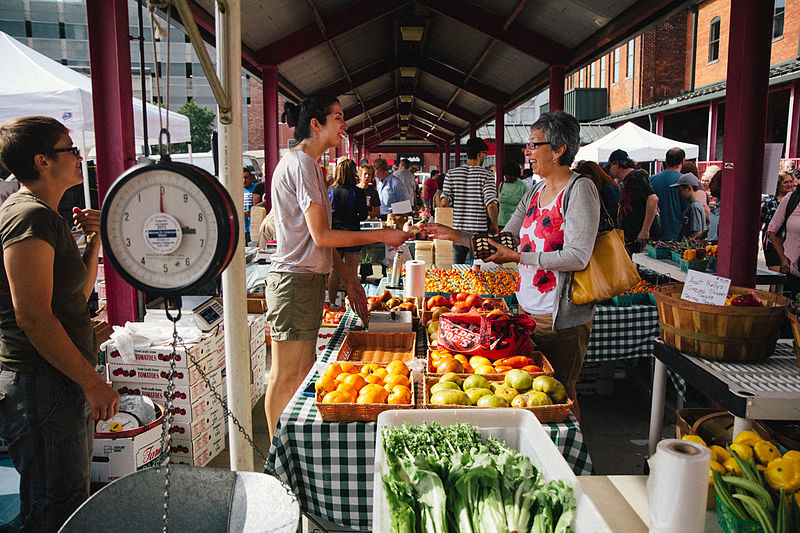 On 2 November 2021, in a significant development for the promotion and protection of economic, social and cultural rights (ESCRs) in the United States, voters in Maine approved an amendment to the state Constitution that recognizes the right to food. The amendment, which 60% of Mainers voted in favor of, declares that “all individuals have the right to grow, raise, harvest, produce and consume the food of their own choosing for their own nourishment, sustenance, bodily health and well-being.” This is a major step for a US state, given the country’s historical reticence to recognising ESCRs (the US is notably not party to the International Covenant on Economic, Social and Cultural Rights (ICESCR)). Despite the lack of recognition of the right to food at the national level, state-level legislation gives Americans some level of autonomy when it comes to food policy. The Maine amendment is significant in that it explicitly provides that food is a right, bringing the state closer to the full realization of an essential international human right, while serving as a model for more states to recognise ESCRs, which the US have generally placed on the backburner.

Jean Ziegler, the first UN Special Rapporteur on the Right to Food (2000-2008), a mandate first established in 2000 by the Commission on Human Rights (and renewed since 2007 on a three-year basis by the Human Rights Council) provides a similar definition, as the right to “regular, permanent and unrestricted access – either directly or by means of financial purchase – to quantitatively and qualitatively adequate and sufficient food corresponding to the cultural traditions of the people to which the consumer belongs.” The Special Rapporteur who is mandated to promote the full realization of the right is an important instrument for the advancement of people’s right to food by recommending policies to States for better implementation and by drafting thematic reports that help develop the normative framework. For example, in his first report, the newest Special Rapporteur, Michael Fakhri, outlines his approach to the right to food – one that reimagines the food system as a means to tackle climate change and that moves away from the existing system “based on an industrial model of inputs and outputs” and “rife with instability.”

Ensuring the right to food creates greater access to food, meaning communities can reduce hunger, eliminate food deserts, and increase the availability of healthful and natural foods. Prioritising the right to food has become even more critical as the prevalence of malnourishment has increased after a period of relative stability, mostly due to the COVID-19 pandemic. According to the World Food and Agriculture Organization (FAO) nearly 10% of the world’s population experienced hunger in 2020, up from 8.4% in 2019. The number of people estimated to be suffering from moderate to severe food insecurity (i.e., persons who experience a lack of regular access to nutritious and sufficient food), also increased in 2020 to 30.4% of the world population – 2.4 billion people.

The Right to Food in the US

The US has not only failed to prioritise ESCRs domestically, but has actively opposed these rights in the international context. As a member of the HRC the US voted against resolutions on the right to food in 2017 and 2018. The US has consistently voted against thematic resolutions for economic, social and cultural rights while a member state from 2009-2015. Notably, this was during Democratic President Obama’s administration, meaning the opposition to these rights has not been exclusive to the two terms the US served on the Council under President Trump. The US justified their vote against the 2018 resolution by stating that it “contains many unbalanced, inaccurate, and unwise provisions” and that it does not “articulate meaningful solutions for preventing hunger and malnutrition.”

Despite the US opposition to the right to food and ESCRs more broadly, efforts have continued at the state-level to advance these rights. As of October 2021, with New Jersey becoming the last state to do so, all 50 US states and the District of Columbia have enacted some variation of a cottage food law. Cottage food laws legalise the sale of home prepared foods, like breads, jams and other baked goods, to the general public. The laws vary nationally in their permissiveness. While cottage food laws ensure some food and economic freedom for both producers and consumers, they award significantly fewer freedoms than the legislation borne of the food sovereignty movement and do little to advance the recognition of food as an inherent human right.

A breakdown of food freedom laws

The food sovereignty movement was developed by La Via Campesina (International Peasant’s Movement) and first introduced to the global community at the World Food Summit in 1996. The movement advances the notion that individual producers and consumers should have the ability to define their agriculture and food policies. At the Summit, held at the FAO headquarters in Rome, participating States adopted the Rome Declaration on World Food Security and The World Summit Plan of Action. The documents highlighted the importance of food security and put forth a goal to reduce the number of undernourished people to half the amount (as it stood in 1996) by 2015.

Food freedom laws differ from cottage food laws in that they award greater freedoms to both producers and consumers. Food freedom laws enable individuals to sell almost any homemade good, including those which are canned, pickled, and refrigerated, without a cap on sales or typical licensing, permitting, or inspection requirements. Maine has gained attention as a leader of the food sovereignty movement in the US. While it has certainly become a prominent voice, the first such legislation was passed in Wyoming in 2015. The first-of-its-kind Food Freedom Act, while not entirely revolutionary in its first iteration, was expanded in 2017 and again in 2020. North Dakota and Maine followed suit, with Utah becoming the fourth state to enact a food freedom law in 2018.

Opponents of food freedom laws argue that they disregard regulations which were created to keep consumers safe. Food safety regulations, they argue, ensure that Americans are not exposed to foodborne illness. But advocates in Maine and around the country repeatedly point to the fact that concerns about the safety of home produced food are unfounded as Utah, Wyoming, and North Dakota did not report a single case of food borne illness within the first year after the legislation was enacted. This is explained in part because food made by independent sellers in their home kitchens are sold directly to the consumer, meaning they do not have to interact with third-party establishments like wholesalers, retailers, or processing plants, all of which increase the likelihood that consumable goods will be exposed to contamination. Additionally, small businesses require the trust of their communities to be successful. An individual who sells contaminated goods risks losing future business. Producers are therefore incentivised to ensure that their product is of the highest quality possible. Finally, individual producers are still expected to comply with existing legal parameters and consumers are allowed to pursue legal action if they feel that they’ve been harmed by a product.

Proponents of the new law argue that it allows individuals to take back control of the food system, especially in a state like Maine, which currently imports 92% of its food supply. Republican State Representative Billy Bob Faulkingham, who sponsored the legislation, says that the bill empowers Mainers to fight hunger and reclaim “command over the food supply in an era of corporate domination.” Democratic State Senator Craig Hickman adds that it is always a “good idea to secure and protect an individual right.”

Protecting the right to food provides a source of economic development. Following the enactment of Wyoming’s Food Freedom legislation, the number of farmer’s markets statewide grew by nearly 70% in four years. The North Dakota Farmers Market and Growers Association estimated that, as of 2019, there were roughly 600 vendors at farmers markets statewide, the majority of which were operating under the state’s food freedom law.

What makes the Maine amendment unique?

The Food Sovereignty Act of 2017, formally An Act To Recognize Local Control Regarding Food Systems, states that “a municipal government may regulate by ordinance local food systems, and the State shall recognize such ordinances.” The act was representative of the food sovereignty movement in that it was concerned with what entities were given authority to control the food system. What sets the new Constitutional amendment apart from all other food freedom laws, both in Maine and other states, is that it explicitly recognizes food as a right and permits individuals to “grow, raise, harvest, produce and consume the food of their own choosing.”

The difference the new amendment will have will only become clear with time. It will remain to be seen whether opponents pursue further litigation to curtail some of the freedoms at the local level. Additionally, there are questions about whether the amendment will have an impact on the social level. It does not include specific provisions for funding programs that work directly to alleviate food insecurity throughout the state. While funding and support for programs of this nature is critical to seeing measurable change, recognising the right is also an important step in the process.