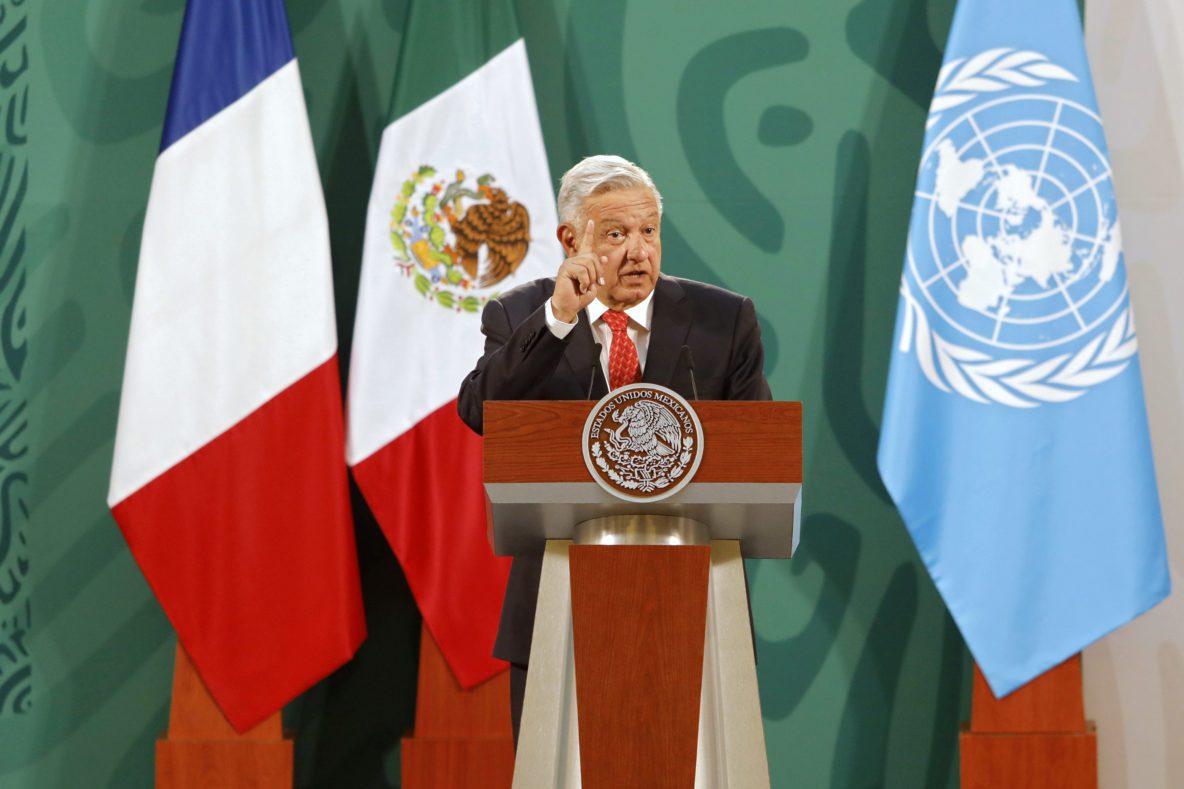 In his virtual address at the inauguration ceremony of the Generation Equality Forum 2021, French President Emmanuel Macron remarked that ‘no country in the world has yet achieved complete equality between men and women’. This observation crystallises the alarming state of gender equality almost 26 years after the Fourth World Conference on Women in Beijing and the adoption of the landmark Beijing Declaration and Platform for Action. The 1995 Declaration raised 12 critical areas of concern where urgent action was needed and laid out a set of commitments to achieve gender equality, development and peace for all women. Despite widespread acceptance of the commitments enshrined in the Beijing Declaration, its promise remains unfulfilled up to this day. The outbreak of the COVID-19 pandemic has further exacerbated the plight of thousands of women and girls all over the world.

As part of the review process on the implementation of the Beijing Declaration, the first session of the Generation Equality Forum (GEF), an event jointly organised by UN Women, the governments of France and Mexico and members of civil society, was held in Mexico City from 29 to 31 March this year. The second and final session of the forum will take place in Paris from 30 June to 2 July and is expected to expand on the lessons shared during the first session while addressing the future of gender equality more broadly.

The overarching purpose of these fora is to evaluate the progress and accelerate the implementation of the global commitments consecrated in the Beijing Declaration in order to develop tangible solutions for the achievement of gender equality and the elimination of gender-based violence. One particularity of this event is that it seeks to bring together representatives from different segments of society so that they can propose such solutions. Participants include governments, the private sector, entrepreneurs, trade unions, youth leadership, indigenous groups, artists, academics, human rights defenders, and other members of civil society. Given these diverse contributions, the GEF has the potential to become an important milestone on the path towards global gender equality, shaping the long struggle for women’s rights in the years to come.

According to official data, the world has been mired in a gender equality crisis long before the pandemic. As reports by UNFPA and UN Women reveal, almost one in three women have been subjected to some form of gender-based violence at least once in their lives, while other harmful practices like child marriage remain prevalent, with one in every five girls worldwide married before the age of 18. Alarming figures also show that women have less than 50 per cent participation in the labour force, as opposed to 74 per cent for men, and that they are three times more likely to perform unpaid care work than their male counterparts.

The outbreak of the pandemic has further exacerbated these issues and led to significant backslidings on gender equality. UN experts have revealed the serious toll of COVID-19 on women’s rights, which range from an exponential rise in femicide rates and other forms of violence against women to economic matters, and infringements on women’s sexual and reproductive health and rights.

Anti-abortion movements have also been on the rise globally, leading to the reintroduction of abortion restrictions in several countries. On 20 October 2020, amidst the pandemic, the Polish Constitutional Tribunal issued a controversial ruling declaring one of the three exceptions to the ban on abortion contained in the Act for Family Planning and the Protection of the Foetus (1993) unconstitutional. The 1993 legal provisions were already restrictive; subsequent to last year’s decision, Poland finds itself among the six countries with the most restrictive abortion laws in Europe, with only two legal grounds for abortion remaining.

Similar to the Polish scenario, Honduras has had one of the toughest abortion legislations since 1982; on 21 January 2021, the country’s Congress, led by conservative lawmakers, ratified a constitutional amendment that raises the Congressional voting threshold to modify the abortion law from a two-thirds majority to three-quarters. This amendment, which makes any future modification to the abortion law very unlikely, was adopted despite pressure from members of civil society, feminist organisations and UN experts. Restricting access to legal abortion leads to the prevalence of unsafe abortions, which according to the World Health Organisation remains a leading cause of maternal death. UN Secretary-General António Guterres also expressed his concern about the restrictions, declaring that ‘regressive laws’ jeopardise the movement towards gender equality.

While it is true that the effects of the pandemic have exacerbated existing inequalities, the recent push for more restrictive abortion laws around the world is not only a product of the current context. According to the Center for Reproductive Rights (CRR), 26 countries worldwide currently prohibit abortion altogether, and a further setback for women’s sexual and reproductive rights came in the form of the reinstatement of the so-called Mexico City policy, more commonly known as the ‘global gag rule’, by former US President Donald Trump in 2017. This rule prohibits foreign NGOs that engage in providing abortion services or referrals from receiving US global health assistance. Among the organisations most affected by this development was the UNFPA, which the Trump administration decided to withhold support from completely. Earlier this year, President Biden pledged to take steps to reverse restrictive reproductive policies adopted by the previous administration and announced the rescinding of the ‘global gag rule’. For UNFPA, the return of the United States as the organisation’s largest donour represents a crucial turning point in the advancement of women’s reproductive rights in these difficult times. Despite the many setbacks and challenges to achieving reproductive justice and gender equality, there have also been significant improvements since the Beijing Conference, which will be explored below.

There is reason to stay optimistic. For instance, progress has been made regarding the prohibition of child marriage (i.e., marriage of persons under the age of 18) in Latin America. On 6 January 2021, the Dominican Republic enacted Law 1-21 to definitively eliminate this practice (and also Decree 1-21 to prioritise the fight against gender-based violence). This is a significant achievement: in 2017, alongside Brazil, the Dominican Republic ranked first in terms of the number of child marriages in Latin America and the Caribbean. Moreover, according to the CRR, 50 countries have liberalised their abortion laws in the last 25 years. Recent developments in South Korea, Argentina and Ecuador are particularly noteworthy in this regard.

Following a 2019 decision by the country’s Constitutional Court and a lengthy review process, abortion has been fully decriminalised up to the 14th week of pregnancy in South Korea effective 1 January this year. In similar vein, in December 2020, the Argentinian Senate passed a ground-breaking bill decriminalising abortion altogether during the first 14 weeks of pregnancy. President Alberto Fernández signed the bill into law on 14 January this year, making Argentina only the fourth country in Latin America to permit elective abortions. In Ecuador, abortion was allowed, until recently, only when the woman’s life was in danger, or the pregnancy resulted from the rape of a mentally disabled woman. On 28 April, the Constitutional Court issued a decision declaring the corresponding provisions of the Criminal Code unconstitutional, which effectively decriminalises abortion in all cases of rape. Feminist groups have described the decision as ‘a necessary, albeit incomplete, step forward,’ and have proclaimed that they will continue to fight for the complete decriminalisation of abortion in the South American country.

Setting the agenda: Main outcomes of the Mexico City session

The GEF 2021 comes in the midst of a gender equality crisis exacerbated by the effects of a global pandemic – in short, a moment of uncertainty for the advancement of women’s rights and the fight against gender-based violence. Against this backdrop, the GEF represents an opportunity to celebrate the progress made since Beijing+25 but, above all, to urgently address the commitments that have been sidelined along the way. During the discussions of the first session in Mexico City, participants shared insights and sketched concrete solutions for diverse issues such as violence against women and feminism in the context of both the COVID-19 and global climate crisis, with a special focus on sexual and reproductive rights.

Based on the discussions held during the first session, the participants identified 12 interconnected areas of concern related to women’s rights and translated them into the ‘Mexican Feminist Agenda Post Beijing+25’ (Agenda Feminista Mexicana Post Beijing+25), which will be presented to the UN General Assembly this September. Topics include women’s access to education, poverty alleviation, health, gender-based violence, and the situation of women in armed conflict.

Particular areas of concern that were addressed at the Mexico City session include the fight to end child marriage and the need to protect girls’ rights. The Beijing Conference had been a watershed moment in the sense that for the first time, the ‘girl child’ was placed at the centre of human rights discussions, which included the development of nine strategies to specifically hold governments accountable for girls’ rights. Almost 26 years later, urgent action is still needed in this area as child marriage and violence against girls remain prevalent across the globe. Another issue raised during the discussion and enshrined in the Feminist Agenda was the global rise in femicide rates. Participants stressed the importance of adopting specific legislation against femicide at the domestic level and harmonising it with international standards. This is a significant issue especially in the Mexican context where, according to official data, an estimated average of 10 femicides are perpetrated every day.

Concerns around unpaid care work were also raised during the first session of the GEF. This is an issue that has increased exponentially with the current pandemic, directly affecting thousands of women around the world. The disproportionate burden of unpaid care and housework placed on women represents a threat to the progress that has been made on gender equality, and it should also be put at the centre of discussions during the Paris forum.

What to expect from the Paris session

The GEF Paris session will solidify existing commitments through redoubled legal and political efforts for the advancement of women’s rights. Participants will be expected to detail key elements and concrete steps to achieve the Feminist Agenda and effectively advance gender equality by 2030.

One of the particularities of the Mexico City forum was that, for the first time, young leaders were included at all stages of the project. Their participation was considered from the organisation of the event right up to the drafting of the Feminist Agenda. While it is true that young people are increasingly visible at global events, their wishes and concerns are often not heeded during the decision-making process. As activist Elvira Pablo stated at the forum’s opening ceremony, ‘youth all over the world are watching and waiting. We are tired of hearing words and commitments without immediate actions’. Youth representatives have shown strong leadership during the March forum, and their active participation is crucial on the road to gender equality. It is expected that the organisational structure of the first session will be mirrored in Paris, and that youth leaders will likewise participate in every single stage of the June session.

In an attempt to ensure that the voices of civil society are heard ahead of the Paris session, stakeholders have launched a survey through which civil society organisations may submit proposals that will be discussed at the forum and may eventually be included in the Feminist Agenda. There is also the possibility to submit commitments by becoming an Action Coalition Commitment Maker.

The GEF 2021 aspires to become a movement of long-term responsibility and comes at a time when urgent action is needed in light of the recent backlash against women’s rights. It remains to be hoped that this landmark event will help shape the future of gender equality by turning the Beijing Platform for Action and the Feminist Agenda into a lived global reality.