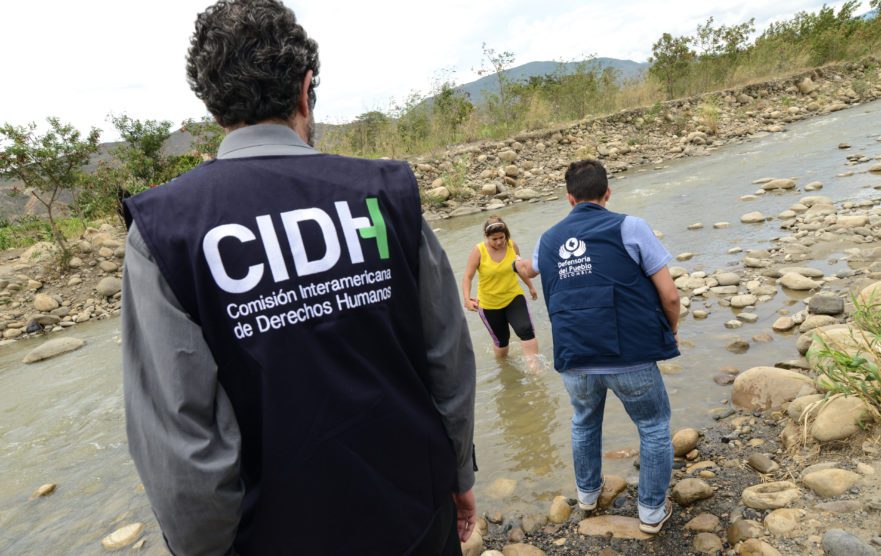 An expanding range of literature examines the effectiveness of national human rights institutions, and 25 years after the Paris Principles, a recent study draws out some of the common findings.

This year – 2018 – marks the 25th anniversary of the UN General Assembly’s adoption in December 1993 of the Paris Principles. These principles defined the mandate for National Human Rights Institutions (NHRIs), which are independent institutions mandated to promote and protect human rights at the domestic level. There has been a fairly rapid expansion in the number of NHRIs since the 1990s. Today, there are approximately 121 NHRIs in existence spread over a diverse range of countries. Of these, 78 are accredited with the highest “A” status, measured using the Paris Principles.

Yet, to really judge their effectiveness we need to go deeper. Thankfully, a rich body of independent and peer-reviewed scholarship on NHRIs now exists providing us with valuable insights into the work of these institutions. Based on a compilation and analysis of almost 200 research publications (monographs, book chapters, journal articles, etc.) a number of relevant lessons emerge. Assessing NHRI effectiveness clearly stands out as the dominant theme in the research. The protection role, independence, accountability and legitimacy of NHRIs are also prominent themes—and these also relate to NHRI effectiveness. Questions about human rights governance and architecture with an NHRI perspective seem to be among the new, emerging themes.

A few longitudinal studies have been published that look at NHRIs over a longer time-span (e.g., 25-30 years). In a study covering 16 human rights ombudsmen in Latin America over the period from 1982-2011, Erika Moreno concludes that the ombudsmen institutions have had “tangible effects on improvements in access to education, health and housing” and that these are “statistically significant and positive effects”. In a parallel study on Latin American NHRIs and physical integrity violations from 2015, Moreno and Richard Witmer conclude that these violations are less likely to occur where these institutions exist. Again, these results are statistically significant.

In a 2017 article, Ryan M. Welch intervened in a long-standing debate that questioned the effectiveness of state ratification of the Convention against Torture (CAT). Based on data covering 153 countries over the period 1981-2007, Welch found that “when states ratify the CAT and have an NHRI, state torture decreases”.

In terms of assessing effectiveness, there is a good awareness among scholars that NHRIs operate within a larger—and often very complicated—political context, and that these external factors must be considered when trying to analyze and understand NHRI successes or failures. NHRIs and their staff do, for example, often face threats from the government or state institutions they challenge.

This complicated or exposed position of NHRIs, however, also speaks to a larger and interesting role that they play. NHRIs are not just “agents” that “do things” in good or not so effective ways. The institutions are also “structures”, or social and political “spaces”, in a larger domestic human rights system. This is a duality that is important to understand. Organizational effectiveness and political context are closely connected.

Seeing NHRIs both as agents and structures is a conceptualisation that comes from Sonia Cardenas’ study on the global rise of human rights institutions. but it is more than a conceptual framing. It is also reflected in concrete research findings by a number of scholars. Cardenas has found that “an NHRI reframes the structural context in which the broader state apparatus operates”. Based on his research from Peru, Tom Pegram found that the NHRI plays a decisive role in “upholding an important component of an inclusive democratic political regime—a stable and enforceable rights framework”.

It is possible to identify a number of features of NHRI work that stand out as markers of effectiveness. Firstly, as both Obiora Chinedu Okafor and Tazreena Sajjad have highlighted, there appears to be an important connection between popular legitimacy and credibility on the one hand, and NHRI effectiveness on the other. Perceptions matter when it comes to questions about NHRI effectiveness and the factors that enable their work.

Secondly, strengthening the complaint-handling function of NHRIs can enhance their overall effectiveness as Katerina Linos and Tom Pegram have shown in a comprehensive study published in November 2017. The Peruvian Ombudsmen received an eight-fold increase in their case-load—from 16,478 cases in 1997 to 130,616 cases in 2016—exactly because they proved their worth. The office successfully responded to a large number of complaints and used these to identify issues linked to systemic human rights violations, and initiated concerted efforts to address them.

However, this finding is not straightforward. An NHRI with a mandate for complaint-handling may run the risk of over-emphasizing individual complaints and become either overwhelmed due to capacity constraints, or fail to build the more systematic and strategic approach that the complaints-handling role allows. There is a balance to be struck here.

Thirdly, Meg Brodie has shown that national inquiries have proven to be one of the best ways for an NHRI to translate its mandate into an effective contribution to domestic human rights change. A whole methodology has been developed on how to conduct these comprehensive public- and change-oriented inquiry processes. As a result of one such national inquiry undertaken by the Australian Human Rights Commission, 85 federal laws were amended.

There are also critical gaps. Looking at the geographical focus of NHRI research, it appears that the experiences of Francophone Africa are ignored. The academic research literature contains many important analytical insights and findings but there is a representation gap between which NHRIs have been studied and the broad array of current NHRI practices across the different continents and sub-regions.

Despite the gaps, the research literature presents a degree of analytical coherence which captures the experiences, contributions and effectiveness of NHRIs. Twenty-five years after the adoption of the Paris Principles, this literature offers a vital resource to better understand the effectiveness of NHRIs in the domestic implementation of human rights.

Steven L. B. Jensen is a Senior Researcher at the Danish Institute for Human Rights. He is the author of The Making of International Human Rights: The 1960s, Decolonization and the Reconstruction of Global Values (Cambridge University Press 2016), and is currently working on a history of economic and social rights after 1945. He has recently published the study “Lessons from Research on National Human Rights Institutions”.