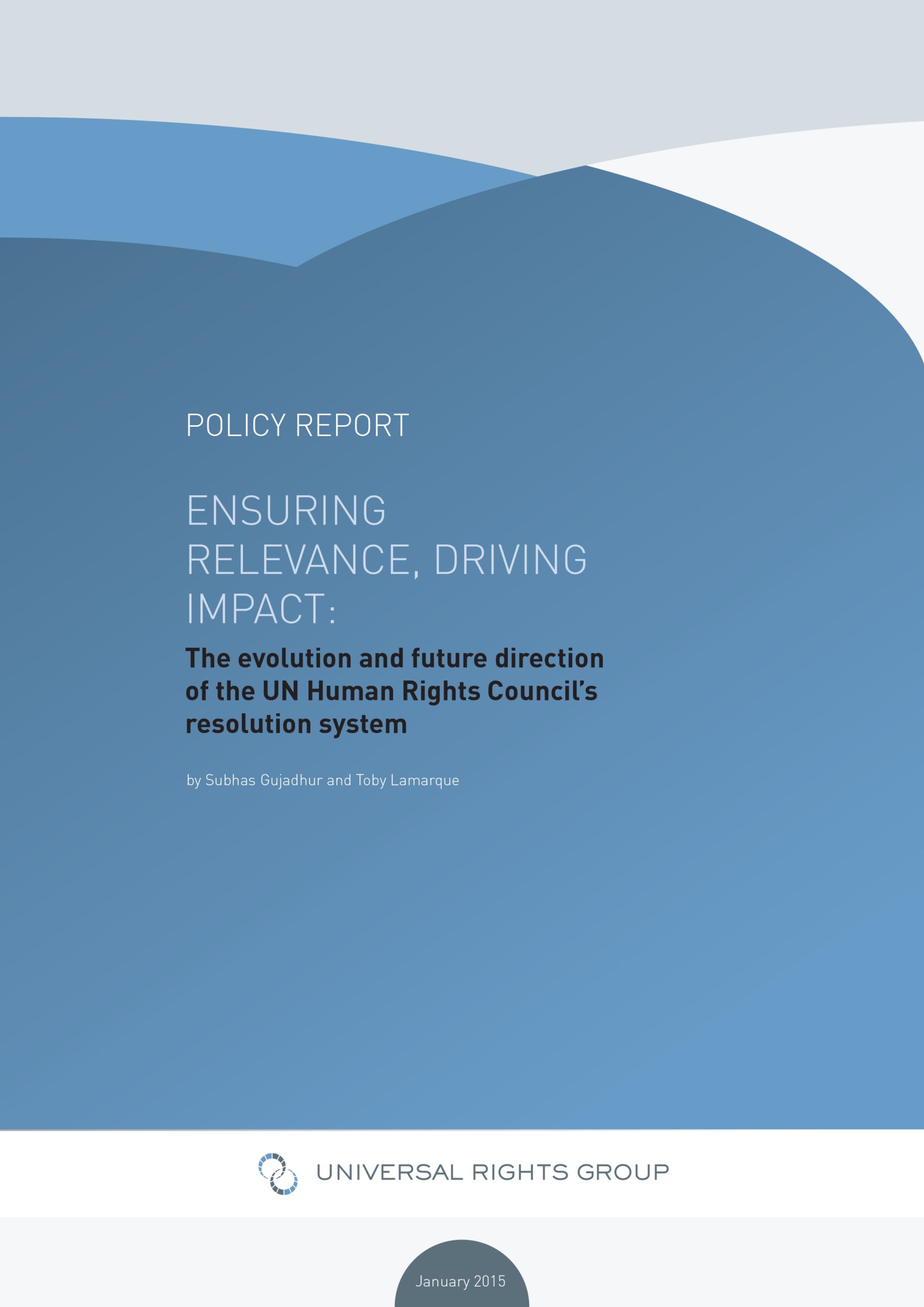 The United Nations Human Rights Council (‘the Council’) was created through a decision taken by heads of states and governments during the 2005 World Summit, and codified in the outcome document thereof, General Assembly (GA) resolution 60/1. This decision was put into effect through the adoption of GA resolution 60/251 later that year, which formally established the Council’s mandate. Both documents envision the Council principally as a body that would ‘address situations of violations of human rights, including gross and systematic violations, and make recommendations thereon’ (paragraph 159 of resolution 60/1 and paragraph 3 of resolution 60/251). Following its establishment, the Council adopted two key resolutions governing its methods of work. The first was the ‘Institution Building Package’ (IBP), Council resolution 5/1 of June 2007, which, inter alia, called for ‘restraint in resorting to resolutions, in order to avoid proliferation of resolutions without prejudice to the right of States to decide on the periodicity of presenting their draft proposals’ (paragraph 117(e)). The second was Council resolution 16/21, at the conclusion of the body’s five-year review process, which, inter alia, stated that ‘in principle and on a voluntary basis, omnibus thematic resolutions should be tabled on a biennial or triennial basis.’ Over the eight years and twenty-seven regular sessions since its creation, the Council has adopted a total of 762 texts, the vast majority of which have been resolutions (although it also adopts a small number of largely procedural decisions and president’s statements each year). These were not distributed evenly over time: for example, in 2006 the Council adopted 43 texts, while in 2013 it adopted 112, an increase of 160%. The research conducted for this report has revealed that this quantitative expansion of the Council’s resolution system since 2006 has occurred in a manner inconsistent with the tenets of the body’s founding and basic documents. The key findings are as follows:

These trends are clearly contrary to the Council’s principal mandate of ‘address[ing] situations of violations of human rights,’ as envisioned by heads of states and governments in GA resolution 60/1.

The Council’s methods of work

These trends contradict, inter alia, the IBP’s call for ‘restraint in resorting to resolutions’ (paragraph 117(e)) and ‘minimizing unnecessary duplication of initiatives with the General Assembly/Third Committee’ (paragraph 117(e)(i)). They also reveal a failure to ‘take into account the constraints faced by delegations, particularly smaller ones’ (paragraph 113). In light of the above, the authors of this report propose a series of recommendations aimed at making the UN’s human rights resolutions system more effective, efficient, relevant and sustainable by reorienting state behaviour in line with the parameters set by GA resolutions 60/1 and 60/251, the 2007 IBP, and the 2011 review outcome.