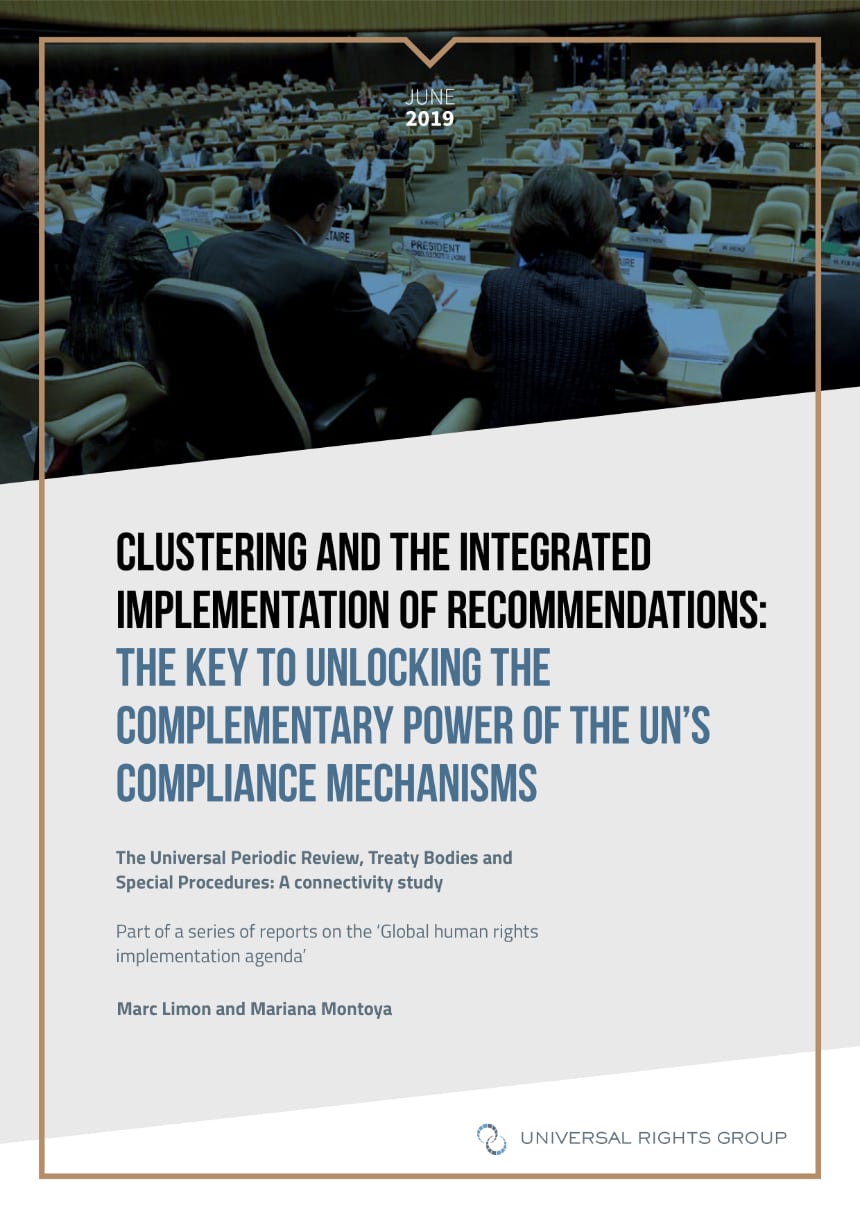 Over the past seventy years, United Nations (UN) member States have elaborated and adopted eight ‘core’ international human rights treaties. Together with the Universal Declaration of Human Rights, these conventions provide the normative and legal backbone of the UN human rights system. Since their adoption, the number of States choosing to ratify and thus become Party to those treaties has grown exponentially. Today, all UN member States have ratified at least one of the core treaties, 80% have ratified four or more and just under a third have ratified all eight.

Notwithstanding, while States have made remarkable progress in elaborating and agreeing the human rights normative framework at international level, they have tended to make far less progress in implementing and complying with their human rights obligations and commitments at domestic level. To help bridge this ‘implementation gap,’ States have, over the past fifty years, created three broad types of international human rights mechanism: the Treaty Bodies, the Special Procedures, and the Universal Periodic Review (UPR).

Each of these mechanisms has emerged and evolved separately, responding to a particular context and time. Consequently, each mechanism has its own characteristics and methods of work, and its own particular strengths and weaknesses.

Due to this parallel – and seemingly uncoordinated – development, the three mechanisms have traditionally been seen as institutionally separate, uncoordinated and unconnected. This policy brief argues, however, that this fragmented understanding of the international human rights compliance system is outdated and, crucially, serves to perpetuate the aforementioned ‘implementation gap.’

The pervading narrative of a compartmentalized compliance system, with each mechanism operating at the centre of its own distinct ecosystem, is harmful for a number of important reasons.

First, as noted above, States tend to respond to this narrative or understanding by engaging with each mechanism and each ‘eco-system’ is a distinct and – usually – uncoordinated manner. This in turn means States have tended to set up different national implementation and reporting systems depending on which mechanism it needs to engage with (e.g. UPR or Treaty Bodies), and even depending on which Treaty Body! (A State’s national decision- making system for reporting to the Committee on the Elimination of all forms of Discrimination Against Women, for example, will usually be completely different from its system for reporting to the Committee Against Torture). As a consequence, effective State engagement with all the mechanisms (and, within that picture, with all Treaty Bodies) becomes enormously burdensome – thereby perpetuating the implementation gap. Second, the narrative/ understanding is harmful because it perpetuates the idea that the three mechanisms operate in competition or tension and may even critically undermine each other. Finally, such a perspective weakens the possibility of relevant stakeholders coming together to identify and leverage synergies and complementarities between the three mechanisms, or of coordinating reforms to ensure the better delivery of the system as a whole.

Moreover, as this brief argues, traditional perceptions of the international human rights mechanisms, as three ostensibly

separate and distinct engines of change, do not accurately reflect the mechanisms’ shape and function, or the nature of their interactions. In reality, each mechanism shares the same fundamental purpose, and each executes its mandate in broadly the same way.

On the former point, each of the three mechanisms has the same basic raison d’etre: to work with States to promote improved compliance with their international human rights obligations and commitments. On the latter point: each mechanism works (in principle) through engagement and cooperation with States; each seeks information from national civil society; each seeks to review and assess levels of State compliance with international human rights standards; and each produces recommendations to States on how to improve performance and compliance in the future.

This policy report calls for a fundamental rethink of the international compliance system: instead of the three main implementation mechanisms being perceived (and, in the case of Treaty Bodies and Special Procedures, perceiving of themselves) as separate, distinct, unconnected and – even – as operating in tension; they should be seen as three complementary parts of a single human rights compliance engine.