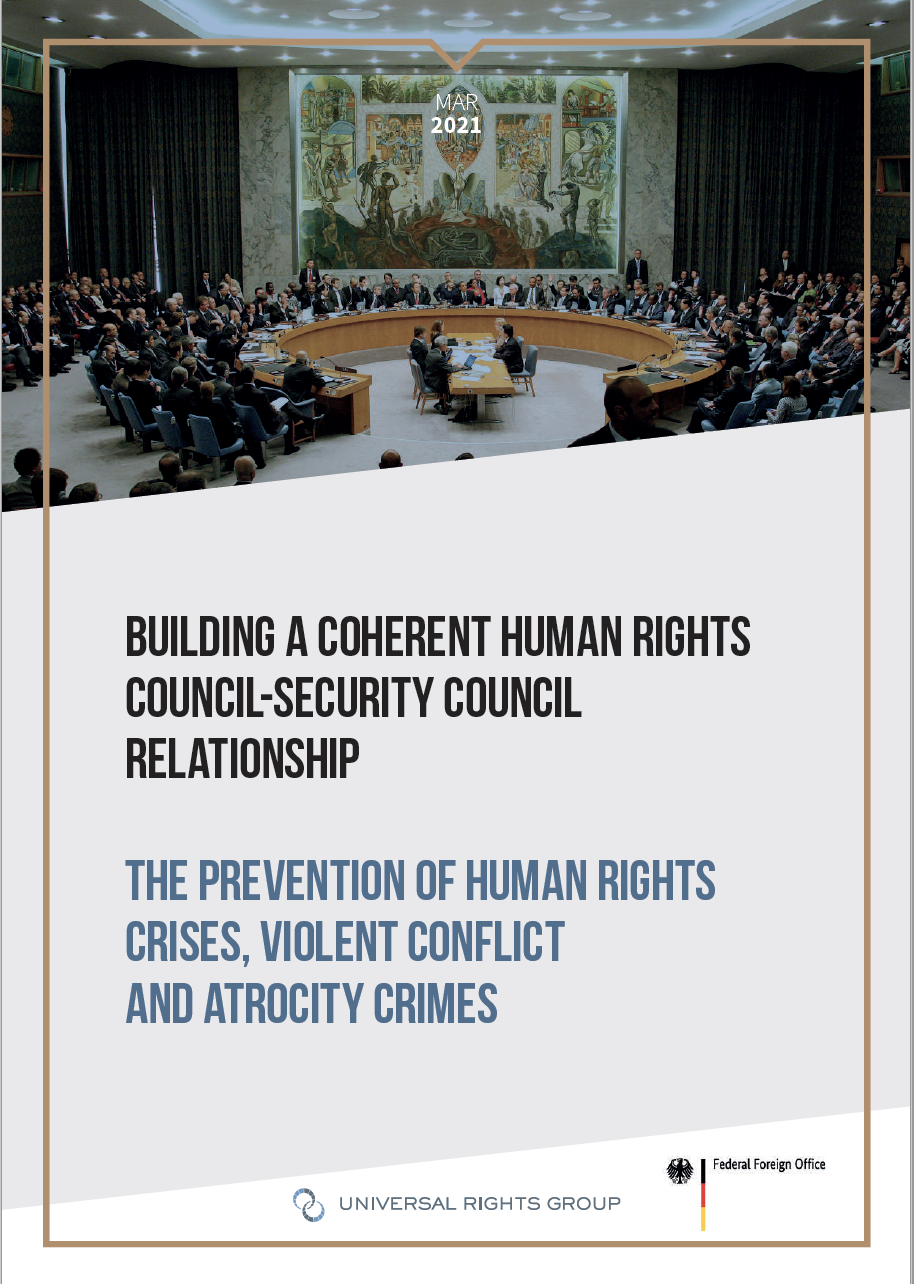 In her first address to the United Nations General Assembly’s (UNGA) Third Committee as High Commissioner for Human Rights in 2018, Michelle Bachelet urged States to remember that ‘the human rights system is not a Cassandra, correctly predicting crises yet unable to prevent them. It is a force for prevention. When it is backed by the political will of key actors, effective, sustained human rights work prevents, mitigates and helps to resolve conflict: this is the essence of what we do.’ She thus recognised that the most effective way for the UN to prevent crises and conflicts is to prevent human rights violations – especially serious patterns of human rights violations – from occurring in the first place, and to respond promptly (through early warning and early engagement) to emerging human rights crises.

While strengthening the UN’s capacity to prevent human rights violations, and ultimately the emergence of crises and conflicts, is an international policy priority on both sides of the Atlantic, relevant debates and developments have largely taken place in parallel, with separate lexicons and biases developing across the UN’s human rights and peace and security pillars. Furthermore, and compounding this ‘siloisation,’ lines of communication and coordination between the Human Rights Council (UNHRC) and the Security Council (UNSC) have been the source of considerable mistrust and tension between States, especially where some States believe that UNHRC recognition (through a resolution) of gross and systematic human rights violations, or a risk thereof, might be used as a justification for so-called ‘humanitarian intervention’ by members of the UNSC (i.e., under the ‘responsibility to protect’ doctrine).

Linked with this last point, and also contributing to a general incoherence in the relationship between the UNHRC and UNSC, is the historic misconceptualisation of ‘prevention.’ For decades, UN Secretaries-General and member States have tended to ‘securitise’ the notion of prevention, essentially understanding and presenting it as being synonymous with conflict prevention and conflict mediation, and thus the prerogative (mainly or even wholly) of the UNSC and the wider UN security pillar. The prevention prerogatives and mandates of the UNHRC and the Economic and Social Council (ECOSOC), and – more broadly – of the UN’s human rights and development pillars, have been largely ignored.

Against this backdrop, the current report, the outcome of a nine-month project supported by Germany’s Federal Foreign Office, aims to help build a more coherent relationship between the UNHRC and UNSC, in particular by using the concept of prevention as a lens to understand what such a coherent relationship could look like in practice, and as a framework to guide its construction. As an essential step towards achieving this goal, the report also seeks to contribute to a growing body of work, inside and outside of the UN, which strives to reconceptualise prevention, in particular by confronting the historic securitisation of the subject, and to shift mindsets at the UN from a default reactive approach to a default preventative approach to addressing situations of concern.

Part I of this report looks at prevention as a framework for understanding the relationship between the UNSC and the UNHRC, as well as the working parts of the UN’s current prevention policy architecture. Part II presents a series of case studies showing how the UNHRC–UNSC relationship has operated in the past, especially seen through the lens of prevention. The report concludes with overall conclusions and recommendations.