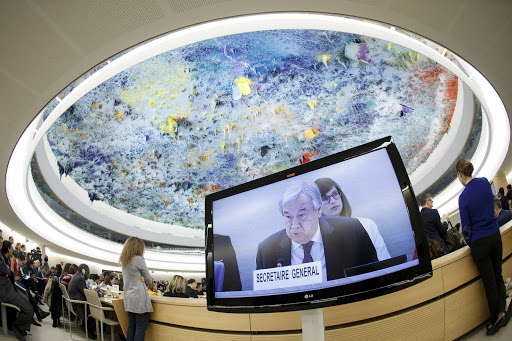 The anniversary of UN Secretary-General Antonio Guterres’ The Highest Aspiration: A Call to Action for Human Rights provides a prime opportunity to reflect on its implementation to date. Launched on 24 February 2020 at the opening of the 43rd Session of the Human Rights Council, the Call aimed to bring the human rights pillar of the United Nations’ mandate to the forefront of its agenda. As the challenges of 2020 have carried over into 2021, the importance of achieving full implementation of the Call has become more pressing. And in light of recent updates on the Call to Action from the Secretary-General, it is clear that States are interested in the Call’s potential both within the UN system and throughout the greater international community.

The Call to Action received a positive response from the public following its initial publication. Leading human right’s organizations, like Human Rights Watch, applauded some of the Secretary-General’s ‘excellent ideas’ as articulated in the Call. But it largely did not live up to high expectations. While the Call was successful in pinpointing the principle human rights challenges of today, it was largely unable to propose the structural changes that would allow the UN to effectively respond to such critical issues.

In addition to concerns on substance, the Call appeared to fade from public view. Both the Secretary-General and High Commissioner on Human Rights Michelle Bachelet referenced the Call in speeches throughout the latter half of 2020, but such comments were made more in passing rather than to address the substance and potential usage of the Call. And now, with the election cycle for the next Secretary-General looming, the question of why the Call has not been more highly emphasised is coming into question. For example, Human Rights Watch recognised that Guterres ‘took an important step’ by launching the Call to Action, but ‘while the pledge says all the right things about improving the UN’s commitment to human rights, its implementation remains very much a work in progress.’

The Call to Action recognises that the multidimensional challenges facing the international community require an equally multifaceted response, and indicates the key role of human rights in advancing progress across a number of areas. The Call defines seven dimensions through which the human rights agenda can be advanced, including: ‘(1) rights at the core of sustainable development; (2) rights in times of crisis; (3) gender equality and equal rights for women; (4) public participation and civic space; (5) rights of future generations, especially climate justice; (6) rights at the heart of collective action; and (7) new frontiers of human rights.’ At its core, the Call aims not only to call greater attention to the human rights pillar of the UN mandate, but also to weave it into the other pillars of development and peace and security.

While the Call to Action may have been launched at the start of 2020, the year closed with numerous calls for stronger human rights progress. At the 75th session of the UN General Assembly in September 2020, URG NYC’s analysis of the 190 speeches delivered by world leaders ‘identified over two thousand references to 77 human rights-related topics or subjects.’ It is no surprise that the top priority in every region was the COVID-19 pandemic. What is notable is that while speakers may not have always outright identified ‘human rights’ as a priority, the challenges that they spoke to were clearly underscored by human rights principles and overlapped with the Call to Action’s domains, including on climate, sustainable development, civic space and gender equality.

A similar phenomenon was reflected in the results of the Report of the UN75: The Future We Want, The United Nations We Need. The report provides a summary of global surveys which aimed to capture the international community’s perception of the United Nations, as well as the most pressing short- and long-term global challenges of today. Respondents to the UN75 identified increased access to basic services as the number one immediate priority. This includes greater and more equitable access to healthcare, safe water and sanitation and education. Interestingly, human rights specifically was the third most commonly identified long-term priority, behind environmental protection but ahead of ‘less conflict.’ What makes this finding so intriguing is that top priorities have clear human rights implications. Access to basic services like healthcare and safe water is, in many States, considered a basic human right. This highlights a strong desire by peoples to benefit from the fulfilment of their rights, despite widespread incompatibilities in understandings of what is considered a human right across countries.

As critical as it is for the aspirations of the Call to Action to be carried out within the UN system, addressing the human rights challenges of today cannot be tackled by the UN or Member States alone. As Guterres specifies in the Call, addressing these challenges will require the collective work of ‘many civil society and private sector actors.’ Civic space had already come under threat before COVID-19 pandemic, during which more and more governments cracked down on internet access to control the flow of information, leading frequently to the permeation of disinformation and limitations on freedom of expression. As Guterres notes in the Call, ‘the shrinking of civic space is frequently a prelude to a more general deterioration in human rights.’

When considering the priorities identified at the opening of the 75th session of the General Assembly, as well as the results of the UN75, it becomes clear that the Call to Action is still relevant and has great potential for effective use. While the Call did not predict the breadth of the impact of COVID-19, it makes clear that ‘human rights permeate the 2030 Agenda for Sustainable Development,’ and that the threat posed by climate change threatens not just the rights of global citizens today, but those of future generations.

Where are we now

Over the past week, the Secretary-General has provided updates on the implementation of his Call to Action to the Human Rights Council in Geneva and to the General Assembly in New York. In Geneva, Guterres stressed how the COVID-19 pandemic revealed the ‘interconnectedness… of the full spectrum of human rights’, a sentiment which was reflected in the Call itself. Guterres reiterated that the Call serves as a ‘comprehensive framework’ to address the most important human rights challenges of today. Guterres also cited ‘the blight of racism, discrimination and xenophobia’ as well as ‘gender inequality’ as the two areas where imperative action is greatest.

In New York, Guterres recognised that since the launch of the Call, many policy briefs and resolutions have been introduced to address the interconnected human rights challenges of today. He highlighted many of the actions the UN has taken in response to the human rights crises exacerbated by the COVID-19 pandemic. This included the issuance of a number of policy briefs ‘focusing the global spotlight on pathways for action in vital areas’, such as protecting the rights of the world’s most vulnerable populations and the importance of food security and nutrition. On other human rights issues, the UN accelerated its efforts to support Member States in implementing the Global Compacts on Refugees and launched an initiative to help States dismantle discriminatory laws against women and for ‘reinvigorating the use of Temporary Special Measures’ to encourage gender parity. The UN has furthered its efforts to work with those on the ground by conducting local-level dialogues led by Resident Coordinators and hosting forums to engage young people.

The Secretary-General informed the GA that more concrete initiatives were soon to come, including ‘system-wide guidance on human rights due diligence for the development and use of technology, informed by a broad spectrum of actors.’ Additionally, the UN plans to launch a ‘One Stop Digital Shop’ to bring together resources to inform the protection of human rights in the digital space. Other future initiatives the Secretary-General highlighted included developing a call to action for environmental human rights protectors, increasing efforts to implement the Plan of Action on Hate Speech and focusing greater attention ‘on the nexus between peacebuilding and human rights.’ The theme of Guterres’ remarks in New York was the importance of multilateralism and collective action in achieving the full implementation of the Call, as ‘human rights will not lead to a healthier world if they are only available to the privileged few.’

The response from Member States during the meeting in New York was positive on the whole. Representatives repeatedly praised the Secretary-General for his initiative and expressed their appreciation for the update on its implementation. The consensus was that while the Call established an important precedent, there remains much work to be done. Many States reiterated that the COVID-19 pandemic has exacerbated existing inequalities, and that a human rights-based approach is the only way to genuinely recover in its wake. Specifically, Member States stressed the need to place gender equality, the right to a sustainable environment, and greater recognition for the right to development at the forefront of this effort. There were repeated calls for greater protection for and inclusion of civil society actors in the promotion of human rights. Additionally, representatives expressed serious concern over the lack of funding for the human rights pillar of the UN. States stressed that without adequate resources, the human rights bodies of the UN will never be able to achieve the aspirations of the Call.

A human rights based approach to building back better

COVID-19 was supposed to be the great equaliser, in that all persons, regardless of socio-economic status, in all States, regardless of national capacity, would be vulnerable to the effects of the virus. In actuality, it has exacerbated widespread inequities and exposed cracks in seemingly solid institutions. In April, the Secretary-General seized the opportunity to publish a report entitled ‘COVID-19 and Human Rights: we’re all in this together.’ Guterres calls on the international community to ‘build back better’ in the wake of the pandemic. But in order to truly build back better and avoid simply a return to ‘normal’, human rights must be the priority.

The Call to Action made the link between various international priorities and their underlying human rights principles clear. This is further evidenced by the results of the UN75 report, a deeper look at the 2030 Agenda for Sustainable Development and, most recently, the calls to build back better in a post-pandemic world. It is essential to utilise the Call as the blueprint it was meant to be and to encourage greater engagement in this effort from States as well as civil society actors. The Call provides an opportunity for the UN to reach out to civil society in order to provide support for their capacity to address today’s challenges, and at the same time providing a blueprint for how civil society actors can implement this approach into their own work.

UN Secretary-General Antonio Guterres addresses his statement, during the opening of the High-Level Segment of the 43rd session of the Human Rights Council, at the European headquarters of the United Nations in Geneva, Switzerland, Monday, 24 Feb 2020. (Salvatore Di Nolfi/Keystone via AP)