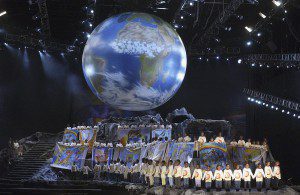 The Millennium Declaration, adopted by all the world’s leaders in 2000 recognised the link between human rights, good governance and development.[1] Twelve years after the establishment of Millennium Development Goals (MDGs), it is clear that although the MDGs overlap with many economic and social human rights, they lack some of the key human rights principles including: concern for the most vulnerable and the marginalised; removing discrimination and respecting the equal rights of all; participation; accountability; and standards for rights that require universal access to services.

There is a general consensus on the existence of mutual reinforcement between human rights and development. Over the past decade the development praxis has paid considerable political and operational attention to human rights issues. Despite this rise in the prominence of human rights, there is as yet persistent uncertainty on the precise relationship between the two agendas both theoretically and practically.

As the 2015 MDGs deadline gets closer, the international community has mobilised in order to prepare the post-2015 development agenda and address the remaining challenges as well as the weaknesses of the MDG framework. At the UN Conference on Sustainable Development (UNCSD, or Rio+20), in Rio de Janeiro, Brazil, in June 2012, the international community agreed to launch a process to develop a set of Sustainable Development Goals (SDGs). The Rio+20 outcome called for establishing an Open Working Group (OWG) that would submit a report to the 68th session of the General Assembly, containing a proposal for SDGs. The UNGA endorsed the outcome document, titled The Future We Want, in resolution 66/288 on 27 July 2012.

The OWG on SDGs held its first eight meetings, also referred to as the “input” or “stocktaking” phase, between March 2013 and February 2014 at UN Headquarters in New York. In February 2014, the Co-Chairs, Macharia Kamau (Kenya) and Csaba Kőrösi (Hungary), released a “stocktaking” document, reviewing the discussions to date, and a “focus areas” document, outlining 19 focus areas as the basis for further discussion. Prior to each of the subsequent five sessions, the Co-Chairs released revised documents for OWG delegates’ consideration. A document considered the “zero draft” of the goals and targets was issued on 2 June 2014, containing 17 proposed goals and 212 targets. On 19 July 2014, at the conclusion of the 13th session of the OWG and following two sessions held primarily in informal consultations, the Group adopted by acclamation a report containing 17 proposed SDGs and 169 targets, and agreed to submit the proposal to the UNGA for consideration and action at its 68th session.

On 16 January 2015, the UNGA adopted draft decision A/69/L.46 on modalities for the intergovernmental negotiations on the post-2015 development agenda. The decision states, inter alia:

The fifth session of the post-2015 intergovernmental negotiations marked the last stocktaking session of the process before the focus turns to the textual negotiations on the post-2015 outcome. Since January 2015, participants have discussed elements of the structure of the post-2015 development agenda, including the declaration, the goals and targets, means of implementation and, at the fifth session, follow-up and review. On 2 June 2015, the Co-Facilitators of the Negotiating Process has released a zero draft outcome document entitled “Transforming our World by 2030 – A New Agenda for Global Action” based on the consultations they had. The zero draft covers the four components of the Agenda: an opening Declaration; the Sustainable Developments Goals and targets; Means of Implementation and the Global Partnership; and Follow up and Review. It is clear from the outcome zero document that there exists some “existential questions” remain regarding the post-2015 development agenda including how a human rights based approach is being integrated in the future SDGs. These questions could be the focus of difficult debates before negotiations conclude in July.

Against this background, the Universal Rights Group in collaboration with CIVICUS, Centre for Reproductive Rights and the Permanent Missions of Canada, Luxembourg and Tunisia will host a policy dialogue/lunch to take stock how human rights is being integrated in the future SDGs in the larger context of mainstreaming human rights in the two other pillars of the UN i.e. Security and Development.

[1] Section V of the Millennium Declaration on human rights, democracy and good governance. 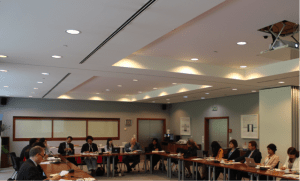