On Tuesday 19th September 2017, the Permanent Mission of Norway and the Universal Rights Group (URG) hosted a lunch reception to mark the launch the yourHRC.org Guide to the 2017 UN Human Rights Council Elections.

The report is the third annual yourHRC.org Guide to the UN Human Rights Council Elections. It provides general information on the 2017 Council elections (scheduled for mid-October at the GA in New York), when States will compete to win seats for new three-year terms (2018-2020).

The Guide is divided into six parts. The first part presents an overview of the 2017 elections, the number of seats available, and the candidates in each UN regional group vying for those seats. 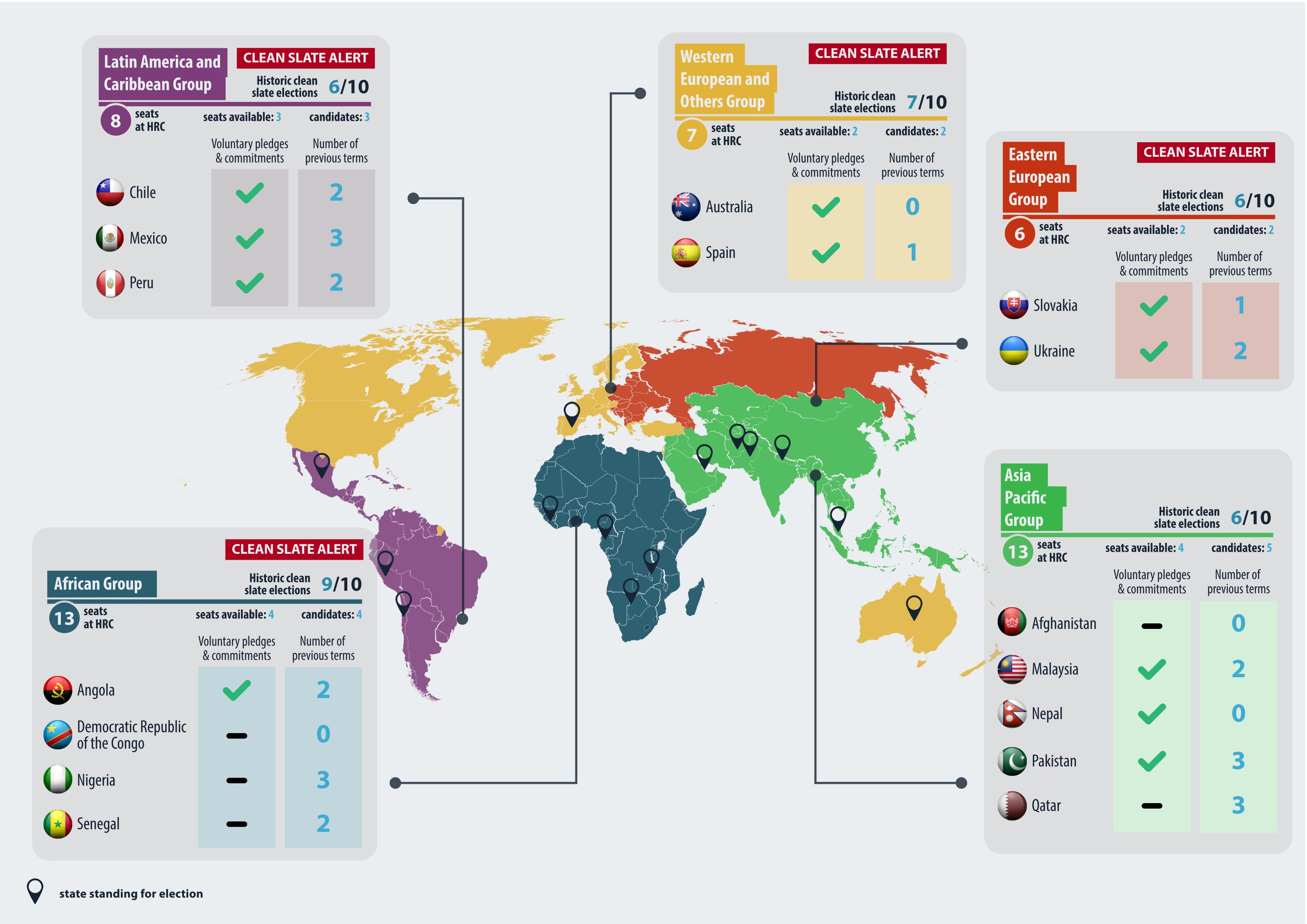 The next five parts of the report present more detailed comparative information on the candidates for each of the five UN regional groups. This includes objective information on the State’s historic engagement and cooperation with the Council and the wider UN human rights system, its voting record (where the country concerned has previously been a Council member), an analysis of its new voluntary pledges and commitments (for the 2017 elections), and an analysis of the extent to which it fulfilled its previous voluntary pledges and commitments (again, where the country concerned has previously been a member).

While this is a public event, please note that a UN grounds pass is required to access the venue.