The development of international human rights norms is seen as one of the great success stories of the UN. Since the adoption of the Universal Declaration of Human Rights by the General Assembly on 10th December 1948, the international community has moved to create a comprehensive global code of human rights norms governing practically every area of the relationship between the individual and the State.

But what are the real world implications of this global code? The primary responsibility for promoting and protecting human rights lies with States, but do States comply with the standards and obligations that they themselves have set down and ratified? What do States do with the recommendations generated by the main human rights mechanisms? How do they seek to transform international norms into local reality and do they succeed? How do the Human Rights Council and the wider international human rights system support States (e.g. through capacity-building) to strengthen implementation and compliance?

There are also signs that the international community is moving to strengthen its ability to use evidence of serious non-compliance with obligations under international human rights law – i.e. evidence of emerging patterns of gross violations of human rights – as an ‘early warning’ sign of potential crises, and as a signal that the UN should act to prevent further violations and any further escalation of the crisis. Yet while there appears to be broad agreement about the value of a preventative (rather than reactive) approach, and while there also appears to be agreement that the Council should be central to any UN prevention strategy, there is little agreement (or, seemingly, understanding) about what ‘prevention’ actually is and what it means in practice.

The third Glion Human Rights Dialogue (Glion III), organised by Norway and Switzerland, with the support of the Universal Rights Group (URG), held from 3rd to 4th May 2016, aimed to provide an informal space for considering such questions. 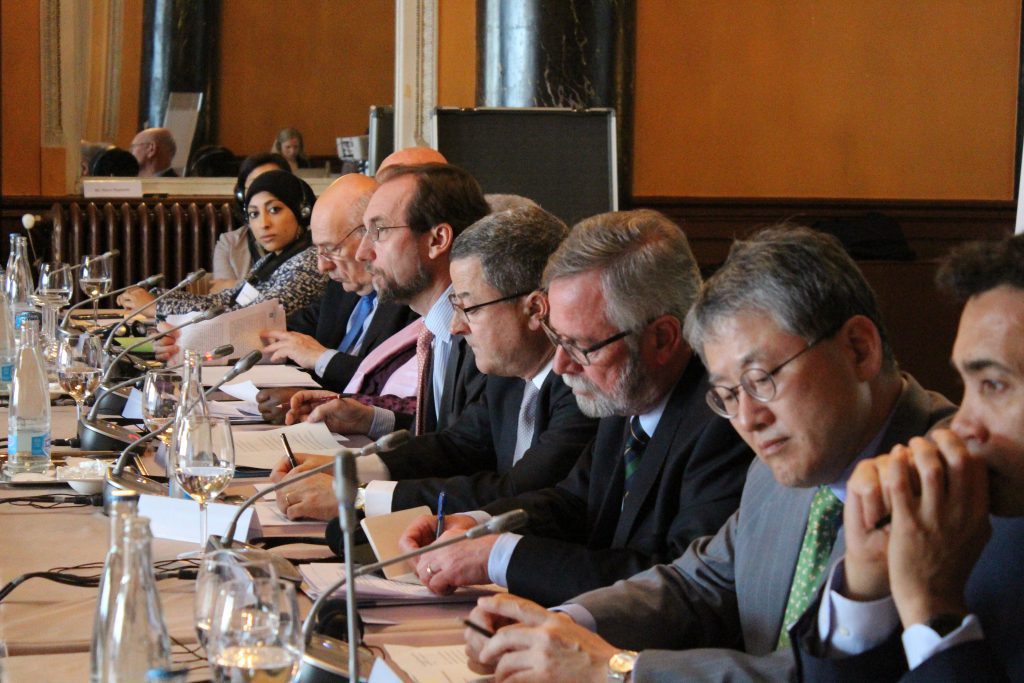 On Friday 4th November 2016, the Governments of Norway and Switzerland, supported by the Universal Rights Group (URG), held a panel discussion in New York on ‘Turning international norms into local reality: implementation, support and prevention?’

An informal document containing a non-exhaustive summary of some of the key themes, discussions and ideas from the third Glion Human Rights Dialogue, and the four policy dialogues that preceded it, was presented at the event.

A light lunch was served before the meeting.