In the context of the URG’s broader media engagement project, during the last week of the 31st session of the Council, the URG brought 7 independent journalists, from Colombia, Uruguay, Argentina, Tunisia, Turkey, Georgia and Sri Lanka to Geneva to follow developments, especially during voting. During their time in Geneva, the journalists had briefing sessions with URG analysts, key Ambassadors and diplomats, and a representative of the OHCHR. They also held information exchange sessions with a selection of Geneva-based human rights NGOs, including ISHR, UPR Info and Article 19, as well as with Geneva press correspondents.

This is the first of three media visits/workshops planned for 2016. The others will take place during the 32nd session of the Council in June and the 33rd session in September. At the end of the year, URG will publish the findings of a year-long media survey, to understand public interest in and perceptions of the Council. 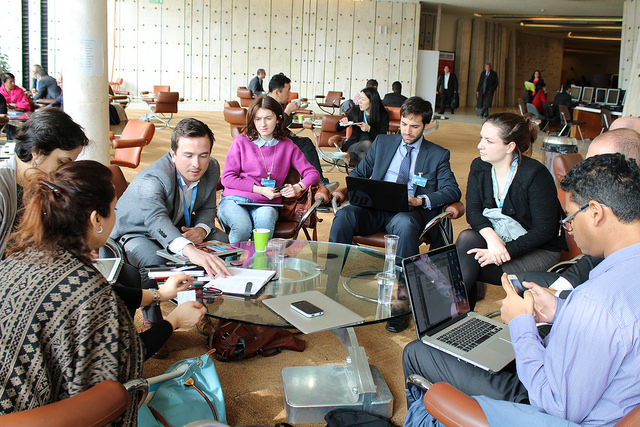