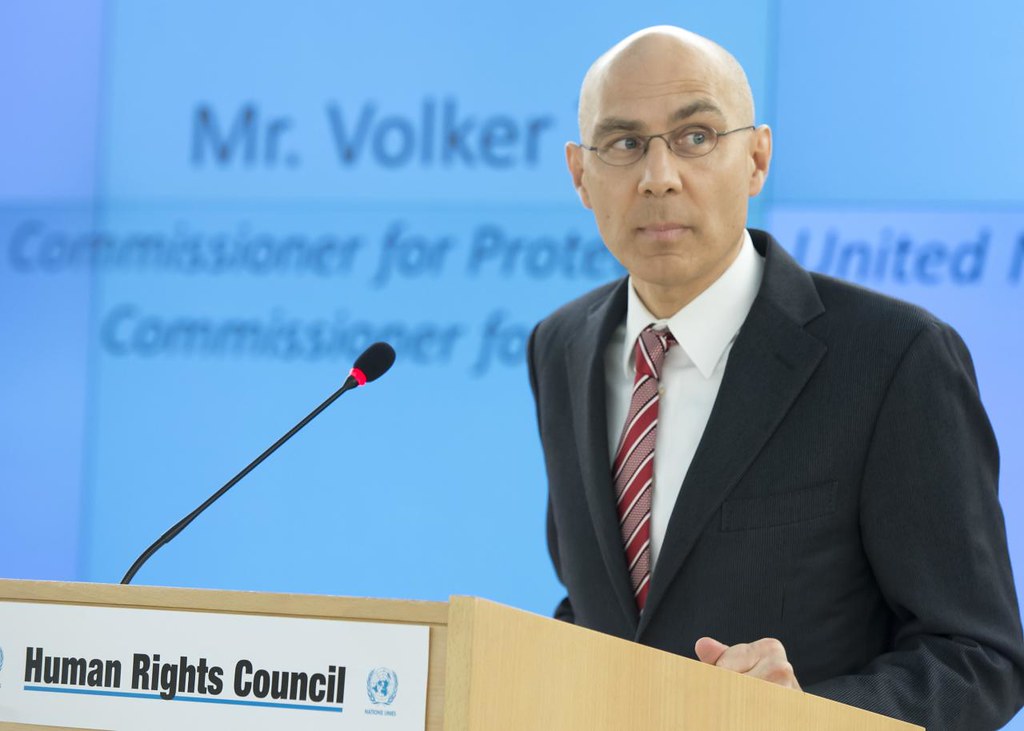 Opinions have already begun forming about Volker Türk in the short time since the announcement of his appointment last week as the new UN High Commissioner for Human Rights. However, in the absence of a public competition, there was little opportunity to learn about Türk. He is also not well-known outside of the UN (and had few followers on twitter until last week). Therefore, in the absence of personal familiarity, it may be useful to focus on his biography, body of work and statements. This would lead to a better understanding of why he was selected for this role.

Having a close confidant as the High Commissioner may be especially important for the Secretary-General at present, considering the significant current political challenges he faces. This is especially the case in the aftermath of the release of the long-awaited report on Xinjiang by the former High Commissioner, Michelle Bachelet. She spared Türk the need to continue holding this hot potato. However, China won’t let Türk off the hook, and will likely exert pressure on him, as it has done with Bachelet, to carefully weigh his words and the way he manages his Office’s work on China. In the meantime, Chen Xu, the Permanent Representative of China in Geneva, announced that ‘the Office closed the door of cooperation by releasing the so-called assessment.’ This means that this is one political crisis that will not end with Bachelet’s departure.

One key question is whether the new High Commissioner will prioritise engagement over speaking truth to power. Bachelet was criticised of doing just that following her recent statements on China, until she released her report at the 11th hour on the job. Marc Limon, Executive Director of Universal Rights Group, essentially described this challenge as the High Commissioner’s seemingly impossible dual role as advocate and diplomat. On the face of it, it may appear that Guterres selected a diplomat, rather than an advocate. Türk is a UN career officer through and through, and as such he is in a better position to offer ‘good offices,’ as the UN does, compared to any former Head of State that could have taken the High Commissioner’s post. Among his predecessors were two presidents, two supreme court judges, one foreign minister and one permanent representative to the UN headquarters. However, every day before walking into his new office, the face that Türk will see first is that of his predecessor Sérgio Vieira de Mello, who also spent most of his career in UNHCR. He was commemorated in a bust at the entrance to Palais Wilson, four years after his death in a bombing at UN headquarters in Iraq.

Türk worked in the UN refugee agency for over 30 years, including in the field. Coming from within the UN system is an asset for navigating organisational politics, fostering collaboration with other parts of the UN, enhancing the contribution of OHCHR to all relevant UN fora, and understanding how to engage with Member States to address the situation of the most vulnerable people. His intimate understanding of the UN system is manifested in two major initiatives he stewarded – the Secretary-General’s flagship report, Our Common Agenda, as well as the Secretary-General’s Call to Action for Human Rights. This may not be the place to analyse their successes or shortcomings, but it can be said that they were both well-received. Our Common Agenda offered a vision for mobilising the UN to address global challenges. OHCHR needs a manager with this kind of foresight to grasp the organisation’s structure, programmes and needs. The second initiative, the Call to Action for Human Rights, identified areas for action to advance human rights. As High Commissioner, perhaps Türk will be in a better position to support the implementation of the Call to Action.

This work demonstrates deep engagement on human rights. His legal background, holding a doctorate in international law, will support his role as an advocate. He can substantively articulate concerns and uphold norms based in international human rights law, humanitarian law and refugee law. He certainly appears as an advocate on twitter (@volker_turk). His tweets show his compassion, as he mostly addresses human rights concerns, with people at the centre.

Civil society was concerned about the selection process. Phil Lynch, Executive Director of the International Service for Human Rights (ISHR), said: ‘The lack of transparency and meaningful consultation with independent civil society in the selection process meant that the Secretary-General missed a key opportunity to build the legitimacy and authority of the next High Commissioner.’ The appointment of the Secretary-General’s confidant may have reaffirmed worries that the High Commissioner would prioritise diplomacy and engagement over advocacy for human rights. However, Türk appears to have the appropriate biography and a heart in the right place to fulfil both of the High Commissioner’s roles as an advocate and a diplomat. Hopefully he will be attentive to civil society and rights-holders, in line with his advice during his time as Assistant High Commissioner for Protection at UNHCR: ‘Listen to what refugees are telling us.’

On 8th September 2022, Volker Türk of Austria was appointed as the next High Commissioner for Human Rights by the United Nations Secretary-General, following approval by the General Assembly. 1 March 2017. UN Photo / Jean-Marc Ferré