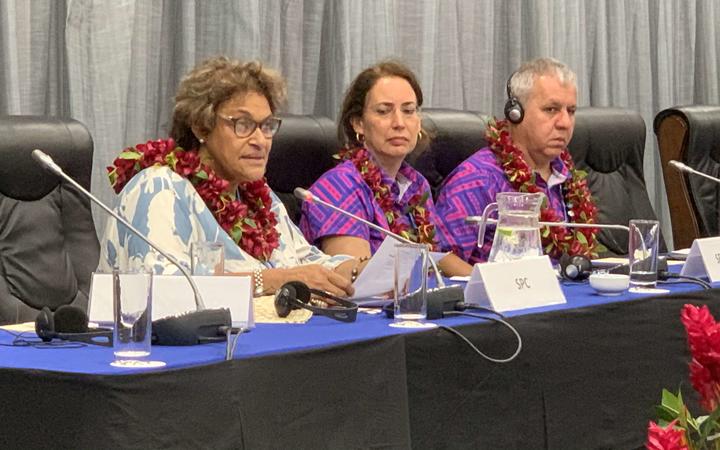 In a 2017 post on this site (and drawing on an idea advanced 20 years ago by Christof Heyns and Frans Viljoen), we argued that the current process of reform of the human rights treaty system should include efforts to “bring the treaty system closer to the people on the ground.” More specifically, treaty bodies should not only conduct their work in Geneva, but also hold meetings away from their home base, in particular in the South.

This blog entry was accompanied by entries discussing the experience in the African system and the Inter-American system, where meetings away from headquarters have been held with success for years.

Our argument was that doing treaty body work in the regions, though this will pose significant logistical and other challenges, may help to enhance broader ownership of the system and increase its visibility and its impact where it matters: on the ground, where the beneficiaries of the system live. Achieving this objective is of particular relevance in the quest to bridge the gap between the North and the South.

The idea that treaty bodies will meet outside Geneva is not a novel one. Some treaty bodies used to meet in New York, and in the 1980s the Human Rights Committee met in Bonn. What is new, is the proposal that such meetings will become a routine part of how the system conducts its business, and that there will be a special focus on having such meetings in the South as a small step towards making the system more inclusive.

The exact form which such meetings should take is uncertain. One possibility is the ‘full’ version of the original proposal, in terms of which the treaty body as a whole will hold at least part of one of its sessions per year in a different part of the world. A ‘scaled-down’ version could  entail that a delegation consisting of a limited number of treaty body members go instead, and report back to the full body.

Working out what is practically possible is a complicated enterprise. There are many moving parts, and it worth getting this right before it is rolled out on a large scale. For example, it would be important to keep in mind that due to the fact that the same petitions unit in the OHCHR services the various treaty bodies, it may be difficult to conduct the consideration of communications outside Geneva. However, it could be more readily foreseen that the dialogue on State reports, for example from States in the region, and other similar activities could be conducted at such sessions.

It would in our view also be important to establish that meetings will be organised by the UN, not the host state, preferably at UN or neutral premises, to ensure that the agenda remains under the control of the world body. Clearly the country where the meeting is being held should not itself be under review.

Be that as it may, it appears that the broad principle of working closer to the ground has gathered wide support, and the real questions are now on the practicalities of implementation. The purpose of this post is to provide an update on developments on this front.

The most dramatic development has been that the Committee on the Rights of the Child decided to hold an extraordinary meeting in the Pacific island state of Samoa, which started earlier this week. This is a formal Committee session and a total of 13 of the 18 Committee’s members are in attendance at the pioneering event. See here, here, here, here  and here

Among other things, the Committee is reviewing reports from the Cook Islands, Federated States of Micronesia, and Tuvalu and holding a preparatory session for a future review of Kiribati.  In addition to the formal session, a series of discussions are being held on its margin including in relation to children’s health in the region, the impact of climate change on children; children’s right to protection from abuse, neglect, maltreatment or exploitation; and the various human rights mechanisms. There is personal engagement by Committee members with children from the region.

This development can be seen as an example of implementation of the ‘full version’ of the proposal for engagement outside Geneva as described above, and it is furthermore conducted in the South.  A full assessed will be needed once the meeting is over, but according to reports received so far, the Committee received a warm reception and the meeting has attracted wide media coverage.

All treaty bodies agree that there are considerable benefits in conducting dialogues with States parties concerning their reports at a regional level, and that this option should be offered to States on a pilot basis by those Committees wishing to do so, with a view to permanent implementation. Such dialogues may be conducted by a delegation of the treaty body, with concluding observations being adopted by the Committee as a whole.

It seems the push here may be in the direction of the ‘scaled-down’ version.

The Secretary-General of the UN, in his third biannual report on the Status of the human rights treaty body system, para 61, under the heading ‘Emerging ideas for 2020 and proposals’, referred as follows to the meeting of the treaty chairs:

The Chairs also agreed that there were considerable benefits to having small delegations, composed of some Committee members, conduct dialogues with States parties at the regional level, while the recommendations would continue to be adopted by the Committee as a whole.

At an expert conference, co-hosted by the Geneva Academy and the Norwegian Centre for Human Rights during September 2019, stakeholders discussed the implementation of a new mechanism aimed at improving the work of the Treaty Bodies, the Technical Review of Implementaiton Progress (TRIP). This is probably the fullest articulated version of the idea of scaled-down treaty body meeting currently available.

In October 2019, Amnesty International, joined by three other civil society organizations that regularly engage with the UN treaty system, issued a position paper on strengthening the treaty system in 2020 and beyond.  These NGOs also considered that holding sessions outside of Geneva will bring the treaty system closer to the domestic audiences for whom implementation of human rights obligations is most relevant.  In particular the group recommended the following:

Also in October 2019, forty two civil society organisations urged States to fulfil their respective obligations as set out in General Assembly Resolution 68/268.  This joint NGO proposal suggestes that Treaty Bodies could scehdule their periodic reviews of States in a coordinated way, and introduce a two-level review cycle with regular full reviews in Geneva every eight years, followed by focused reviews on a restricted number of recommendations, in line with the current “priority recommendations,” after four years.

These focused reviews could potentially take place either:

In view of the aforementioned, we are encouraged by the willingness of the system to seek ways to reach beyond the confines of their role Geneva, important as the Geneva part of the system is, and to explore ways of renewing the system. The Committee on the Rights of the Child in particular was bold to start experimenting with one version of implementation.

The current experimentation with various forms in which this can best be done should be continued, so that an informed decision can be taken on how to formalise the procedure. Irrespective of the exact format chosen, engaging more closely with the beneficiaries  of the treaty system will be an important step forward. Hopefully such a step will in turn trigger further efforts to ensure the broader ownership and visibility of the treaty system, which is crucial to its long-term survival.