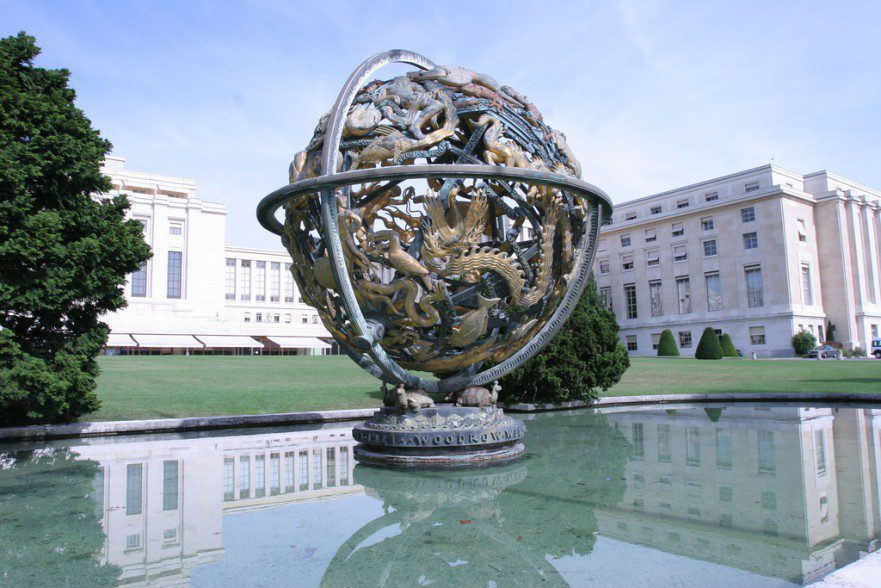 ‘By Invitation’ URG Insights blogs aim to offer an inclusive platform for all stakeholders to express and share information and opinion. The views expressed are the authors’ own, and do not necessarily represent the position of the URG. 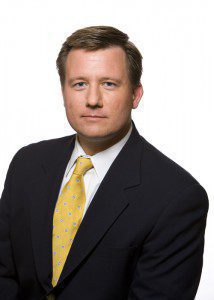 The 2015 edition of Freedom House’s Freedom in the World reported that observance of civil and political rights saw a decline for the ninth straight year. This span covers the life of the Human Rights Council (the Council), which is specifically charged with promoting human rights. This raises fundamental questions about the Council’s effectiveness in promoting those rights globally.

It was not supposed to be this way. Former UN Secretary-General Kofi Annan set high expectations when he condemned the venerable UN Commission on Human Rights (the Commission) and recommended replacing that body with the Council. Zeroing in on the Commission’s declining credibility, unprofessionalism, partiality, and failure to focus on the most egregious human rights situations, the UN General Assembly, in its resolution creating the Council, directed it to promote human rights and fundamental freedoms in a fair and equal manner and to “address situations of violations of human rights, including gross and systematic violations.” Unfortunately, the record of the past decade does not reflect this focus.

Most blatantly, the Council has failed to shed the old Commission’s bias and hostility toward Israel. The Council has one item on its agenda for “Human rights situations that require the Council’s attention” and another item for the “Human rights situation in Palestine and other occupied Arad territories” – in other words one item focusing solely on Israel’s activities and another on the activities of every other country in the world. As tallied by UN Watch, the Council has condemned Israel 61 times since it was established in 2006, while condemning other countries a total of 55 times. The Council has held 17 Special (emergency) Sessions criticising countries for human rights of which 7 have focused on Israeli actions or policies.

But the unfair and unequal application of human rights promotion is broader than the Council’s obsession with Israel; it also extends to where the Council fails to act. Specifically, the body has demonstrated a consistent disinterest in the deplorable human rights situations in China, Cuba, Russia, Venezuela, Zimbabwe and five of the ten “Worst of the Worst” countries for human rights as rated by Freedom House in 2015.

But more generally, the Council has focused increasingly on human rights issues not directly related to gross and systematic violations of human rights. Instead, it has spent the majority of its time, resources, and attention on a growing number of “thematic” human rights topics of political, esoteric or specialized character. Examples include the resolutions establishing an independent expert on “the promotion and protection of human rights while countering terrorism,” “the negative impact of the unilateral coercive measures on the enjoyment of human rights,” and “the enjoyment of human rights of persons with albinism.” The most recent Council session resulted in a request to the Office of the UN High Commissioner for Human Rights (OHCHR) to “conduct a detailed analytical study on the relationship between climate change and the human right of everyone to the enjoyment of the highest attainable standard of physical and mental health.”

As the Universal Rights Group (URG) reported earlier this year, between 2008 and 2014, almost 60 per cent of all Council resolutions focused on general thematic issues (adopted under item 3) versus only 7 per cent focused on urgent human rights situations requiring the Council’s attention (adopted under item 4). In fact, the total number of country-specific texts adopted under other agenda items plus all country-specific resolutions adopted in Special Sessions together total less than the number of Council resolutions on thematic human rights. This emphasis also is reflected in the Council’s Special Procedures of which there are 41 thematic versus 14 country mandates.

Many thematic mandates address important topics, but their increasing granularity and proliferation devalues and distracts attention and resources from the core human rights upon which all other human rights rest. What use are cultural or economic rights without freedoms of expression or conscience or self-governance to exercise those rights? Are not older persons, children, persons with disabilities, indigenous peoples, peoples of African descent, internally displaced persons, and others all humans?

Sadly, the Council has allowed itself to lose sight of the human rights forest in its obsession on individual trees. Human rights expressed in treaties, Treaty Body General Comments, and resolutions passed in the Council and the General Assembly have grown enormous, complex, and specialised to the point where they are impossible to monitor or apply consistently.

The world’s most repressive regimes are happy to encourage this proliferation. After all, the Council has finite time and resources. The focus on particular groups and derivative human rights cannot help but distract attention and resources from the promotion of core human rights and fundamental freedoms for all. The more attention that is heaped on the rights to food, water, adequate housing, and the human rights implications of climate change, the less time there is to examine human rights situations in individual countries.

It is a failing that people in free democracies where basic human rights are well embedded and observed can withstand, but is a tragic loss for the billions of individuals around the world who struggle with repression on a daily basis. As noted by Jacob Mchangama and Guglielmo Verdirame, co-founders of the Freedom Rights Project:

When everything can be defined as a human right, the premium on violating such rights is cheap. To raise the stock and ensure the effectiveness of human rights, their defenders need to acknowledge that less is often more.”

The working assumption of the Council and of the well-meaning human rights groups perpetually petitioning it to elevate their niche concerns appears to be that core human rights are universally recognised and, therefore, resolved. But that is sadly untrue — much of the world’s population continues to suffer under repressive regimes that wilfully and cruelly deny them basic human rights and freedoms.

This illustrates the Council’s limitations. It lacks the power to compel governments to heed its resolutions and, therefore, depends on willing cooperation. But willing states do not need Council scrutiny to embrace improvements in human rights; they only need suggestions and advice that can come from many sources.

By contrast, intransigent states are far less susceptible to the pressure from the Council or elsewhere. But it is these situations on which the Council is supposed to focus because the challenges are so steep and alternative pressures are so limited. Sadly, the Council, as described above, has frequently chosen to ignore these difficult and complex challenges. This tendency is evident even in the much-ballyhooed Universal Periodic Review (UPR) where human rights theatre is on display with repressive governments queuing up to praise each other and otherwise manipulating the process provide a patina of cooperation with little honest intent.

Increasingly, the Council has focused on internal dynamics and political posturing in Geneva. As observed by the Universal Rights Group:

“Diplomats expend considerable time and resources conceiving, drafting and negotiating texts, while NGOs expend significant levels of energy lobbying for or against their adoption. One need only attend voting at the end of a given Council session – with its associated tension and drama – to understand the importance that stakeholders attach to securing the passage of resolutions….

the growth in the quantity of Council resolutions has often run counter to ensuring their quality and impact. Rather than offering action-oriented responses to specific and clearly defined gaps in the international human rights framework, many resolutions have become bloated and repetitive, tabled more with a view to ‘keeping an issue alive’ than any clear-sighted understanding of objectives and desired impact.”

Although the Council may have negligible real world impact on human rights, it is not costless. The increasing number or panels, texts, discussions, and mandates have taxed the resources of even the most well manned missions in Geneva. Smaller missions are frankly overwhelmed and unable give due attention to all matters on the agenda, which erodes the quality and depth of intergovernmental deliberations.

Moreover, the expanded scope of the Council’s agenda has similarly bloated its expense. Based on budget estimates from the Secretary-General’s proposed programme budgets for 2008-2009 and 2016-2017 – the assessed budget for the Council is provided through the UN regular budget – the cost of the Council and its associated activities and mandates have roughly quadrupled.

The reason for this is clear. Beyond the costs of operation, each independent expert and mandate approved by the Council, each report commissioned by the Council, and every document considered by the Council has a cost associated with it. For instance, each Council text has to be translated into the six official UN languages at a cost of over $1,200 per page (on average). Special Procedures, moreover, have expenses associated with fulfilling their mandates. Thus, as the Council agenda expands and texts proliferate and lengthen, the associated costs similarly grow. On average between 2010 and 2014, the Council approved new and additional resource requirements averaging $11.5 million per year.

In short, over the past decade, the Council has dramatically expanded the scope of its work, particularly on secondary and tertiary human rights “thematic” issues, while neglecting its mandate to address gross and systematic human rights situations in specific countries. The result is an expanding budget for marginal impact outside of the insular, Geneva-based human rights community. This disappointing record – along with a significant level of overlap, repetition, and redundancy between the work and agenda of the Council and the Third Committee of the GA – should lead human rights experts and member states to re-examine UN human rights bodies to improve impact and efficiency.

Millions around the word are denied basic human rights and fundamental freedoms; they deserve a UN human rights system that wants to help them and challenges their oppressors, not a politicised talking shop more focused on abstract or select facets of human rights issues than on the brutal tyranny perpetrated upon people around the world – sometimes by the very governments elected to the Human Rights Council.

Brett D. Schaefer is Jay Kingham Senior Research Fellow in International Regulatory Affairs in the Margaret Thatcher Center for Freedom, a division of the Kathryn and Shelby Cullom Davis Institute for International Studies, at The Heritage Foundation. He is editor of ConUNdrum: The Limits of the United Nations and the Search for Alternatives (Rowman & Littlefield Publishers, 2009).

Note: The views expressed in this article are the author’s own, and do not necessarily represent the position of the URG.