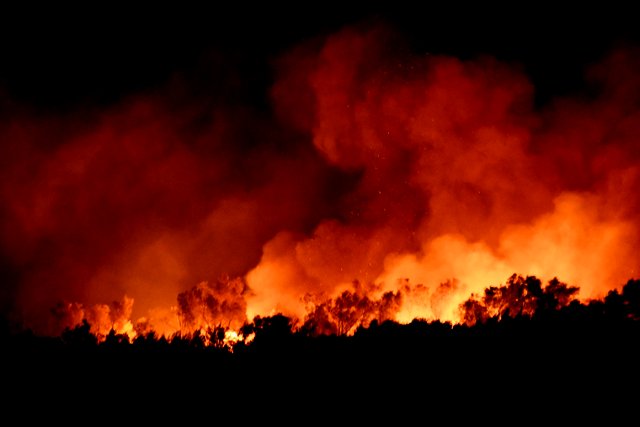 On 24th September, the President of Brazil, Jair Bolsonaro, delivered a high-level speech during the general debate of the 74th session of the UN General Assembly (GA). In it, he claimed that his Government is firmly committed to environmental protection and conservation, as well as to sustainable development more broadly. Yet, in the same speech, he questioned claims about the severity of the recent fires in the Amazon rainforest, as well as the relevance of those fires for humanity – do forest fires in Brazil really matter for the international community or for the ‘Peoples’ of the United Nations? His speech understandably drew serious criticism from environmentalists and human rights defenders around the world, who have repeatedly sounded the alarm about the scale of the environmental disaster in the Amazon (and its wider implications for climate change), and about the severity of the impacts of the fires for human rights.

So, are the fires in the Amazon rainforest, and especially the Brazilian State’s failure to prevent those fires and maybe even – as some have argued – to create the conditions under which they might happen, a human rights concern? The short answer is yes.

In numerous UN resolutions over the past eight years, as well as in countless reports by UN Special Rapporteurs and the Office of the High Commissioner for Human Rights (OHCHR), in general comments by UN Treaty Bodies, and in decisions of national and regional courts, the close inter-relationship between the environment and the enjoyment of human rights has been clearly defined. Those determinations have three broad features in common. First, they recognise the serious impact of environmental harm, including as caused by climate change, on the human rights of individuals and groups around the world. In some cases, they go so far as to claim that a State’s failure to protect or conserve the natural environment, where that failure leads to human harm, can be construed as a human rights violation – even where cause and effect are cross-border. Second, the UN and other relevant organisations/courts have shown that human rights obligations and principles should inform the environmental protection policies of States, improving the quality and coherence of national laws and actions. This is especially the case for procedural rights – i.e. the rights of those communities or individuals (especially those in already vulnerable situations due to indigenous status, disability, gender, age, etc.) impacted by environmental harm or by policies that affect their environment. On this point, international law is clear: the State must inform and consult affected communities, provide access to decision-making, and provide access to remedy and redress. Third, so-called ‘environmental human rights defenders’ are the ‘face’ of the relationship between environmental harm/protection and human rights. These individuals (e.g. the indigenous peoples of the Amazon who raised their voices about the fires and confronted those alleged to have started them) assert their human rights in order to defend the natural environmental upon which they depend.

Brazil is Party to the International Human Rights Covenants and the UNFCCC’s Paris Agreement. It has also, as a member of the Human Rights Council, joined consensus on numerous resolutions recognising the links between climate change and other environmental harms on the one side, and human rights concerns on the other. More recently, Brazil joined consensus on Council resolution 40/11, which recognises ‘the positive, important and legitimate role played by human rights defenders in the promotion and protection of human rights as they relate to the enjoyment of a safe, clean, healthy and sustainable environment.’

Moreover, last month (on 6 September), Brazil and the other six countries that share the Amazon biome, signed the ‘The Leticia Pact’, committing themselves to take robust measures to protect the rainforest.

At domestic level, however, civil society organisations and environmental human rights defenders argue that the international instruments and resolutions ratified/supported by Brazil are more honoured in the breach than in the observance. Critics affirm that Brazil did not take effective action to protect the rainforest, or to protect the rights of those negatively impacted, especially indigenous peoples.

On the issue of Brazil’s failure to protect the rainforest, and thus its failure to protect the rights of Brazilians, experts from climate institutes point out that this year’s weather has not been substantially different from previous periods (it has been a little warmer) – rather, the likely cause of so many fires on such as scale is human action, probably linked with illegal deforestation and clearing activities. The Government’s ‘pro economic development’ rhetoric has been blamed, by some, for providing a ‘green light’ for such crimes.

Experts have shown that the extent of this year’s fires is  around 80% higher than the same period in 2018. Over 76,000 fires haver burnt over 7,000 square miles of rainforest. Set against a backdrop of already alarming rates of deforestation, some experts have said that  fires on this scale mean that in 20-30 years, ‘the forest will no longer be able to pull carbon out of the air at the same rate, allowing about 550 million tons of carbon dioxide to remain in the atmosphere each year […] This amount is comparable to the annual emissions of a major economy’ (The Washington Post, 2019). As the IPCC demonstrated, if we don’t keep the global temperature from rising, the consequences for human rights and human life will be devastating.

Additionally, the impact of the fires on the quality of the air ,and the threat they pose to the health of millions of people, have caused great concern. Because of the fires, Brazil’s air has been polluted with toxic particles that are likely to affect the health of thousands of Brazilians. Respiratory diseases have already increased in children living close to the Amazon.

Moreover, the lives and health of almost one million people, belonging to Amazonian indigenous communities, are at risk as the fires edge closer to their populations. These peoples depend on the forest for their food, water, habitat, traditional medicines and clothes. Similarly, their rights to cultural identity, self-determination and collective land are at risk as the natural ecosystem on which they are based is destroyed.

Notwithstanding, as noted above the indigenous peoples of the Amazon are not merely victims, they are active participants in the defence of their land, their environment, and their rights. Over the past few years, the number and intensity of incursions into indigenous territories by loggers, farmers and other economic actors has increased considerably. As those incursions have increased, so have the risks faced by environmental human rights defenders.  Earlier this year, indigenous leader Emrya Wajãpi was killed by miners. The UN High Commissioner for Human Rights, Michelle Bachelet, responded by urging the Brazilian Government to halt the invasion of traditional territories and ensure their collective rights:

‘Effective measures should be taken to save lives & physical integrity of the Waiapi people. I urge the Government to act decisively to halt invasion of indigenous territories and ensure their collective rights to their land.’