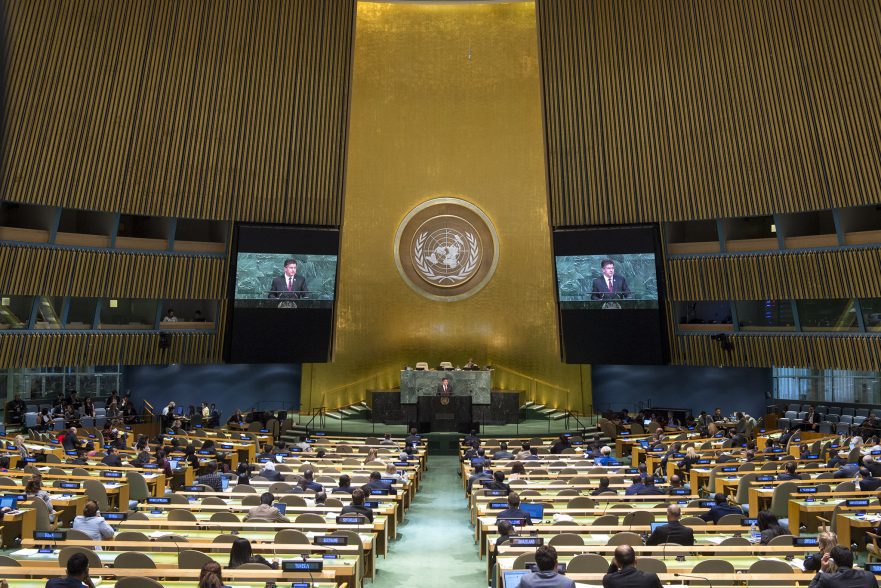 One consequence of the General Assembly’s decision, in 2006, not to make the new Human Rights Council a main body of the UN, on par with the Security Council and the Economic and Social Council (ECOSOC); and of its 2011 decision to maintain that subsidiary status; has been significant institutional confusion about the relationship between the Council and the GA, especially the Third Committee (responsible for social, humanitarian, and cultural affairs). Despite the best efforts of various Council Presidents and Third Committee Chairs, that confusion – that lack of coherence – continue to bedevil the UN today.

Consequences of this incoherence include the tabling of repetitive and duplicative human rights resolutions each year in both the Council and the Third Committee; repetitive interactive dialogues with thematic Special Procedures mandate-holders in both Geneva and New York; and the implicit threat of ‘reopening’ the Council’s annual report to the GA in the Third Committee.

This year, at the end of the 72nd session of the Third Committee, the URG repeated this analysis and found that little has changed/improved since 2013. The URG’s 2017 analysis found that 16% of the texts were functionally identical, elaborative, or significantly overlapping with their Council equivalent text. This does indicate some signs of improvements, as this represents a decrease from 27% in the URG’s analysis in 2015. Notwithstanding, when including resolutions with a lesser degree of overlap, this figure rose to over 55% of all human rights resolutions passed by the Third Committee during the period in question.

This year, URG has updated that analysis for 2017 resolutions. It shows that:

In other ways however, our 2017 analysis found that coherence may be improving somewhat, at least in the sense that States in the Third Committee now – apparently – understand the importance, for the Council’s prerogative and competencies, of not ‘reopening’ the latter’s annual report in order to ‘suspend’ resolutions adopted by vote in Geneva. One signal of that apparent improvement is that whereas a voted resolution (HRC resolution 24/24) on ‘reprisals’ was the cause of the ‘reopening’ of the Council’s annual report in 2013, this year, States in the Third Committee decided not to ‘reopen’ the Council’s report, despite the presence of an equally contested resolution on reprisals this year.

Notwithstanding such (limited) positive signs, and while recognising that some (especially Small) States strongly support the juxtaposition of the Council and the Third Committee (because, they argue, the latter has universal membership – meaning they have a place at the table), it is clear that incoherence in the Council’s relationship with the GA is deeply damaging to the credibility of the UN’s human rights system. It is also a highly questionable (mis)use of scarce UN resources.

Unfortunately the problem is here to stay. Improved coordination and communication between ‘Geneva’ and ‘New York’ could certainly alleviate the situation to an extent. But that would only scratch the surface of the challenge. A real, sustainable and effective resolution to the issue can only be found by elevating the Council to become a main body of the UN. The Council could then report directly to the GA, while there would no longer be need to pass duplicative resolutions, and hold repetitive interactive dialogues in the Third Committee.

Starting in 2021, States will once again review and consider the status of the Council. At a time when human rights pillar reform, and wider UN reform, are at the top of the political agenda, it is clear that making the Council a main body of the UN should be a key end goal of any meaningful reforms.

A note on Methodology