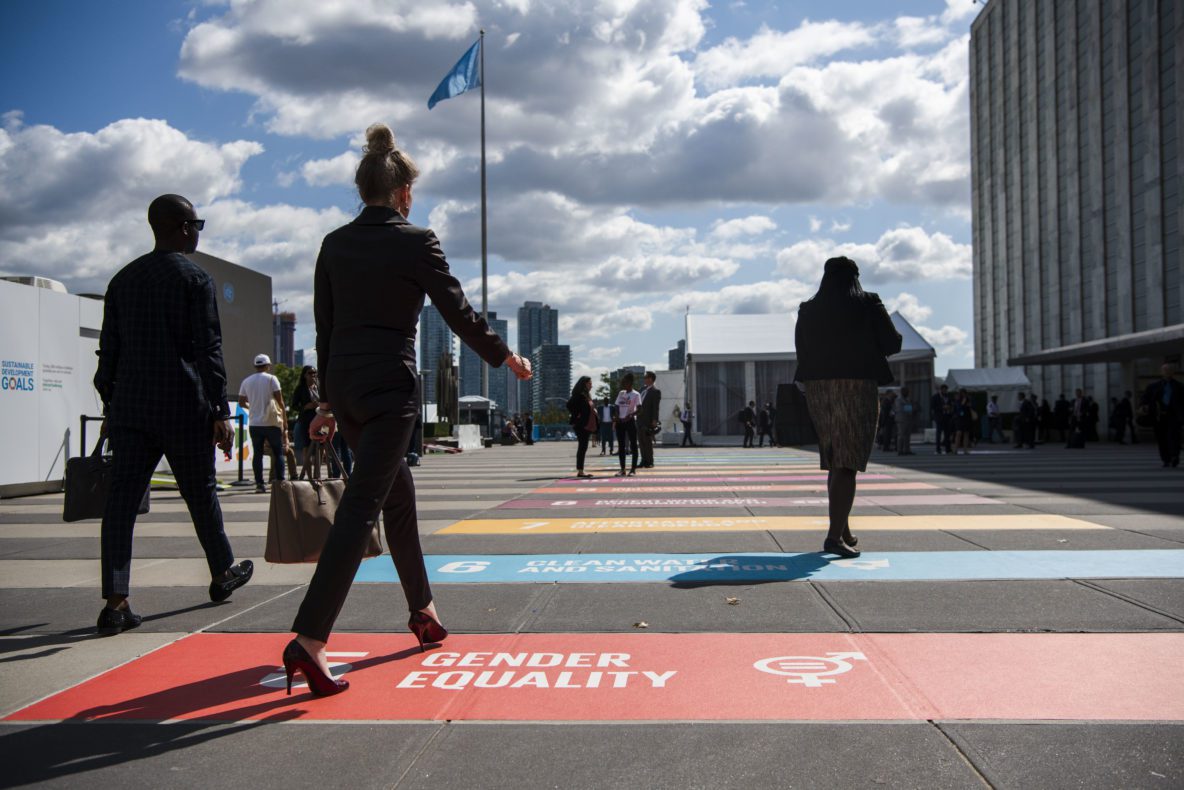 In Michelle Bachelet’s address at the 74th session of the Third Committee at the UN General Assembly (GA) she highlighted recent ‘pushbacks on women’s equality’ and the need for a ‘pushback to the pushback.’ Indeed, over the last several years, women’s rights, and especially women’s sexual and reproductive health and rights (SRHR), have been a point of contention at the UN. There has been a relitigation of previously agreed upon language contained in resolutions promoting SRHR. While those at the UN focus on this transgression of norms, tangible progress on SRHR has stalled. Agreed language can be useful to set norms and standards; however, a myopic focus on international negotiations is distracting from the very real impact on women and girls, which should be the focal point of these negotiations. How can we move from arguments about procedure and language to tangible gains for women and girls on the ground?

The term ‘Sexual and Reproductive Health and Rights’ was first discussed in 1994 at the Cairo International Conference on Population and Development (ICPD) and in 1995 at the Fourth World Conference on Women (FWCW) held in Beijing. The Cairo Programme stated that ‘Reproductive health … implies that people are able to have a satisfying and safe sex life and that they have the capability to reproduce and the freedom to decide if, when and how often to do so.’

SRHR are intrinsically linked to the empowerment of women and girls, and play a crucial role in shaping future social and economic development. As a result, SRHR play a key role in the achievement of the Sustainable Development Goals (SDGs) and in the fulfillment of international human rights obligations.

Current status of SRHR at the UN

During the contentious session of the Third Committee of the UN General Assembly this year, pushbacks to SRHR were apparent as select States challenged agreed upon language and disassociated from language regarding SRHR. This is the second year that we have seen these squabbles bubble up at the Third Committee and in the larger UN system. In both 2018 and 2019 States presented hostile amendments to SRHR resolutions. These actions challenged informal procedures and long-standing practices on accepting previously agreed upon language, confounded traditional allies, ran contrary to consensus, and appeared to many to stunt or even reverse progress on SRHR.

This infighting is also taking place at other key points of international negotiation on human rights related issues, such as the Human Rights Council (HRC) and the Security Council (SC). In April, for example, the US threatened to veto a resolution on sexual violence and conflict at the SC due to its references to SRHR, thus watering down the final resolution that passed. In October, the US allowed a women, peace and security resolution at the SC to pass but then quickly disassociated from all references to SRHR, a similar tactic to their dissent during the Third Committee. At the 41st Session of the Human Rights Council, the four resolutions focused on SRHR attracted 20 hostile amendments. Ultimately, all of the amendments were rejected and the resolutions passed. In all of these cases the resolutions on SRHR were adopted, but it is worth examining at what cost. How do we move the conversation from paralysing arguments on agreed upon language at the international level to tangible gains for women on the ground?

Why do SRHR matter?

When focusing on the highly politicised and polarised discussions around language in UN resolutions it can be easy to feel removed from the threats women and girls are facing around the world. According to the World Health Organization, poor maternal conditions were one of the top five leading causes of death for adolescent girls in 2016. In developing regions, it is estimated that over 200 million women who want to avoid pregnancy do not have access to contraceptives or family planning methods. One third of all women face violence and, for women of reproductive age, this violence is more likely to result in death than road accidents and malaria combined. In Latin America, the pregnancy rate of girls under the age of 15 is rising, largely due to rape. In the face of these alarming facts, the urgency of fulfilling SRHR cannot be overstated.

Additionally, SRHR are closely linked to the achievement of the Sustainable Development Goals. SRHR contribute to the fulfillment of gender equality (Goal 5), which also contains target 5.1 on ending discrimination, targets 5.2 and 5.3 on gender-based violence and harmful practices (such as FGM and child marriage) and target (5.6) specifically on SRHR. Additionally, there are multiple targets under Goal 3 (health) that address women’s reproductive health: maternal mortality (3.1); universal health coverage, including indicators for SRHR services (3.8); and sexual and reproductive health (‘family planning’) (3.7). There is also a ripple effect resulting from the fulfillment of SRHR. Achieving SRHR can contribute to ending poverty (Goal 1), reducing inequality (Goal 10), and accessing quality education (Goal 4). When women and girls have access to and control over their own sexual and reproductive health, they are able to complete their education, grow their career, and take care of themselves and their family.

Some States have begun to recognise the importance of SRHR at the UN. This fall, the Netherlands, on behalf of 58 countries, delivered a joint statement at the UN High-Level Meeting on Universal Health Coverage (UHC) affirming the necessity of SRHR to UHC. Additionally, while many patriarchal and religious traditions that inhibit the enjoyment of SRHR can be difficult to combat, some States have recently overcome deeply ingrained beliefs in order to make progress. Ireland, for example, historically repealed a near total ban on abortion just last year. Slovakia recently rejected draft legislation that would have placed severe restrictions on women’s access to abortion. In 2018, Nepal enacted “Safe Motherhood and Reproductive Health Rights Act, 2018” (RH Act), affirming their commitment to women’s bodily autonomy. The national government in Mexico proposed a bill in the fall of 2019  to decriminalise abortion at the federal level.  In early 2019, Pakistan implemented measures to provide access to obstetric fistula care in the province of Sindh. Tunisia recently passed landmark legislation to eliminate violence against women (although they are still working on its implementation).

While this progress is laudable, the fulfillment of SRHR still faces many roadblocks such as: barriers to education, mental health challenges, natural disasters, armed conflict, displacement, and disability. There are still large disparities between countries with regards to women’s ability to access sexual and reproductive health services; many women and girls are not informed that these sexual and reproductive rights exist at all.

During voting at the Third Committee this fall, it often seemed that the people who spoke most frequently about SRHR were those disassociating from language surrounding SRHR. The actions of these States affect women around the world as the in-fighting over language undermines the value and credibility of the resolutions on SRHR. The international community, and the institutions in which multilateral negotiations and decisions occur, need cross-regional, vocal champions of SRHR, such as those countries listed in this blog who have recently passed progressive laws.

When discussing SRHR, champions should take a renewed focus on improving and highlighting the lived experiences of women and girls on the ground. Language on a page is no match for a woman or girl’s daily life. Furthermore, champions should not allow the conversation to be hijacked and should turn the international community to the wide range of rights and SDGs that SRHR encompass.

It is not enough to be on the defense when states pushback on agreed language and SRHR. How can advocates of SRHR not only ‘pushback to the pushback’ but also push the conversation, and the action that accompanies it, forward? Even in this hostile climate, the year 2020 will present numerous opportunities for an improved discussion on SRHR, and it is up to advocates to push us out of this political stalemate and into concrete action for women and girls.