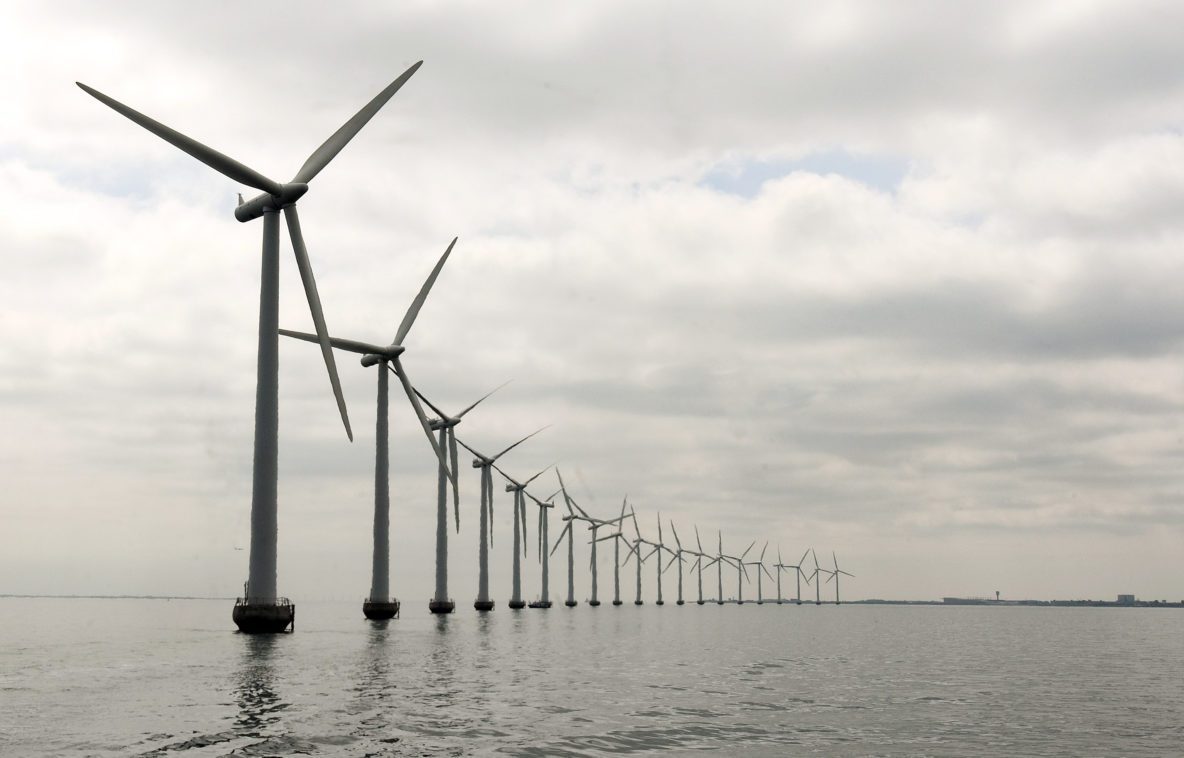 On 24 March 2021, the First Senate of the German Constitutional Court (Bundesverfassungsgericht) rendered its long-awaited decision on four constitutional complaints[1] brought in relation to Germany’s Federal Climate Change Act (Bundes-Klimaschutzgesetz) of 2019. The plaintiffs – some of whom are young climate activists – had alleged, in part, that the Act violates the fundamental rights of future generations by failing to prescribe in sufficient detail a long-term pathway for reducing greenhouse gas emissions by 2050.[2] The Court agreed with this argument and, in its reasoning, set an important precedent for intergenerational climate justice, but fell short of endorsing a fundamental right to a healthy environment. The decision comes at a time of heightened scrutiny over States’ climate action and stands to continue the worldwide trend of courts mandating legislators to step up measures in the coming decades.

The rights of future generations

The Court’s partial acceptance of the constitutional complaints, and innovative reasoning in support thereof, are to be welcomed. Specifically, the Court found that the 55% overall reduction in greenhouse gas emissions from 1990 levels by 2030 and annual emissions targets for different sectors of the German economy envisaged in the Act are unconstitutional.

In the view of the Court, the failure of the legislator to specify similar objectives for the time period after 2030 irreversibly endangers the fundamental rights of future generations. That is because the current regime renders more likely drastic measures in future to achieve the government’s stated goal of ‘greenhouse gas neutrality’ by 2050. Such measures would be constitutionally justified – mandated even – as Art. 20a of the German Basic Law (Grundgesetz) on the ‘protection of the natural foundations of life and animals’ obliges the legislator to take steps in mitigation of climate change.

In the absence of a long-term (i.e., post-2030) roadmap for the reduction of greenhouse gas emissions, the Court rightly observed, a society shaped by a lifestyle heavily reliant on CO2 emissions would have to transition to ‘climate-neutral’ behaviour over a relatively short period of time – with drastic restrictions on all fundamental freedoms. In the words of the Court, the fundamental rights enshrined in the Basic Law, serving as ‘intertemporal safeguards of freedom,’ militate against offloading such a disproportionate burden of responsibility on future generations. The Court therefore mandated the legislator to concretise emissions targets for the period after 2030 by 31 December 2022 at the latest.

The fact that the decision is based exclusively on the rights of future generations – all of them taken together and functioning intertemporally, nonetheless – constitutes an innovative departure from the Court’s previous jurisprudence. Precisely because there is a certain level of abstraction in the reasoning, its applicability may not be limited to the confines of German constitutional law. Indeed, the decision should serve as a blueprint for lawsuits in other countries, adopting the Court’s logic of intergenerational climate justice.

Where the decision falls short is in its treatment of the right to a healthy environment, though arguably the Court’s hands are somewhat tied by the internal structure of the German Basic Law and jurisprudence to date. Art. 20a of the Basic Law, which was introduced in a 1994 constitutional amendment, provides:

Mindful also of its responsibility towards future generations, the state shall protect the natural foundations of life and animals by legislation and, in accordance with law and justice, by executive and judicial action, all within the framework of the constitutional order.

The Court confirmed on various occasions that Art. 20a is a ‘justiciable norm’ that is binding on the legislator. In other words, the Basic Law renders environmental protection a ‘matter of constitutional concern’ that may be subject to judicial scrutiny; at the same time, the government as the primary duty-bearer on climate action is afforded considerable discretion in the concrete realisation of this norm.[3]

To its credit, the Court explicitly recognised that the democratic political process, with its comparatively short legislative periods, carries the danger of a delayed and more cumbersome reaction to ecological concerns, also because future generations – who stand to be disproportionately affected by climate change – do not have a say in the current debate.

That being said, the Court persisted in its position to date that Art. 20a does not entail subjective rights capable of enforcement via constitutional complaints brought by individuals, as is the case for the ‘catalogue of fundamental rights’ (Grundrechtskatalog) in Articles 1–19 of the Basic Law. At the same time, the Court left open the question raised by some of the plaintiffs whether the fundamental right to a minimum level of subsistence (menschenwürdiges Existenzminimum) recognised in the Court’s previous jurisprudence includes a minimum level of ecological subsistence. While the Court did not reject this argument in principle, it was satisfied that the government had taken the necessary steps to avert ‘catastrophic or even apocalyptic’ events that might constitute a direct threat to lives and livelihoods. Surely, that raises the bar too high: the right to a healthy environment should not be conditional upon scenarios reminiscent of Cormac McCarthy’s The Road; as countries like Costa Rica have demonstrated, a less dramatic route is possible.

The courts as guardians of the climate?

The decision was met with approval across the political spectrum. Annalena Baerbock, who last month was selected as the Green Party’s candidate to succeed Angela Merkel after the September 2021 federal elections, praised the decision as ‘historic.’ Germany’s Minister for Economic Affairs and Energy Peter Altmaier, widely credited as one of the principal drafters of the Act, also welcomed the judgment, citing with approval the Court’s agreement with ‘concrete reduction targets for each individual year between 2022 and 2050.’

While some climate activists, including plaintiff Luisa Neubauer, celebrated the ruling, others have cautioned that its practical impact might be limited. Such scepticism may turn out to be misplaced: On 5 May 2021, less than a week after the decision was published, Minister of Finance Olaf Scholz and Minister of the Environment Svenja Schulze presented a legislative proposal that would seek a 65% reduction of greenhouse gas emissions from 1990 levels by 2030, compared with the 55% currently prescribed in the Act. The draft, which was adopted last Wednesday, also brings forward the government’s self-imposed ‘deadline’ for achieving climate neutrality from 2050 to 2045, and sets concrete emissions targets for the time period after 2030.

Leaving aside legal intricacies for a moment – and there is much to be desired, for the Court neither endorsed a fundamental right to a healthy environment, nor found that the Act violates any fundamental rights at present – the developments of the past weeks aptly illustrate the wider implications of the decision. Environmental protection is no longer an issue of concern only for a small number of radical activists, nor is support for the climate movement purely restricted to the realm of civil society; it has reached the highest echelons of the German judiciary. The German government seems to have received the message that a different wind is blowing from Karlsruhe,[4] taking the initiative to propose amendments which go beyond those strictly mandated by the Court’s ruling.

While the European Court of Justice in a recent decision turned a ‘deaf ear’ to climate concerns, the Bundesverfassungsgericht thus joins the ranks of a growing number of European courts that step in where lethargic governments have been hesitant in adequately responding to grim indicators of severe environmental degradation. While the – no doubt, important – systemic limits of the current political process to deal with the climate crisis have prompted many a commentator to propose a radical overhaul of liberal democracy, the judges in Karlsruhe proved that such musings may be premature: perhaps the time has come for the courts to step up as guardians of the climate.

[2]  The plaintiffs also argued that the Federal Climate Change Act violates their right to (i) life and bodily integrity; (ii) property; and (iii) a minimum level of ecological subsistence.

[3]  The Act in the present case takes inspiration from the provisions of the Paris Climate Agreement.

[4] The city of Karlsruhe in Baden-Württemberg is the seat of the German Federal Constitutional Court.

Featured photo: A view of the Middelgruden offshore wind farm. The wind farm was developed off the Danish coast in 2000 and consists of 20 turbines. 25 May 2009. UN Photo/Eskinder Debebe. Licensed under CC BY-NC-ND 2.0.