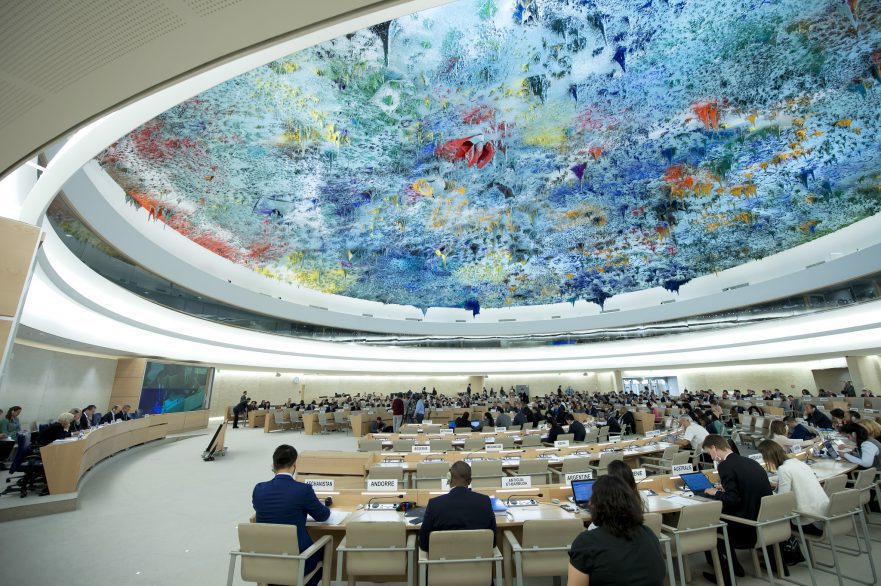 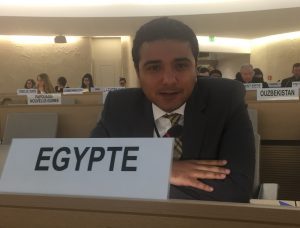 When, in 2005, the UN General Assembly agreed on the geographical segmentation of the membership of the new Human Rights Council, it was widely believed that developing countries would enjoy an ‘automatic majority’ in the newly established body and thus that the priorities and concerns of the global South would be adequately reflected and addressed. This theoretical disposition did not take into account that this presumed automatic majority is subject to a handful of influencing variables including political and economic pressures, as well as the role of the main gatekeepers in civil society, which on many occasions converge with the views of the powerful bloc led by United States and the European Union. Against the backdrop of the impressive performance of the African Group, OIC, Arab Group and NAM during the early years of the Council, this ‘automatic majority’ came under significant pressure. There were, at that time, systemic and persistent attempts to undermine the traditional unity and cohesiveness of major political and geographic groups, including, in some instances, through interfering in the candidature and election processes of these groups, so as to influence Council membership.

The Like-Minded Group (LMG), which had disappeared by the time of the end of the Commission on Human Rights era, was reborn as a by-product of these evolving group dynamics. By 2011, a considerable number of like-minded States were searching for a new and effective platform to share information and coordinate positions, until such a time as the more traditional groups would be able to rebuild their former cohesiveness.

The year 2013 was probably the year when the Council experienced its least-balanced membership. This fact encouraged many partners to test the limits of the capacity of the Council to absorb divisive ideas, many of which sought to destabilize the delicate balance achieved during the early years of the Council. Certainly, 2013 was a defining experience for the LMG, as many voiceless or under-resourced delegations needed to pool efforts to confront this unprecedented challenge. The vote on Council resolution 24/24 and later its suspension at the General Assembly were moments that significantly reinforced the cohesiveness of the group, elevated its status and helped define its raison d’etre.

The issues and priorities of the LMG were most clearly outlined in a statement delivered by Egypt at the final meeting of the 25th session of the Council in March 2014. This has come to be commonly known as the ‘LMG Charter.’ The statement said that building a Council that addresses all human rights on an equal footing, and which functions without confrontation, politicisation and double standards, should be a common interest for all. In the statement, the Group also drew specific attention to the importance of ensuring full respect for the institutional building package (IBP) of the Council, the outcome of the five-year review, the working methods, rules of procedures, and the institutional and financial good governance of the international human rights system, as cornerstones of an environment where confidence, constructive dialogue and cooperation can develop and flourish.

The LMG today is a cross-regional group of more than 52 States. Its composition breaks the traditional boundaries of East, West, North and South, as well as developed and developing. The coordination of the group was undertaken by Russia, China and (since July 2013) Egypt.

One of the key reasons behind the LMG’s success and sustainability is its flexible and agile working methods, which enable it to overcome the normal challenges faced by political and regional groups (e.g. restrictiveness, complexity, unanimity and slow responsiveness) that often compromise delivery.

As the current LMG coordinator, we are often asked how such a sizeable and diverse group functions and what unites such a diverse set of countries. Perhaps the easiest was to understand the Group’s methods of work is to imagine a train station where different groups of States within the bigger group ride the train that takes them to their desired destination vis-à-vis the different topics and themes under consideration. LMG members are not required to agree together on all issues, and they enjoy unquestioned liberty to select the issues they would like to jointly address. Cooperation between States ranges from merely sharing information to coordinating voting patterns and delivering joint explanations of position.

The current ambitious and agile performance of the LMG came after years of small but significant steps towards greater cooperation and coordination. In 2015, the work of the Group included the delivery of 15 statements, sending a number of joint letters on thematic, institutional, procedural and organisational issues, coordinating positions on a long list of initiatives, and presenting amendments and explanations of vote. Moreover, LMG is not a Group that only reacts to the proposals of others, but rather dedicates a considerable portion of its time and resources to promoting its own priorities and objectives, and to providing political and technical support on a number of issues where there is a convergence of views among its members.

In 2014, the President of the Council invited the Permanent Representative of Egypt to participate in extended Bureau meetings, in his capacity as the coordinator of LMG, alongside representatives of other political groups such as NAM, Arab Group, OIC and EU. This invitation reflected a widely shared acknowledgment of one of the most visible and influential political groups in the Council, and reinforced the importance of inclusive dialogue on all Council’s issues.

In the same context, the LMG, both the Group and its individual members, has always made every effort to engage in a constructive dialogue with other groups, States and relevant stakeholders, to achieve the commonly-shared principles and purposes of the Human Rights Council. For example, last year, the Group played a pivotal role in securing consensus on the important Presidential Statement PRST 29/1, in which the Council reiterated its commitment to strengthen the effectiveness and efficiency of its work. The Group remains committed to engage, in good faith and with an open mind, on similar matters in the future, through a constructive dialogue that respects and recognises the needs and concerns of different groups and States. During the last session of the Council in March 2016, the LMG was again actively engaged in discussions on numerous issues, including on expectations for the commemoration of the 10th anniversary of the Human Rights Council in June of this year.

In 2016, the LMG will continue to speak truth to power, and will continue to work on the basis of its strong conviction that the work of the Council will only reach its full potential if and when all delegations talk to each other more, and about each other less.