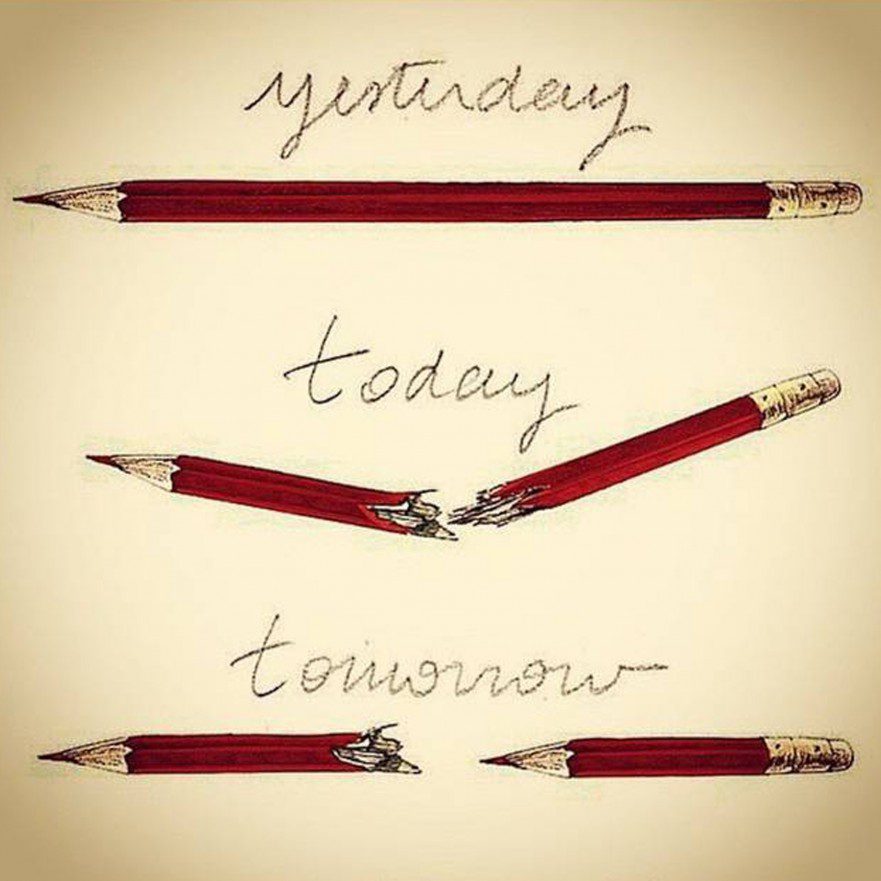 Last week’s appalling attack against journalists and police officers at the satirical newspaper, Charlie Hebdo, and the cascade of comment and counter-comment that has followed, remind us once again of both the importance of, and the sensitivities that surround, the relationship between freedom of expression, freedom of religion or belief, and non-discrimination.

Identifying and understanding the contours of that relationship has always been a deeply divisive issue at the United Nations, the only forum where all members of the international community can come together to debate such matters. ARTICLE 19 has long argued that these rights are mutually interdependent and reinforcing. The Universal Rights Group’s recent report on combatting religious intolerance lays out the history of attempts, at the UN Commission on Human Rights and, since 2006, at the UN Human Rights Council (the Council), to grapple with matters of freedom of religion or belief, freedom of expression, religious intolerance and stigmatisation, and incitement to hostility, violence or discrimination.

Against this background, the adoption, in 2011, of Council resolution 16/18 on ‘combating intolerance, negative stereotyping and stigmatization of, and discrimination, incitement to violence, and violence against persons based on religion or belief’ was a landmark success for the international community. The resolution – carefully negotiated by Pakistan, Turkey, the UK and the US – was hailed as a ‘triumph of multilateralism’ by then OIC Secretary General, as it managed to reconcile the increasingly polarised approaches of the West and the OIC in approaching the issue of religious intolerance, replacing calls (from the OIC) to combat the deeply problematic concept of ‘defamation of religions’ with commitments to address religious intolerance through promoting the related rights to freedom of expression, freedom of religion or belief, and non-discrimination. The resolution, in its in-built action plan, calls on states to, inter alia:

While consensus on resolution 16/18 remains intact (with subsequent annual resolutions – 19/25, 22/31, 25/34 – passing by consensus), to ensure its effective implementation, further work is urgently required at international and regional levels to deepen states’ understandings of the international human rights standards that underpin it, which often appear divided.

The scope of protection that should be afforded to the right to freedom of expression remains one of the most divisive issues at the Council. Initiatives to give strong recognition to this core right are resisted by states preferring to push for greater control over offensive or intolerant expression.1 In particular, these efforts to qualify freedom of expression often misrepresent the scope of article 20(2) of the ICCPR, which requires states to prohibit any advocacy of national, racial or religious hatred constituting incitement to hostility, discrimination or violence (‘the obligation to prohibit incitement.’) ‘Responsibilities’ are increasingly being emphasised, while ‘rights’ are abrogated with deliberate purpose.2

The Rabat Plan of Action (adopted on 5 October 2012), drawing on the work of the Treaty Bodies and a series of expert seminars convened by OHCHR, provides a useful framework for understanding the obligation to prohibit incitement, and a blue print for its implementation in line with international human rights standards. Its significance in this regard has been recognised in recent iterations of resolution 16/18.3

The Rabat Plan of Action advances an understanding of the obligation to prohibit incitement that regards proscription of expression constituting incitement as serving a very limited role – essentially as an act of last resort – and stresses that there must be sufficient safeguards against abuse of such prohibitions. Instead, the Rabat Plan of Action focuses on promoting a climate of free and open discourse to prevent against incitement, recommending the legislative, jurisprudential and policy responses required of states to increase tolerance.

Several points of principle must be kept in mind when understanding both resolution 16/18 and the relationship between articles 19 and 20(2) of the ICCPR, in particular that:

UN Special Procedures have relied extensively upon the Rabat Plan of Action in elaborating recommendations to combat incitement, and it has been incorporated into the guidance of the CERD Committee.8 States should closely examine the Rabat Plan of Action in conjunction with these reports and further guidance, and the recommendations should inform domestic action as well as inter-governmental discussions on 16/18 at the Council and through the Istanbul Process (an inter-governmental 16/18 implementation mechanism).9 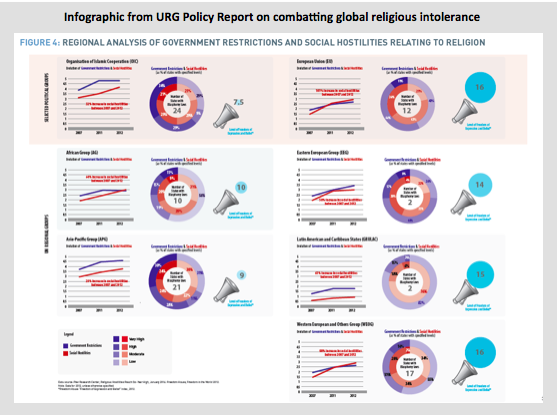 In the last week we have seen many states officially condemn the attacks on Charlie Hebdo while invoking the importance of freedom of expression. However, many of these same states maintain laws that criminalise blasphemy, insult, and other forms of offensive expression that do not meet the Rabat threshold, and apply these laws selectively, often to punish minority, dissenting or unpopular viewpoints. Following the Charlie Hebdo murders and with the guidance of resolution 16/18 and the Rabat Plan of Action, states should pause to reflect on how consistently their own legal frameworks protect offensive or unpopular speech. Engagement with civil society is essential to examine how laws and policies should be reformed to ensure robust protection of freedom of expression, freedom of religion or belief, and non-discrimination for all people.

At the regional level, initiatives such as the development by the League of Arab States of a ‘model law on defamation of religion’ go directly against the spirit of resolution 16/18, underlining how fragile and superficial consensus on resolution 16/18 really is.10 At the same time, regional instruments in place in the European Union, and developed recently through the Organisation of American States, do not fully comply with resolution 16/18 and the high threshold that should be required for restricting speech.11 States must seek consistency between international and regional efforts to combat intolerance and promote open space for dialogue.

At the same time, neither resolution 16/18 nor the Rabat Plan of Action should be considered exhaustive enumerations of international standards in this field or the measures states must take to combat intolerance. The scope of both documents is limited by the contexts they respond to – dealing together only with religious, racial and national intolerance, and arguably not sufficiently addressing all forums where intolerance may be manifested. Renewed debate on resolution 16/18 should also consider how to address these gaps.

Many forms of intolerance motivated from prejudice on protected grounds recognised under international human rights law, including sex, sexual orientation or gender identity, age or disability, are not dealt with in resolution 16/18 or the Rabat Plan of Action. A progressive reading of the ICCPR, in particular its provisions on non-discrimination and equality, requires states to take all forms of intolerance, and advocacy of all discriminatory hatred constituting incitement to hostility, discrimination or violence, equally seriously.12

The application of resolution 16/18 in the digital age has yet to be sufficiently addressed, either in terms of recognising the positive potential of the Internet to bridge gaps in understanding between different groups, or the considerations for protecting and promoting freedom of expression and equality online. In resolution 26/13, in June 2014, the Council recognised ‘the importance of the combating advocacy of hatred that constitutes incitement to discrimination or violence on the Internet, including by promoting tolerance and dialogue.’ Subsequent iterations of resolution 16/18 should maintain this positive focus on the role of the Internet, keeping in mind the practical measures suggested by the Special Rapporteur on contemporary forms of racism, racial discrimination, xenophobia and related intolerance inhis annual report for encouraging counter-speech to discrimination and hatred online.13

The rights to freedom of expression, freedom of religion or belief, and non-discrimination, are together essential and cannot be compromised by vague references to ‘responsibility’ that only serve to consolidate the censorship apparatus of states, to perpetrate and obscure human rights abuses. What is instead necessary is the comprehensive domestic implementation of international norms and standards, guided by resolution 16/18 and Rabat, through demonstrable changes to law and policy. In the wake of the Charlie Hebdo murders, states should lead by example to repeal blasphemy laws, to ensure laws on incitement comply with article 19(3) of the ICCPR and article 20(2) of the ICCPR, and to institute a framework for pluralism and tolerance through positive legal and policy measures. To support this process there must be inclusive and transparent reporting at the international level on how successes are being achieved, and lessons from shortcomings are being learnt. Critically, civil society must be encouraged to participate meaningfully in each stage of every one of these processes. 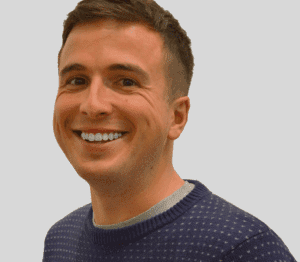 2See, for example, “UNHRC must reject hostile amendments to resolution on protest”, March 2014, available at: available at: http://www.article19.org/resources.php/resource/37502/en/human-rights-council:-states-must-reject-proposed-amendments-to-resolution-on-peace-ful-protest.

3 HRC Resolution 25/34 on Combating intolerance, negative stereotyping and stigmatization of, and discrimination against, persons based on religion or belief, A/HRC/RES/25/34, adopted without a vote on 28 March 2014, at operative para 5.

4 General Comment No. 34, HR Committee, CCPR/C/GC/34, 12 September 2011, at para. 52. According to Article 19(3) of the ICCPR, any restriction on the right to freedom of expression must be (i) provided for by law (ii) in pursuit of a legitimate aim, namely for respect of the rights of reputations of others or for the protection of national security or of public order (ordre public), or of public health or morals (iii) necessary in a democratic society and proportionate.

5 The six considerations are: 1) the social and political context; 2) the speaker, for example his or her status and influence; 3) the intent of a speech act, as opposed to mere negligence; 4) its content or form, for example style or degree of provocation; 5) the extent of the speech, for example its public nature and the size of its audience; and 6) the likelihood and imminence of actually causing harm.

6 General Comment No. 34, op. cit., at para. 48: “[p]rohibitions of displays of lack of respect for a religion or other belief system, including blasphemy laws, are incompatible with the Covenant” and that it would be impermissible “for such prohibitions to be used to prevent or punish criticism of religious leaders or commentary on religious doctrine and tenets of faith”.

7 Committee on the Elimination of Racial Discrimination, CERD/C/GC/35, 26 September 2013, at para. 20: “broad or vague restrictions on freedom of speech have been used to the detriment of groups protected by the Convention […] measures to monitor and combat racist speech should not be used as a pretext to curtail expressions of protest at injustice, social discontent or opposition”.

9 See, for example: Report of the Special Rapporteur on protecting and promoting the right to freedom of opinion and expression on hate speech and incitement to hatred, A/67/357, 7 September 2012; Report of the Special Rapporteur on freedom of religion or belief on the need to tackle manifestations of collective religious hatred, Heiner Bielefeldt, A/HRC/25/58, 26 December 2013; Report of the Special Rapporteur on contemporary forms of racism, racial discrimination, xenophobia and related intolerance on manifestations of racism on the Internet and social media, Mutuma Ruteere, A/HRC/26/49, 6 May 2014; and the contribution of the UN Special Advisor on the Prevention of Genocide to the expert seminar on ways to curb incitement to violence on ethnic, religious, or racial grounds in situations with imminent risk of atrocity crimes, Geneva, 22 February 2013.

10 Arab Guideline law for the prevention of Defamation of Religions, endorsed by the council of Arab Ministers of Justice in session 29, under the resolution N. 967, 26 November 2013.

11 See, for example,ARTICLE 19’s submission to the consultations on the European Union’s justice policy in relation to the EU Framework Decision on combating certain forms and expressions of racism and xenophobia by means of criminal law, 2008/913/JHA: http://www.article19.org/resources.php/resource/37412/en/article-19%E2%80%99s-submission-to-the-consultations-on-the-european-union’s-justice-policy.

12 For more on progressive interpretations of Article 20(2) of the ICCPR, see: “Responding to ‘hate speech’ against LBGTI people”, February 2013, ARTICLE 19, available at: http://www.article19.org/resources.php/resource/37343/en/responding-to-hate-speech-against-lgbti-people.

13 Report of the Special Rapporteur on contemporary forms of racism, racial discrimination, xenophobia and related intolerance on manifestations of racism on the Internet and social media, Mutuma Ruteere, A/HRC/26/49, 6 May 2014.