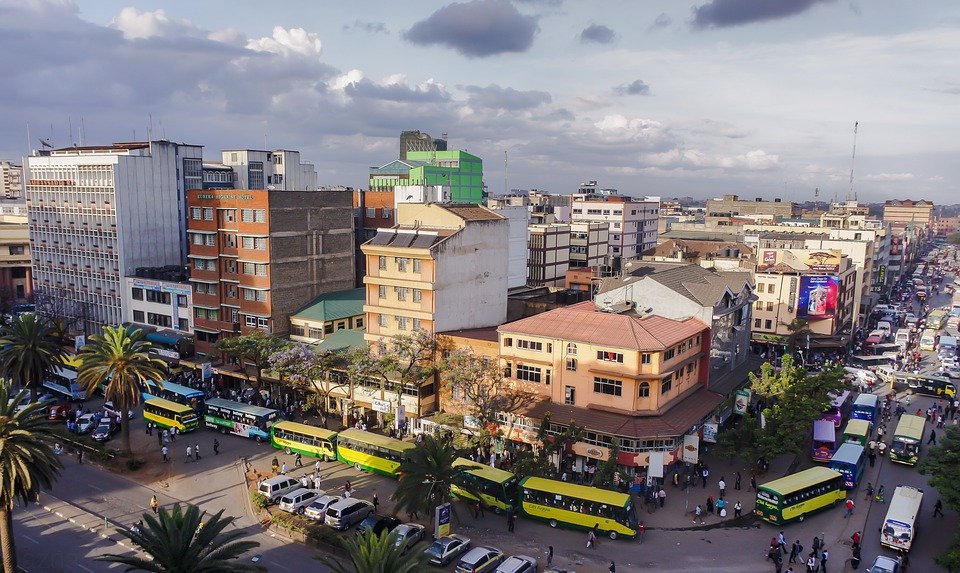 The challenge of statelessness has pervaded the international community for decades, with the UNHCR estimating that 12 million people currently hold no nationality. Stateless persons are often subjected to human rights violations, inhibiting their access to education, health services, employment, and economic security. Kenya has battled with this challenge since the early 1960s, when the Shona community, originating from Southern Africa, came to the country as missionaries. Many missed the deadline to obtain citizenship or were unable to register due to the post-independence constitution disallowing people not of Kenyan descent to be registered as citizens.

In what is a progressive achievement for human rights, the Kenyan government has granted the Shona community the right to a national identity card, and their legal status is now recognised by the State, enabling them to access State services, set up bank accounts, own property, and secure employment. A recent interview with Nazizi Dube, a member of the Shona community, epitomises the sentiment of many: ‘[W]e want to show that we are not just a burden to the country – we are birds with bright feathers … we are unworthy to be caged’.

The background to the significant decision

In recent years, the Kenyan government has come under pressure from States at the Human Rights Council to provide its Stateless people with citizenship. During the 2019 Universal Periodic Review (UPR) of Kenya, the Committee on the Elimination of Racial Discrimination and the delegation of Botswana raised concerns about the high number of ethnic minority communities that remained undocumented, and the challenges that they face, such as, inter alia, lengthy processes for acquiring identity documents. Kenya received recommendations to increase momentum and efforts to award citizenship to minority groups, to cease discriminatory systems, and to implement the provisions of the 1961 Convention on the Reduction of Statelessness.

That same year, the Kenyan government, during UNHCR’s ‘High-Level Segment on Statelessness’, committed to implementing and acceding to the UN Conventions on Statelessness. A year on from the UPR and UNHCR event, President Uhuru Kenyatta announced the decision to officially recognise the citizenship of the Shona community.

The recognition of the right to education, health, and employment that follow from the grant of Kenyan nationality will drastically change and improve the lives of the entire Shona community, which make up about one-sixth of the 18,000 Stateless people in the country. In the 1930s, the late 1950s, and the early 1960s, the Shona travelled from their State of origin, present day-Zimbabwe, to Kenya, to become missionaries under British colonial rule. When the country was decolonised in 1963, many of the ethnic minority group missed the deadline to register for citizenship and have since been denied the same protection and access to services that other citizens enjoy.

The UNHCR described the announcement as a ‘life-changing development for thousands of people’ that would ensure their full inclusion into society. Last week, when Kenyan Interior Security Minister, Fred Okengo Matiangi, distributed 1,649 identity cards to members of the Shona community, he noted that ‘from now on, you are citizens of this great country called Kenya. You have a Kenyan ID, so participate effectively, freely and strongly in the development of your country’.

The right to nationality and the right to birth registration are universal human rights recognised in several international instruments, such as Articles 24 and Article 25 of the International Covenant on Civil and Political Rights (ICCPR). These rights are closely linked to the enjoyment of other rights, namely the right to education, health, and employment. When just one of these rights is compromised, marginalisation intensifies, and poverty is exacerbated. The UNHCR and World Bank reveal in their joint study ‘Understanding the Socioeconomic Conditions of the Stateless Shona Community in Kenya’ that the poverty rate among the Shona community is 24% higher than that of the rest of the Kenyan population, with 50% of the Shona living below the poverty line.

Poverty and marginalisation can have dire consequences for the right to health. Article 12 of the International Covenant on Economic, Social and Cultural Rights (ICESCR) provides that everyone has the right ‘to the enjoyment of the highest attainable standard of physical and mental health’. The Shona community, who live in the rural countryside, have faced impoverishment, obstacles to access public healthcare facilities, overcrowded living conditions and COVID 19-related challenges.

To combat such issues, OHCHR, in their 2014 report ‘Birth registration and the right of everyone to recognition everywhere as a person before the law’, advised States to implement universal, well-managed registration systems to ensure both children and adults have equal access to healthcare. The granting of nationality to the Shona is thus a somewhat reassuring sign from the Kenyan government, who has expressed commitment to recognising the right to health of its citizens.

The OHCHR report also revealed that statelessness can have calamitous consequences for the right to education. Around the world, 230 million children under the age of five have not been registered at birth and are therefore unable to attend school. The UNHCR-World Bank study exposed this issue in Kenya; young nationals (14-17 years old) are two times more likely to attend secondary school than the Shona youth, partly because of administrative burdens: to register for the last grade in primary school, birth certificates are a requirement.

The distribution of birth certificates and identity cards signals some progress in Kenya’s human rights record, and it is an important representation of the tangible impact that member States of the Human Rights Council can have when they encourage States to improve human rights policies. Regrettably, the Shona will still face structural challenges and discrimination, and much work remains to be done. Still, it is hoped that children of the Shona community will finally be lifted out of educational discrimination, thus enabling them to enjoy the right to education in line with Article 11 of The African Charter on the Rights and Welfare of the Child, according to which ‘[e]very child has the right to an education … governments should take special measures … to ensure equal access to education for all sections of the community’.

The legal recognition of the minority community is also a triumph for their right to work, laid out in Article 6 of the ICESCR. Identity cards will provide, according to the OHCHR report, a ‘life-long passport’ for formal employment. Currently, much of the Shona community (78%) rely on self-employment, as opposed to working for wages, as 58% of the urban Kenyan population do. For generations, this has contributed to economic insecurity, as business-owners have been unable to borrow loans from banks due to a lack of identification papers which are required to set up bank accounts. Work security is expected to open the door for the Shona community to secure property rights, thus ameliorating their overall standard of living.

Statelessness: a global phenomenon that must be addressed

The Shona community are not alone in their struggle to obtain citizenship. In 2019, the Special Rapporteur on Minority Issues, Fernand de Vernannes, drew attention to the 4 million Bengalis that risked being deemed non-citizens in India; the Palestinians, who make up the world’s largest stateless group; and the Rohingya, who constitute the largest stateless group in Southeast Asia. With an estimated 12 million Stateless people around the world, the Special Rapporteur stressed that the issue is too often ignored, and that more action must be taken to fully recognise and realise their human rights. Prior to this, in 2016, Guy Goodwin-Gill, barrister and a professor of public international law at the University of Oxford, also suggested that ‘international co-operation in improving the status of stateless persons, or in reducing or eliminating statelessness, has enjoyed limited success’.

To address the lack of momentum from States to solve this ongoing crisis, UNHCR has set a goal of eradicating statelessness by 2024, by focusing on four key areas: identification, prevention, reduction and protection. In collaboration with UNICEF, UNFPA and OHCHR, UNHCR assists governments around the world to improve birth registration systems, design and implement national censuses, and monitor the human rights situation of Stateless persons.

Thus, it comes as no surprise that UNHCR has applauded Kenya’s decision to issue identity cards, thereby bringing the international community a step closer to a world where the human rights of all persons are fulfilled. Fathiaa Abdalla, UNHCR’s representative in Kenya, offered the hope that other States will now follow Kenya’s path towards ‘resolving longstanding statelessness’.

Statelessness is an issue that pervades the globe and often infringes on the rights of the most vulnerable. Since 1963, the Shona have been deprived of their right to health, education, and employment, having been unable to prove legal ties to either Kenya or their places of origin. The move by the Kenyan government to issue identification cards is the first of many important steps towards ensuring the protection and respect of the Shona community’s rights. It is hoped that other countries, particularly those with high populations of Stateless persons, will follow suit and recognise their right to nationality.