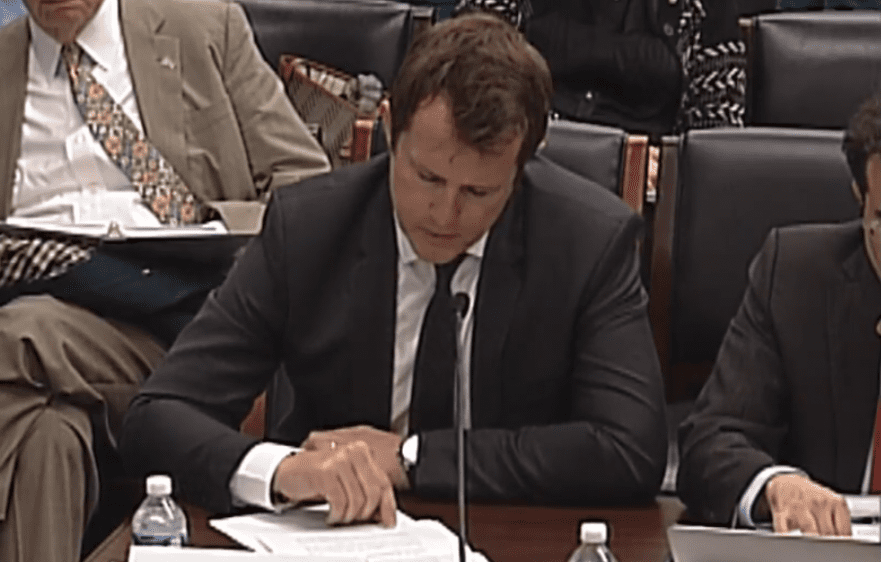 On 17th May, Marc Limon, Universal Rights Group’s Executive Director, offered testimony during a US Congressional Hearing (House of Representatives) entitled: ‘Ten Years Later: The Status of the United Nations Human Rights Council.’
The hearing was organised by the Tom Lantos Human Rights Commission and sought to examine the current functioning and effectiveness of the Council, and also look assess the impact of President Obama’s decision in 2009 that the United States would seek election to the body, in order to promote a ‘…balanced, credible, and effective UN Human Rights Council.’
The hearing, which was chaired by Joseph R. Pitts, M.C. and James P. McGovern, M.C., Co-Chairmen of the Commission, heard that seven years after President Obama’s decision, the US has completed two active terms on the Council, and has played a key role in pushing for country-specific action on Iran, Syria, Burma, DPRK, among others, and a renewed focus on universality, including freedoms of expression and assembly. Notwithstanding, the hearing introduction noted that ‘some continue to accuse the Council of an anti-Israel bias and membership continues to be problematic.’ The hearing therefore examined the successes and shortfalls of US engagement with the Council, its current forms of operation and priorities, and possible options for reform that would help the Council more effectively achieve its original mandate.
The hearing, which was divided into two parts, heard from a number of witness from the US Government, and from civil society. Witnesses included: Ambassador Keith M. Harper, Representative of the United States to the United Nations Human Rights Council; Ms. Erin M. Barclay, Deputy Assistant Secretary, Bureau of International Organizational Affairs, U.S. Department of State; Mr. Scott Busby, Deputy Assistant Secretary, Bureau of Democracy, Human Rights, and Labor, U.S. Department of State; Dr. Mark P. Lagon, President, Freedom House; Mr. Ted Piccone, Senior Fellow in the Project on International Order and Strategy, Brookings Institute; Mr. Hillel Neuer, Executive Director, U.N. Watch; and Mr. Marc Limon, Executive Director, Universal Rights Group.
Offering the perspective of a policy think tank based in Geneva, Mr. Limon reflected on the Council’s important achievements over the past ten years, and argued that US engagement had been crucial to most of them. He also offered ideas on how to strengthen the Council in the future, and urged continued US support for such reforms.
This hearing was open to members of Congress, congressional staff, the interested public and the media.
Information from the hearing, including testimonies, can be read here.