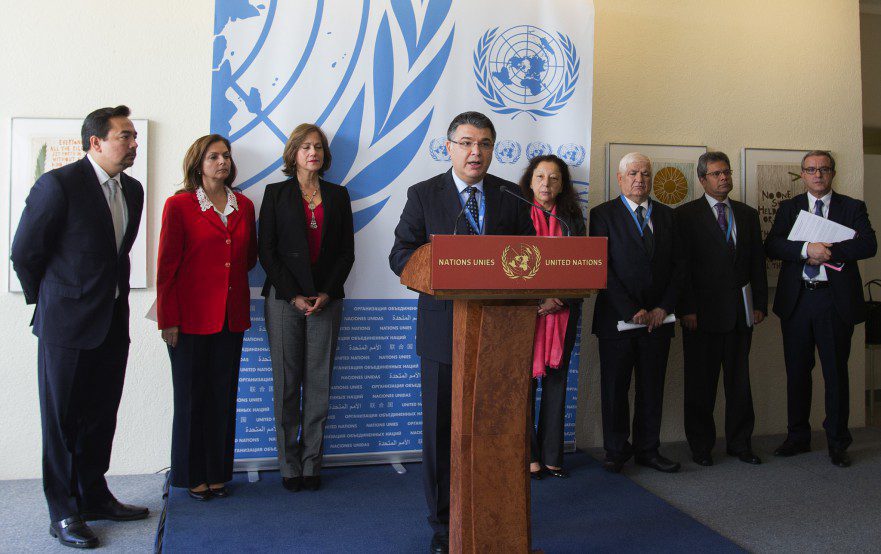 The spread of violent extremism poses a direct threat to international security, to the enjoyment of universal human rights, and to global efforts to realise the Sustainable Development Goals.
In General Assembly resolution A/RES/70/254 on the Secretary-General’s Plan of Action to Prevent Violent Extremism, adopted by consensus on 12th February 2016, UN Member States stressed that it is essential to address the threat posed by violent extremism, and recognised that violent extremism cannot and should not be associated with any religion, nationality, civilization or ethnic group. They welcomed the initiative of the Secretary-General and took note of his Plan of Action to Prevent Violent Extremism. Member States also decided to give further consideration to the Plan of Action at the Global Counter-Terrorism Strategy review in June 2016 as well as in other relevant fora.
Starting in April 2016, the URG is implementing a project to better understand the role of the international human rights system in preventing violent extremism, and to assess how the UN’s growing work on CVE/PVE ‘fits’ with other related areas of UN work – such as initiatives to combat religious discrimination and intolerance, to protect human rights while countering terrorism, and human rights education. The project will seek to provide recommendations to policymakers in order to promote the emergence of a strong and coherent UN response that effectively prevents violent extremism and promotes the full enjoyment of human rights.
Featured Image: First HRC Resolution on Human Rights and Preventing and Countering Violent Extremism, United States Mission Geneva, licensed under CC BY-ND 2.0.