The Universal Rights Group (URG), a new think tank focused on international human rights policy, was officially launched on 20 January 2014 in the presence of over one hundred and twenty human rights policy-makers, including around fifty Permanent Representatives and ambassadors, senior UN officials from the Office of the High Commissioner for Human Rights, the International Labour Organization, the International Organization for Migration, the World Trade Organization and the Office of the High Commissioner for Refugees, as well as representatives from other international organisations, state experts at the Human Rights Council, NGO leaders, academics and members of the press.

During his opening remarks, Dr Ahmed Shaheed, Chairman of the URG Board, outlined the areas of work of the Universal Rights Group, underscoring its support to policy-makers of the human rights system in their everyday work and in deepening public interest in the international human rights system and bringing the system closer to the people it is sworn to protect. 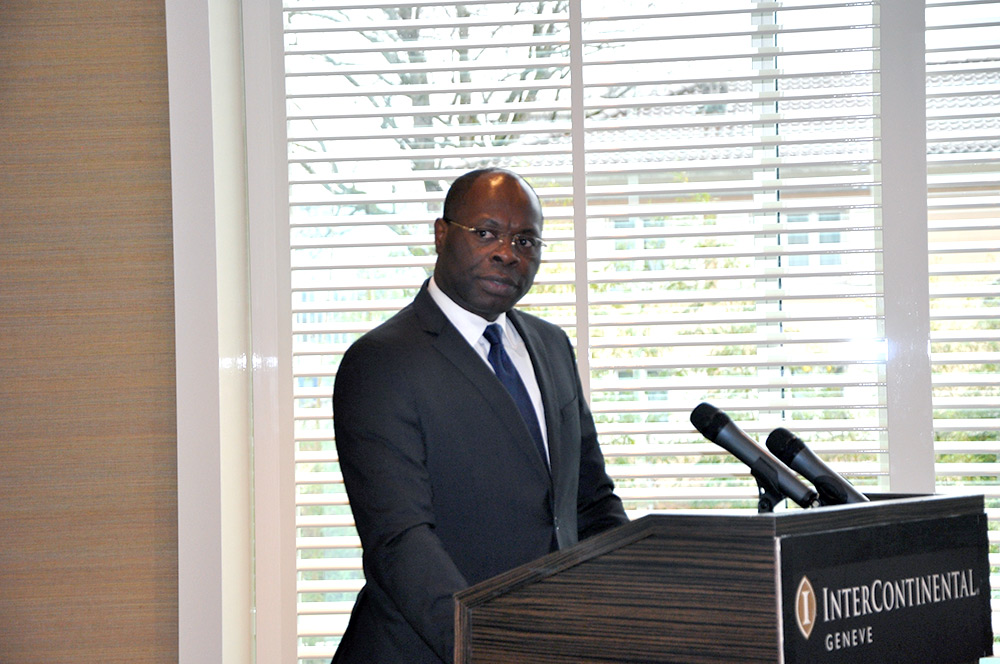 In his remarks, H.E. Mr Baudelaire Ndong Ella, President of the Human Rights Council, welcomed the launch of the Universal Rights Group, which is linked to a common wish to shine a light on the international human rights system and to offer the wider world a window onto the work of the Human Rights Council and its mechanisms. He also highlighted the importance of the Universal Rights Group as a platform for policy-makers to “give thought to how the Human Rights Council and its mechanisms can work better, how the outputs of the Council can have more meaning for people on the ground who need our help and support, how we can ensure that the recommendations produced by mechanisms such as UPR, Special Procedures and Treaty Bodies will actually be implemented, and how we can help the Council be more accessible for the general public so that people feel a sense of ownership and trust”.

The event also featured speeches by Mr. Craig Mokhiber, Chief of the Development and Economic and Social Issues Branch at OHCHR, and Sir Nigel Rodley, President of the Human Rights Committee, and marked the launch of a major new textbook on human rights: The Routledge Handbook of International Human Rights Law, a book edited by Sir Nigel Rodley and Scott Sheeran, a member of the Universal Rights Group Advisory Committee.

The Universal Rights Group (URG) is a small, independent think tank dedicated to analyzing and strengthening global human rights policy. It is the only such institution in Geneva and the only think tank in the world focused exclusively on human rights. The goal of the organisation is to support and strengthen policy-making and policy-implementation in the international human rights system by providing rigorous yet accessible, timely and policy-relevant research, analysis and recommendation. It provides a forum for discussion and debate on important human rights issues facing the international community and a window onto the work of the Human Rights Council and its mechanisms – a window designed to promote transparency, accountability, awareness and effectiveness. A key aspect of this goal is to make the international human rights system more accessible to, and bring it into closer orbit with policy-makers and other stakeholders – including the victims of human rights violations and human rights defenders – at regional, national and local levels.

The URG secretariat is made up of former UN diplomats and NGO representatives. The Board of Trustees is comprised of eminent human rights experts, including current and former UN Special Rapporteurs, members of Treaty Bodies and senior academics. The Honorary President of the URG is H.E. Mr. Jose Ramos-Horta, former President of Timor Leste and Nobel Peace Prize Laureate.. More information on the URG can be found at www.universal-rights.org