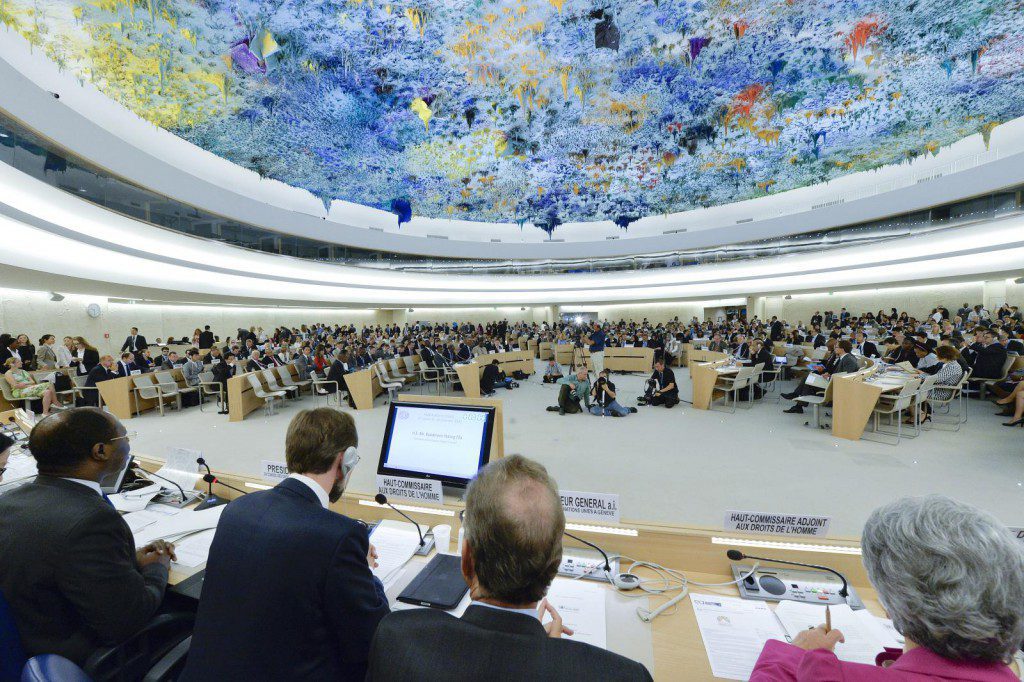 When the Human Rights Council was established in 2006 following a decision of UN Heads of State, its founders envisioned it as a body with a core mandate to ‘address situations of violations of human rights, including gross and systematic violations, and make recommendations thereon.’ Nine years on, state enthusiasm for the Council continues to grow and, linked to this, so does its output, which has increased exponentially – over 27 regular sessions, the Council has adopted a total of 762 texts, at an annual rate that has been steadily increasing.
However, a new study by the Universal Rights Group, a Geneva based policy think tank, entitled Ensuring Relevance, Driving Impact: The evolution and future direction of the UN Human Rights Council’s resolution system, has revealed that this quantitative expansion of the Council’s resolution system has occurred in a manner inconsistent with the tenets of the body’s core mandate. In particular, the Council has consistently prioritised discussion of general thematic issues over addressing country-specific human rights situations including human rights violations, with over 55% of all its resolutions focused on the former, and only 7% focused on the latter.Moreover, where the Council has focused on its protection mandate – addressing human rights violations in specific countries – it has been extremely selective. In the 8 years of its existence, only 12 different states have been the topic of resolutions under its agenda item 4 on “human rights situations that require the Council’s attention.” When considering the range and scale of human rights abuses around the world, it is clear that it is nonsensical for the Council to claim that only 12 situations (mainly in Africa) require its attention. Perhaps the most egregious example of this selectivity relates to the Council’s particular obsession with the Middle East. The body has adopted over 3 times as many resolutions on the Occupied Palestinian Territories as it has on any other country. 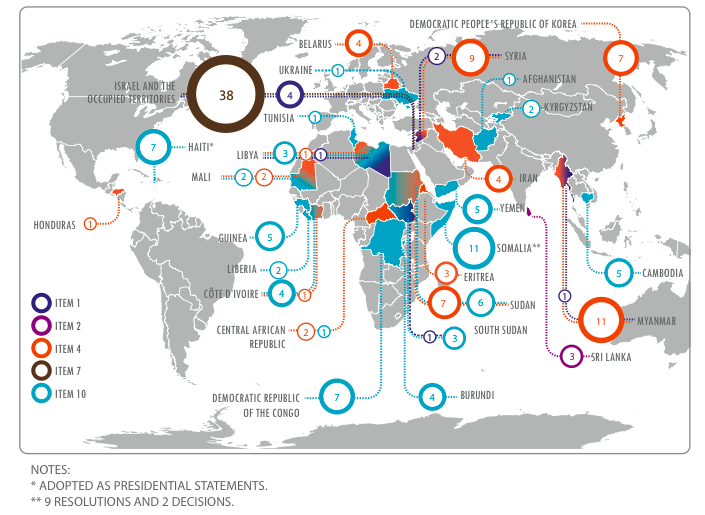 Meanwhile, the costs of the Council’s (mostly thematic) resolutions have exploded over the last year, with new resource requirements arising from 2014 texts totalling over 19 million dollars – only fractionally less that the total costs of 2012 and 2013 combined.

As states and civil society look towards the Council’s ten-year anniversary in 2016, there is a growing awareness of the need to make the body more efficient, more relevant and more focused on on-the-ground impact. That should include efforts to make the UN’s human rights resolution system more effective, efficient, relevant and sustainable by reorienting state behaviour in line with the original vision of the Council’s founders.