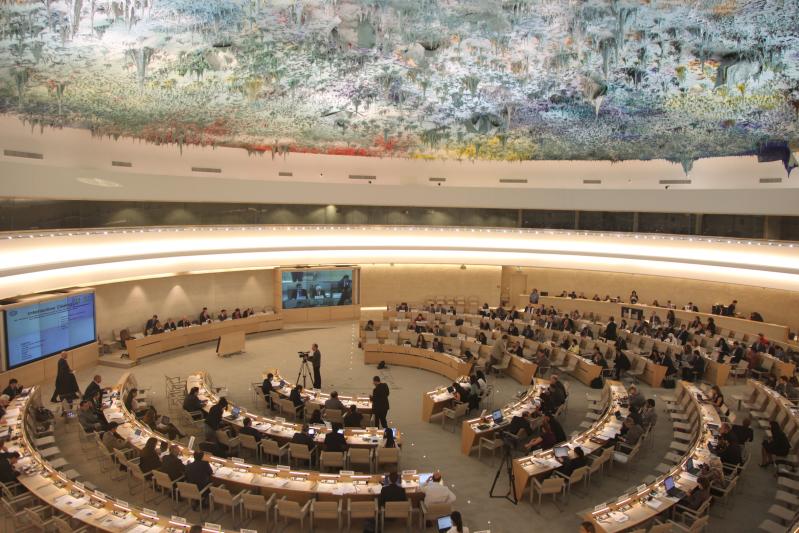 As is well known, since 1948 the UN has debated and set a wide canopy of universal human rights norms. Through the Universal Declaration, the two Covenants, and various human rights conventions, optional protocols, guidelines, and resolutions, the international community has produced thousands of words across hundreds of documents, stipulating, in some detail, what States should do to better promote and protect human rights. The question is: have States taken meaningful steps to turn those words into actions?

Until recently the answer to that question would have been a resounding ‘no.’ The long-standing international human rights ‘implementation gap,’ was regularly acknowledged but never practically addressed.

The establishment of the Human Rights Council in 2006 was partly designed to finally move the international community towards practical action. The then UN Secretary-General famously called on the new body to lead the world from ‘the era of declaration’ to the ‘era of implementation.’ Yet for most of its first decade the Council and the wider human rights pillar failed to heed this call, content instead to continue to generate hundreds of resolutions every year, call for hundreds of new reports from OHCHR, establish more norm-setting Special Procedures mandates, generate thousands of recommendations (from UPR, Special Procedures and Treaty Bodies,) etc. During this time, there was an almost complete absence of any discussion about what happens to all these recommendations once they have been generated in Geneva – let along any discussion on how States could better turn them into practical on-the-ground improvements in policy and practice.

Spurred partly by the second and third Glion Human Rights Dialogues, which adopted a bottom-up approach to understanding and strengthening the effectiveness and impact of the UN’s human rights pillar, and which ended by calling for a new international ‘Implementation Agenda’ (leading up to the next review of the Council in 2021), partly by the outcome of the Treaty Body strengthening process, and partly by a concern that the UPR mechanisms must begin to demonstrate and measure impact in order to remain credible, a range of actors began to take important new steps to finally bridge the ‘implementation gap.’

That included steps at international level (sometimes called ‘upstream’ actions – including the better clustering and presentation of recommendations, improved delivery of capacity-building support, etc.) and, importantly, steps at domestic level. Key to the latter has been growing international interest in so-called ‘national mechanisms for reporting and follow-up’ (NMRF) or ‘standing national implementation, coordination and reporting structures’ (SNICRS). These are a new kind of national structure or mechanism, created by the State itself (i.e. the government), specifically to translate international norms and recommendations into domestic action and improvement.

As part of this growing interest, in 2015, the Council adopted resolution 30/25 on ‘promoting international cooperation to support national human rights follow-up systems and processes’, sponsored by Brazil and Paraguay, which requested ‘the High Commissioner to organize an intersessional half-day panel discussion,’ during the October-November 2016 session of the UPR Working Group. (It is worth noting that this, in itself represented an important innovation for the Council – it would be the first time a panel would be convened outside a regular Council session). Following the adoption of resolution 30/25, on 8th November OHCHR and the Council convened an intersessional panel discussion on promoting international cooperation to support NMRFs/SNICRS.

Ms Kate Gilmore, Deputy High Commissioner for human Rights, opened the panel affirming that the ‘cycle of national assessment, reporting, recommendations for progress and implementation of those’ is a virtuous cycle that drives ‘forward momentum for human rights progress.’ She called for spaces to be opened up for dialogue between States on experiences with national implementation, which would allow, inter alia, an identification of capacity-building needs. With this in mind, Ms Gilmore explained that OHCHR had completed an initial global survey of evolving State practice with establishing NMRFs/SNICRS and on the basis of that survey had produced a new ‘Practical guide to effective State engagement with international human rights mechanisms.’[1]

The Council then heard from a number of government ministers – from Ecuador, Paraguay, Belgium, and Mauritius – about evolving ‘good practice’ with regard to NMRFs/SNICRS. While speakers recognised that there is ‘no one size fits all’ approach to establishing national implementation and reporting systems, it was nevertheless clear from the discussion that evolving good practices share a number of common elements:

All panellists also highlighted the importance of international cooperation to support the development of NMRFs. The vital support provided by OHCHR was recognised by Ecuador, Paraguay and Mauritius. Paraguay also drew attention to bilateral cooperation, including South-South cooperation.

During the discussion that followed, a repeated concern on the part of some States was the question of whether establishing NMRFs/SNICRS merely added another layer of bureaucracy to already heavily bureaucratic governments. In reply, a number of panellists explained that creating single streamlined national structures for the implementation of and reporting on all relevant UN and regional recommendations, actually helps lighten the burden for States. It allows for a more efficient deployment of resources, making it easier for States to comply with their international obligations, and making reporting back to the UN on progress far easier. NMRFs also help promote transparency and inclusiveness at national level – helping all stakeholders keep track of progress and contribute. NMRFs therefore represent a “win win.”

[1] The ‘new information leaflet that OHCHR has prepared on international cooperation & national human rights follow-up systems and processes’, which ‘outlines the different elements of follow-up systems and processes, and presents the different tools developed by OHCHR’ in this regard. She also announced the launch of a study entitled “National Mechanisms for Reporting and Follow-up: A Practical Guide to Effective State Engagement with International Human Rights Mechanisms”