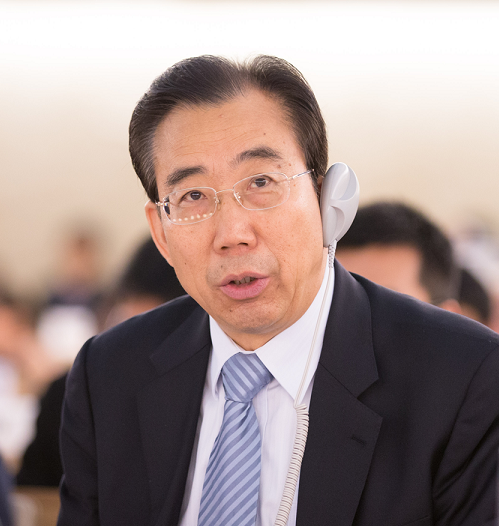 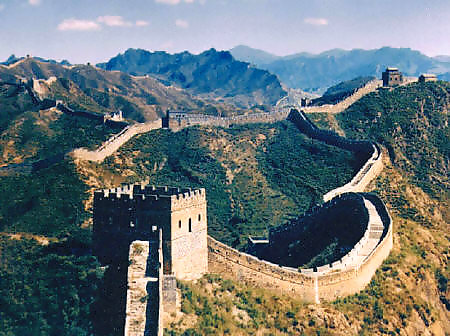 In October 2013, before taking office as the Permanent Representative of China to the United Nations Office in Geneva, I led the Chinese delegation that participated in our second cycle review under the Universal Periodical Review (UPR). The review took place, of course, in Room 20 of the Palais des Nations, and I was deeply impressed by the colourful ceiling designed by the Spanish artist Miquel Barcelo. I was told that the artist interpreted his design as like the inside of a cave, which is in turn a metaphor for the Agora, the central meeting place of Ancient Greece or a large African tree under which people meet to talk. This symbolism implies that dialogue and human rights are the only way to secure a better future. Having sat in Room 20 for one and a half years, I am still digesting those thoughtful words.

Human rights is one of the three pillars of the UN’s work and its mainstreaming has progressively gained momentum since the inception of the Human Rights Council (the Council) nearly 10 years ago. Over the intervening years, we have experienced a lot, and many lessons have been learned.

Almost 10 years ago, in 2006, the General Assembly adopted resolution 60/251 and decided to replace the Commission on Human Rights with the new Council. It was a decision reflecting both a wish to upgrade the status of human rights as well as a desire to ensure the healthy and effective development of the UN human rights system

The clear division of labour between the Council, the UPR and the Special Procedures is intended to both supplement as well as to avoid duplication with each other.

Since its establishment, the Council has played a positive role in the protection and promotion of human rights. It meets for 10 weeks a year (actually 15 weeks as the Council meets for 9 hours a day) compared with the 6-week only session of the Commission. The UPR, with its working group, meets for 6 weeks a year and, with its continued 100% participation rate, provides a unique and important platform where the human rights situations and commitments of all UN Member States are assessed. Today, there are 55 human rights Special Procedures mandates with 79 mandate holders (representing a sharp increase in both the number of mandates and mandate-holders in recent years) covering economic, social, cultural, civil and political rights.

We note with interest the strong political commitment of the international community towards the protection and promotion of human rights. The 28th session of the Council in March this year, for example, saw record high-level engagement, including around 100 heads of state, heads of government, and foreign ministers.

We are also encouraged by the increasing enthusiasm for women’s rights and gender equality. This year marks the 20th anniversary of the World Conference on Women (WCM) and the adoption of the Beijing Declaration and Platform for Action. A series of initiatives have been launched in this regard. At the recently concluded 29th session of the Council, resolutions on violence against women and on discrimination against women were adopted. Together with Mexico, Denmark and Kenya, the other three previous host countries of the WCW, China co-sponsored a side event on “Beijing+20+: Gender Equality.” China also delivered a joint statement on behalf of a cross-regional group of countries on eliminating and preventing domestic violence against women and girls.

Earlier in the year, during the Council’s 28th session (in March), a Presidential Statement on Beijing+20, proposed by China, was adopted by consensus. Also in March, the UN Commission on the Status of Women adopted a political declaration on Beijing+20.

Looking ahead, we look forward to the Global Leaders’ Meeting on Achieving Gender Equality and Women’s Empowerment, to be held in New York on 26th September.

With the drastic increase in the activities of the Council, there is an emerging consensus around the importance of better allocating the limited resources at our disposal. In our view, the pressing task is to ensure that the Council strictly fulfils its mandate as set out by the General Assembly, upholds the principles of universality, impartiality, objectivity and non-selectivity, focuses on identified priorities and real needs and avoids competition for resources. We note with interest that a Presidential Statement on enhancing the efficiency of the Council was adopted by consensus at the 29th session.

At the same time, I have worries about some unhealthy or even harmful phenomena and trends at the Council. These include a rising tendency to politicise human rights issues, heavy-handed interference in the internal affairs of States under the pretext of protecting human rights, naming and shaming and other confrontational approaches. There are also rising instances of xenophobia and discrimination based on religion, colour, gender and race throughout the world. Moreover, the two main categories of human rights – economic, social and cultural, and civil and political – have not been treated in a balanced manner. The right to development (RTD), which is critical for the protection and promotion of human rights in developing countries, has not been effectively realised and some Member States even refuse to recognise it as a human right at all – even though it has been reiterated in numerous UN resolutions and human rights instruments.

This year marks the 70th anniversary of the United Nations. The Human Rights Council will turn 10 years old next year. We need to use these anniversaries to seriously reflect on what we have done and achieved in the past, including the lessons to be learned, and to identify the best way forward.

I have been told that different people have different interpretation of the ceiling in Room 20, depending on which angle you look to it. This implies that there is always more than one solution to the same challenge. Our world is a diversified one and, when we discuss human rights related issues, we need to bear in mind the different social and cultural backgrounds of States as well as their different levels of development. It is essential to remember that in order to promote human rights, dialogue and cooperation rather than finger pointing and confrontation are, if not the only way, at least the more preferable approach and the right way to secure a brighter future.

When responding to the UPR working group in 2013, I said that when it comes to the human rights situation around the world, no country is the best and we can all do better. As far as China’s human rights cause is concerned, there is no perfect tense but only progressive tense. We are determined to work closely with all sides, based on the principle of equality and mutual respect, to further promote the international human rights cause.

* The views expressed in this article are the author’s own, and do not necessarily represent the position of the URG